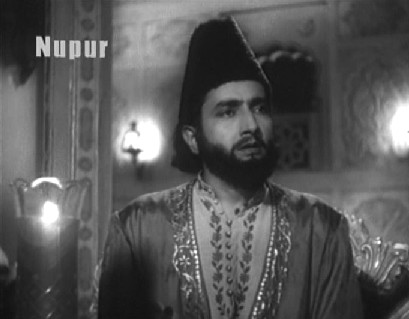 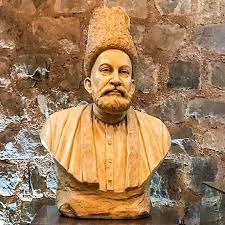 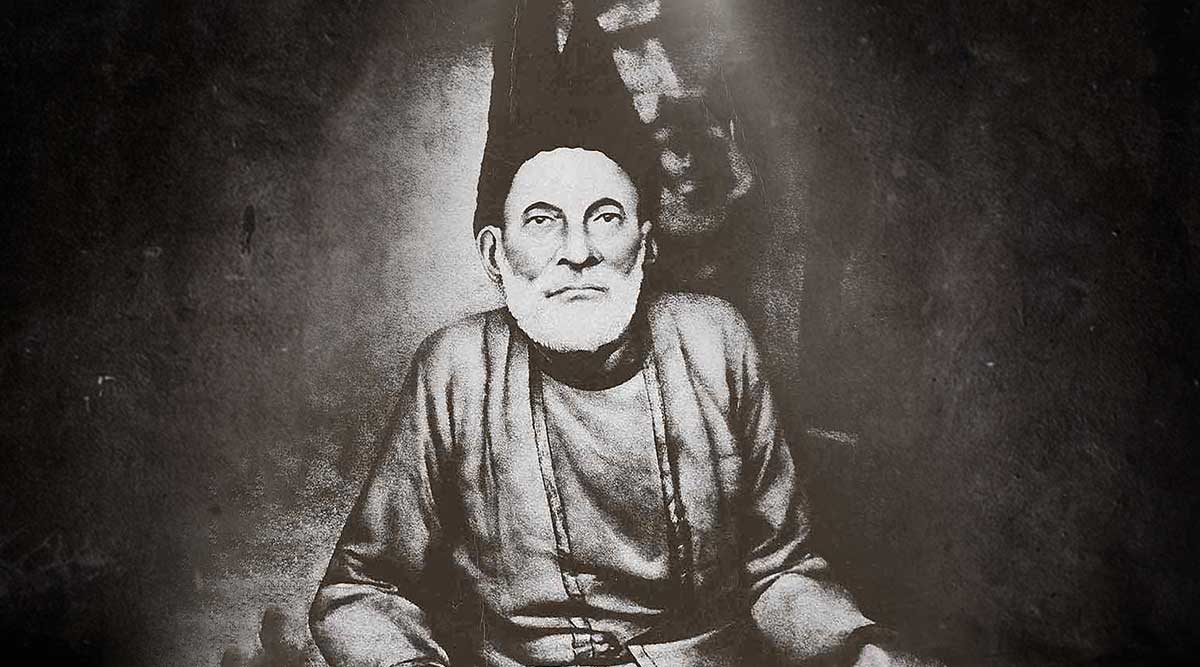 Mirza Ghalib’s poetry was a collage of human expressions. He was the beloved, the observer, the follower on separate occasions and his poetry reflected his moods. He had the capacity to endure the gravest tragedies and break down at the smallest accusations. His poetry was, like the man himself, intriguing – restless, volatile, unpredictable.

There are stories that Ghalib was the inheritor of great fortune but he had little time and no inclination to follow on what was left for him by his forefathers. Life was not kind to Ghalib, or perhaps happiness simply evaded him frequently. 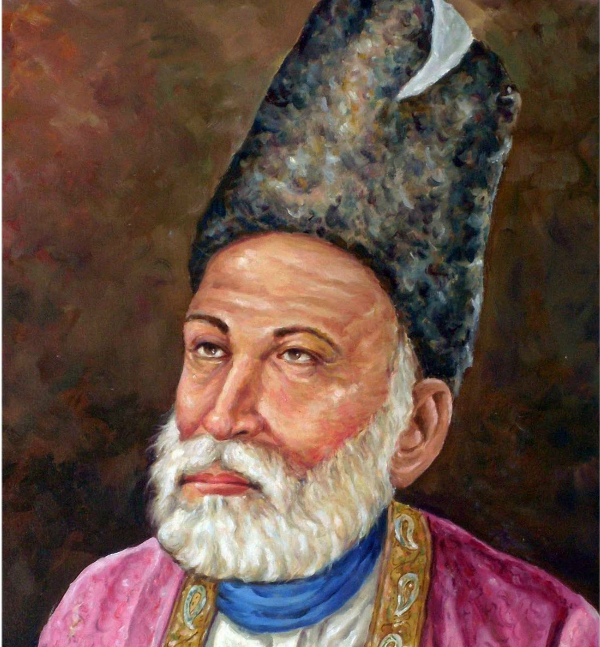 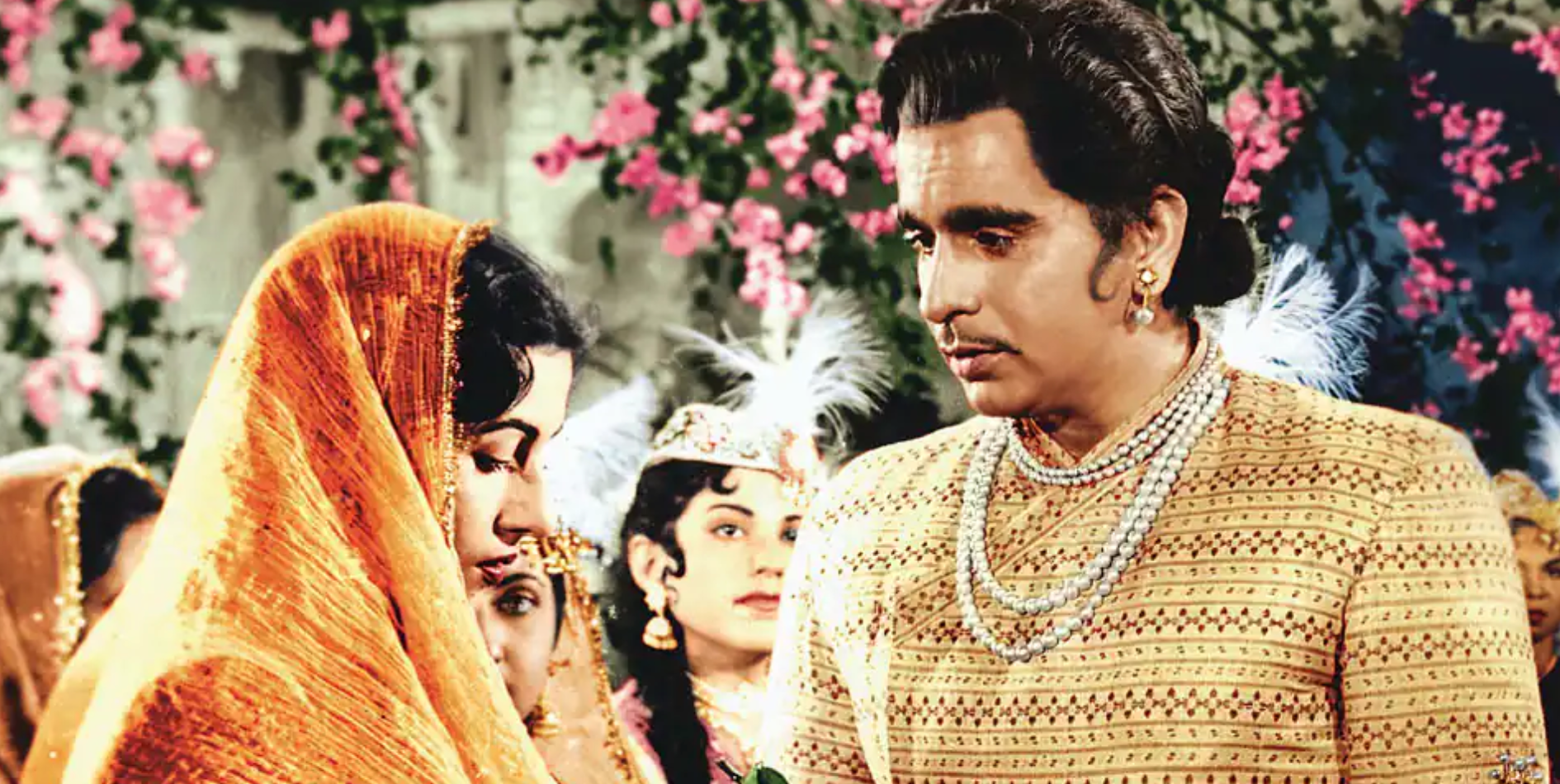 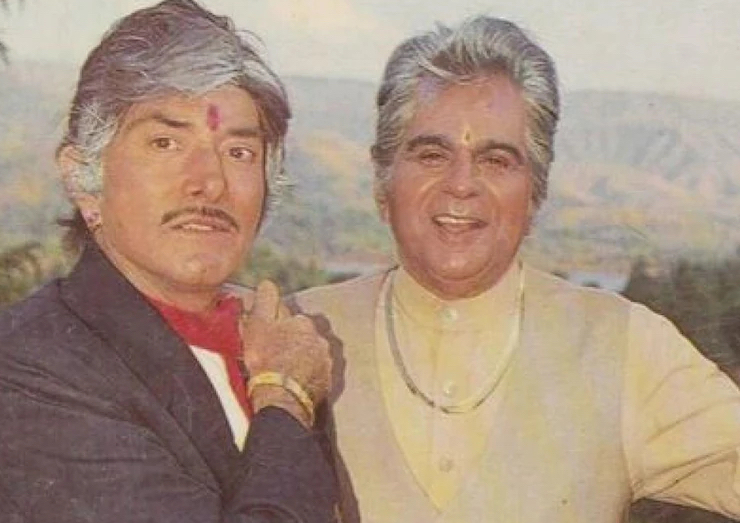 Today, when I am older and more experienced, I look back on the memory with enchantment. Actors are also human beings and respond to people and situations intuitively. Maybe Dilip Kumar sensed my anxiety at the press conference and wanted to put me at ease, as for the car ride, I can only describe it as serendipity, the superstar was spontaneous again and I submitted to the magic!

A decade passed by and I never crossed his path, yes, I sometimes saw him from a distance at a film premier, party and mahurat but never struck a conversation with him. In 1990 director Subhash Ghai invited me for the shooting of Saudagar to witness Dilip Kumar and Raj Kumar shooting together.

Call it coincidence again, but as I walked towards the set, I noticed Dilip Kumar in costume walking a few steps ahead of me. He was about to enter the set, when he noticed the trolley moving and stopped! I stopped a few steps behind him and observed him watch Raaj Kumar give his shot. Suddenly, he noticed me watching him and stiffened! He continued to stand in the same spot staring at the floor. I realized I had trespassed his creative space, unconsciously interrupted an actor in preparation.

The good thing about the awkward moment however was, that I was privileged to witness the magic! 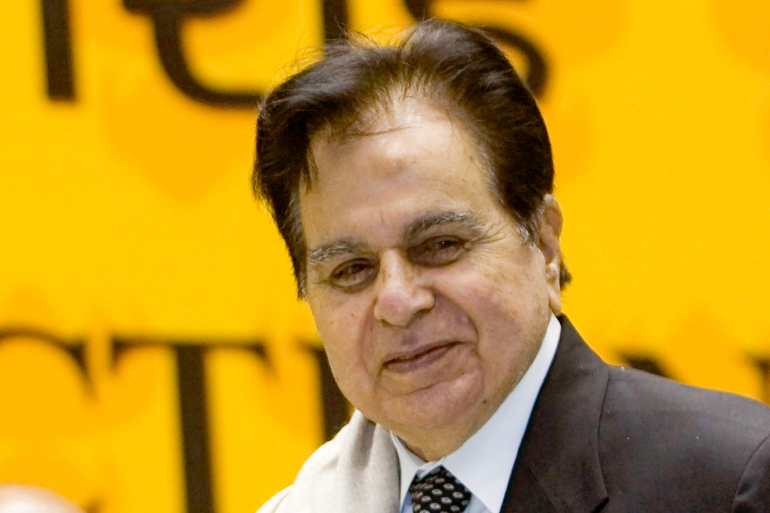 I did not speak to any of the association heads post the conference and did not file a report on the event either.

Next evening, around 7pm, I was crossing the road to go to Church Gate Station, when a shinning Black Mercedes stopped before me! The face at the window looked familiar and as I walked closer, Dilip Kumar smiled and opened the car door for me.

Unthinkingly, I stepped inside the vehicle but my mind was racing. Why had he stopped the car for me, was he confusing me for someone else and where were we heading? I sat on the edge of my seat and I am certain he was aware of my discomfort but continued to converse casually. He spoke so softly that he was barely audible and to not appear rude, I alternately shook my head and smiled.

When the car zoomed on to the Pedder Road, he asked the driver to stop aside, turning to me he said, “My destination has arrived, thank you for your company”. I got off on the middle of the road still perplexed about what had happened, I managed to hail a passing cab and hopped into it unsure if what had just happened was my hallucination or real. 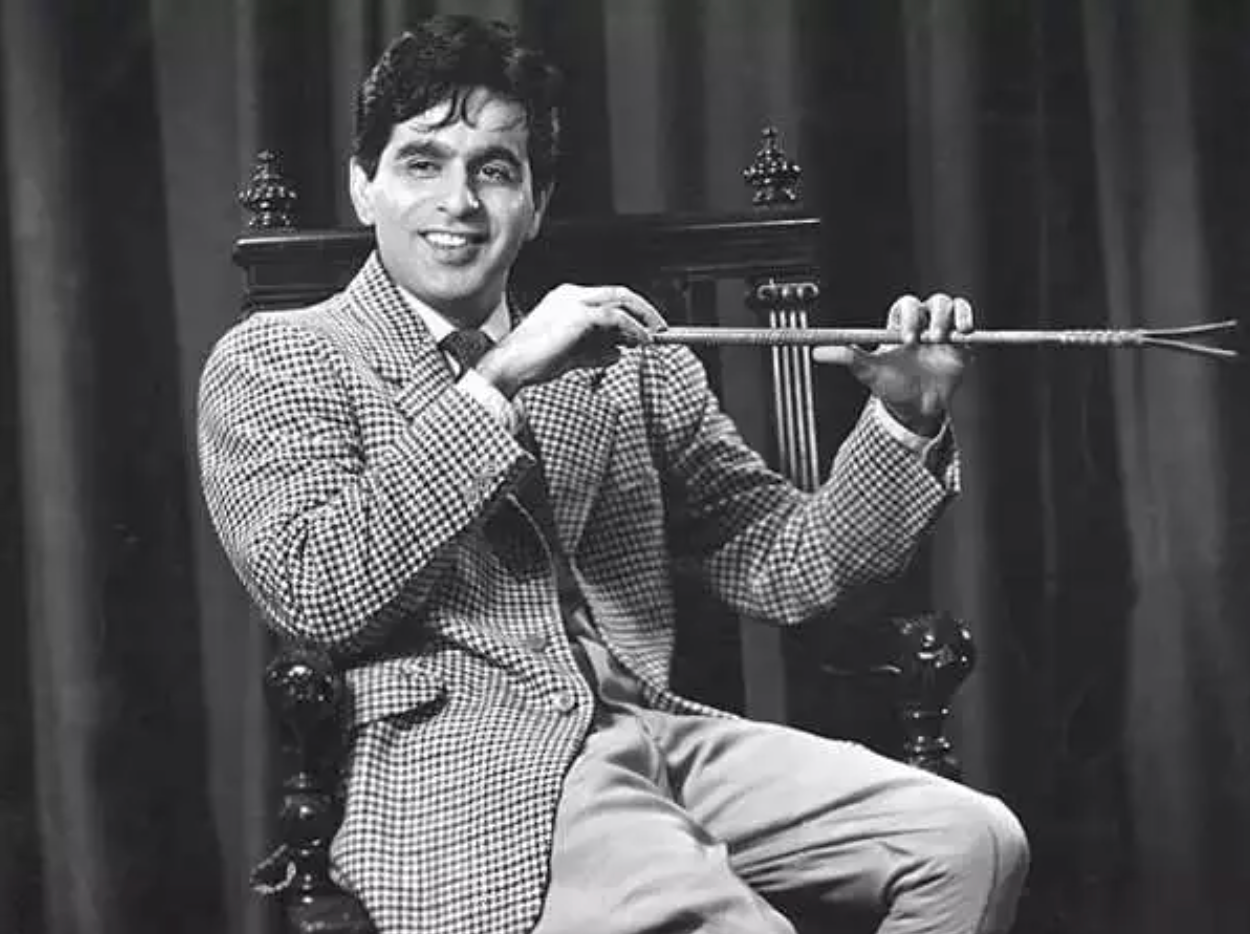 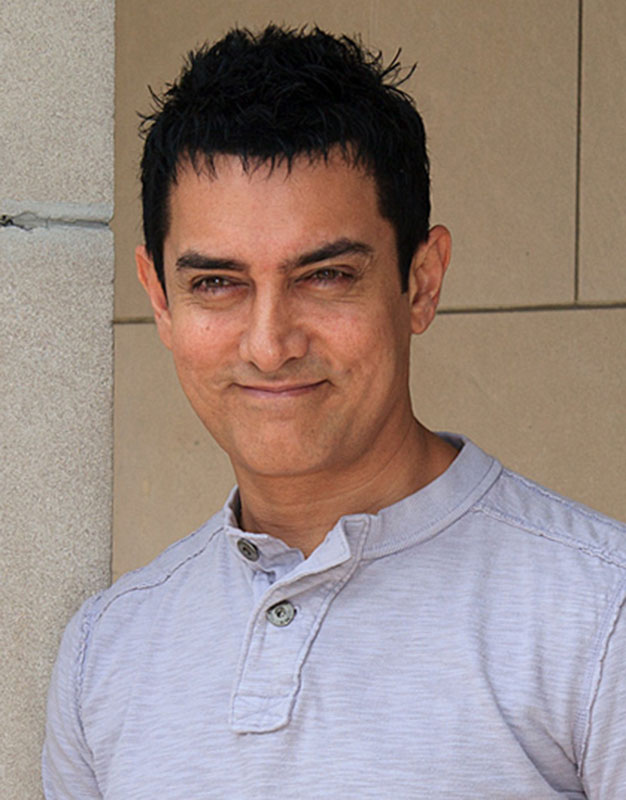 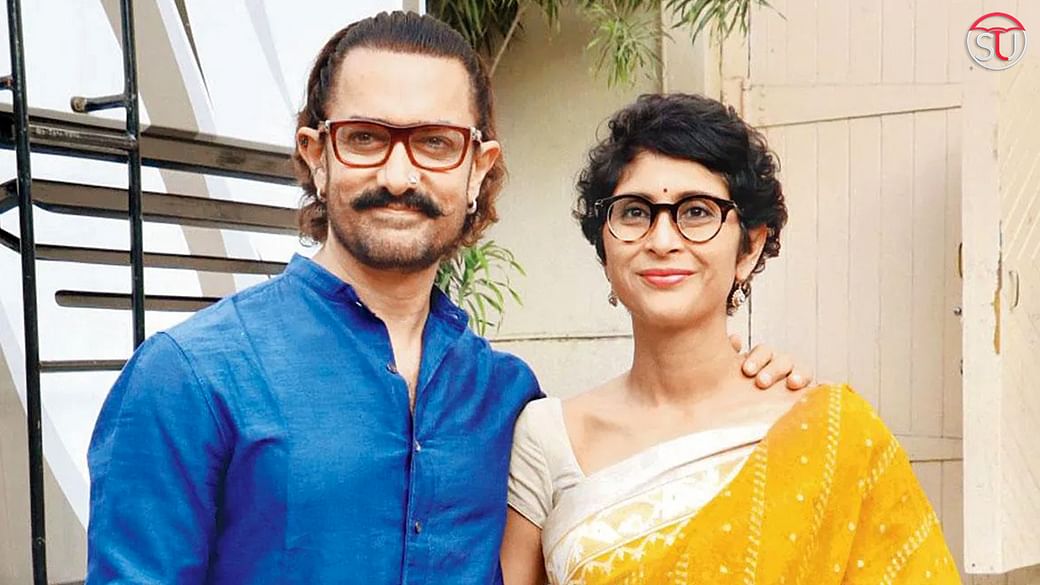 I will not get into the details about how, where and why the rot set into the sixteen-year-old relationship but three years post his divorce, Aamir Khan was ready to flaunt his new wife Kiran Rao, his assistant during Lagaan in a grand wedding reception attended by the entire film fraternity including Dilip Kumar, Dev Anand. Kiran called him Chottu and he loved her looking scholarly in her spectacles.

They moved into a new home, a new office, purchased more properties, had a surrogacy baby and a launched a joint company called Paani Productions. He traveled frequently for outdoor shootings; she stayed at home, wrote scripts, planned films, collected her son from school. At Diwali party and private screenings held at their home, Aamir and Kiran looked synchronized but the cracks must be adding up because the couple admits to strategizing a peaceful separation a while ago and only now feel comfortable to go public with the declaration.

I have read the carefully worded press note a number of times and feel it’s a sugar-coated statement that all’s well in a paradise called divorce. They reveal that 15 years of togetherness has grown into trust, respect and love for each other. Is it? Then why not transfer all this understanding and bonding to mend the existing relationship and save heartache to little Azad and your individual extended families?