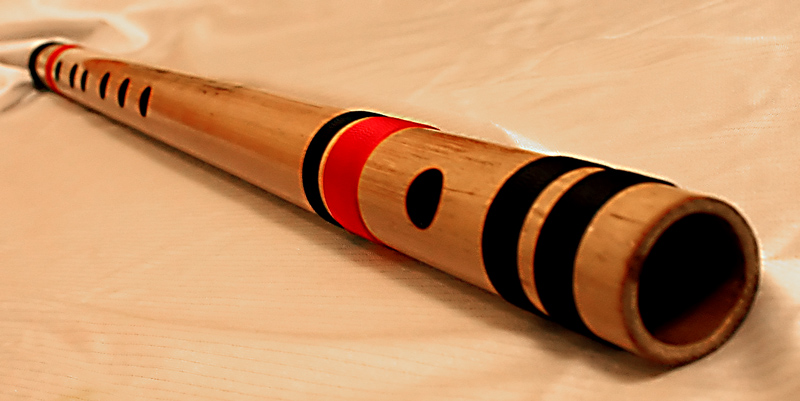 I look simple but I am intricate and demanding.

I call for diligence, for a method and appropriate measures failing which I cannot deliver melody. The positioning of the finger holes is calculated by measuring the bamboo shaft’s inner and outer diameters.

There is a formula in creating me. It is a special skill and this has to be intuitive, it cannot be taught or mentored.

The biggest challenge in structuring me is that I don’t give my creator a second chance. The flute maker has only one chance to burn my holes and a single mistake in calculation will ruin me forever.  He knows this and is careful to initiate a small hole, he then plays the note using a chromatic tuner and a drone called tanpura and gradually, bit by bit, with focused trial and adjustments, he invents a melody by sanding the holes in small increments. 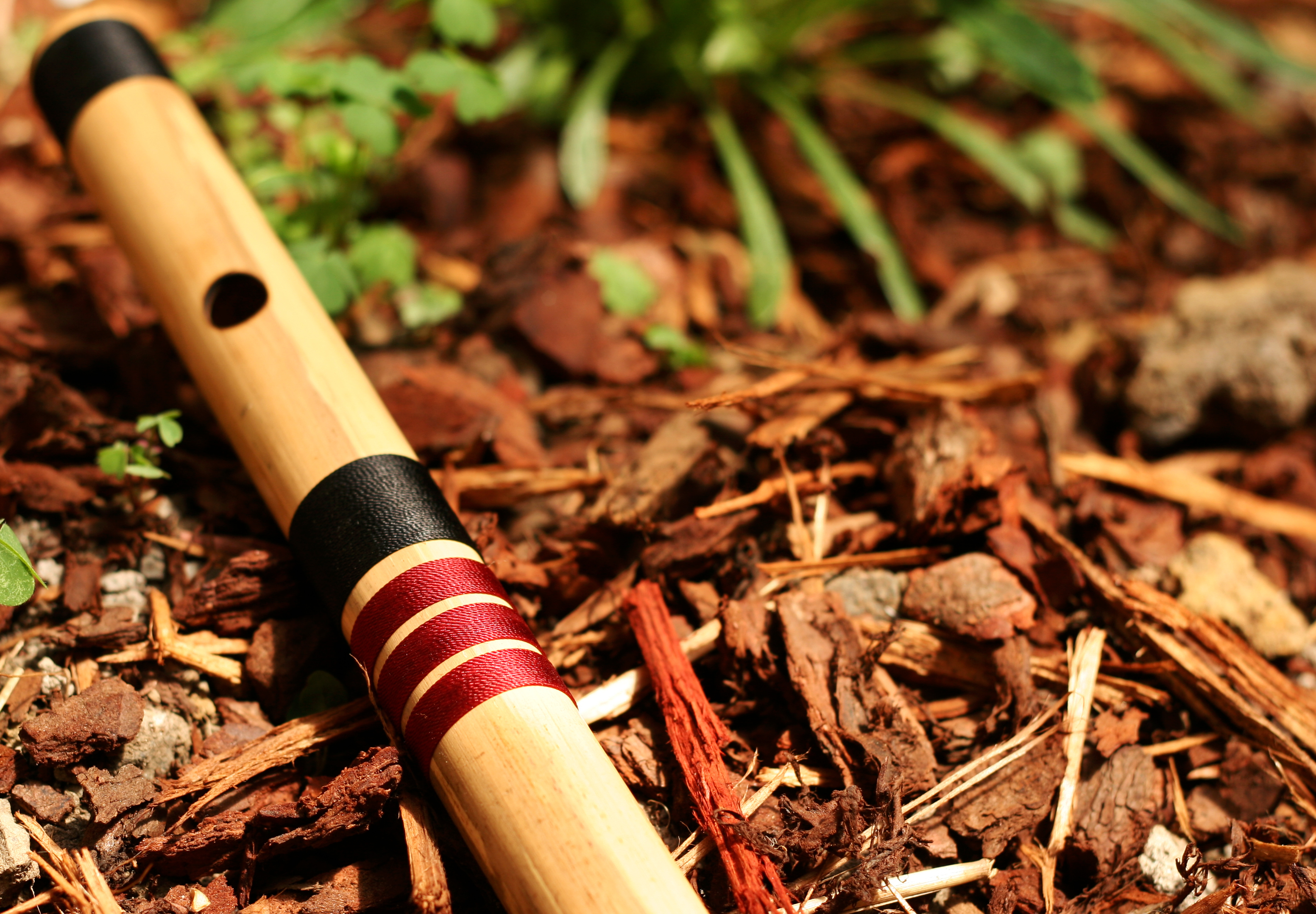 Some say I originated from South Asia and was identified as a musical instrument associated with the cowherds and the pastoral tradition.

I am linked to the legendary love story of Lord Krishna and Radha and also depicted in Buddhist paintings from around 100 CE.

The present generation knows me through skilled artistes who have mastered me and are custodians of music generated through me.

It is said that I originated from the Sanskrit word bans – meaning bamboo and sur – meaning melody. While everyone has one family, I have two types of families: transverse and fipple.

The transverse or side-blown bamboo flute is from northern India. It is one of the world’s most ancient instruments, having existed in more or less in its current form for about 4,000 years. 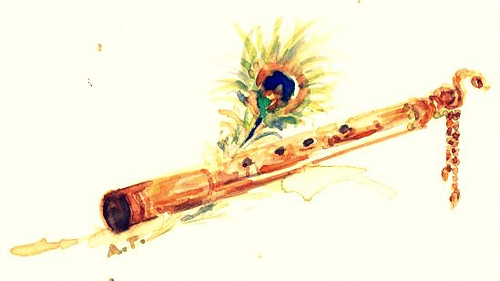 I was discovered amidst nature, created from a bamboo, and nourished in natural surroundings.

That is why every time I open my heart to express, flowers bloom, birds sing, and the skyline changes colours.

Legend has it that Lord Krishna would stroll every evening into the forest to communicate with the trees. He loved them and never failed to express his affection to all the branches and all the leaves. The trees adored him and every time he walked into the forest, they blossomed in his presence.

“The secret perhaps is in submission…If you submit to the sound of the flute, to the Lord, you’ll be drawn into the fragrance of the melody and maybe then, you will not find me invasive…”

In his discourse to his devotees, Sri Krishna emphasises the importance of the flute and draws similarities with human life. He explains that in the human body as in the flute, there are eight main spots: The five organs of perception, mind, intellect, and ego.

If you get rid of your ego and become like a hollow reed flute, then the Lord will come to you, pick you up, place you on his lips, and breathe through you… Then out of the hollowness of your heart he will create a captivating melody and consume you in his fragrance for eternity. 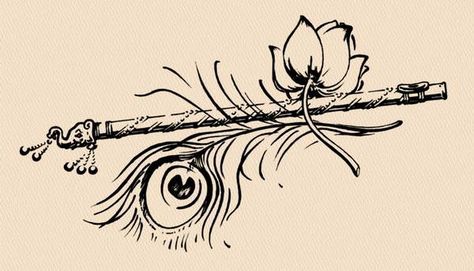 I am ancient, I am organic and I’m the oldest among the earliest musical instruments discovered by mankind and therefore associated with Satyug and the deities.

I am the mode of communication between Lord Krishna and his beloved Radha Rani. I am also the bone of contention between them and the reason of anxiety for Krishna’s gopikas. They are all envious of me and often complain to their Lord about me.

My Lord is aware of their resentment towards me and also their attraction for me. Everyone obsessed with Kaanha nurses mixed emotions towards me because I am where they desire to be.

I understand their hostility. 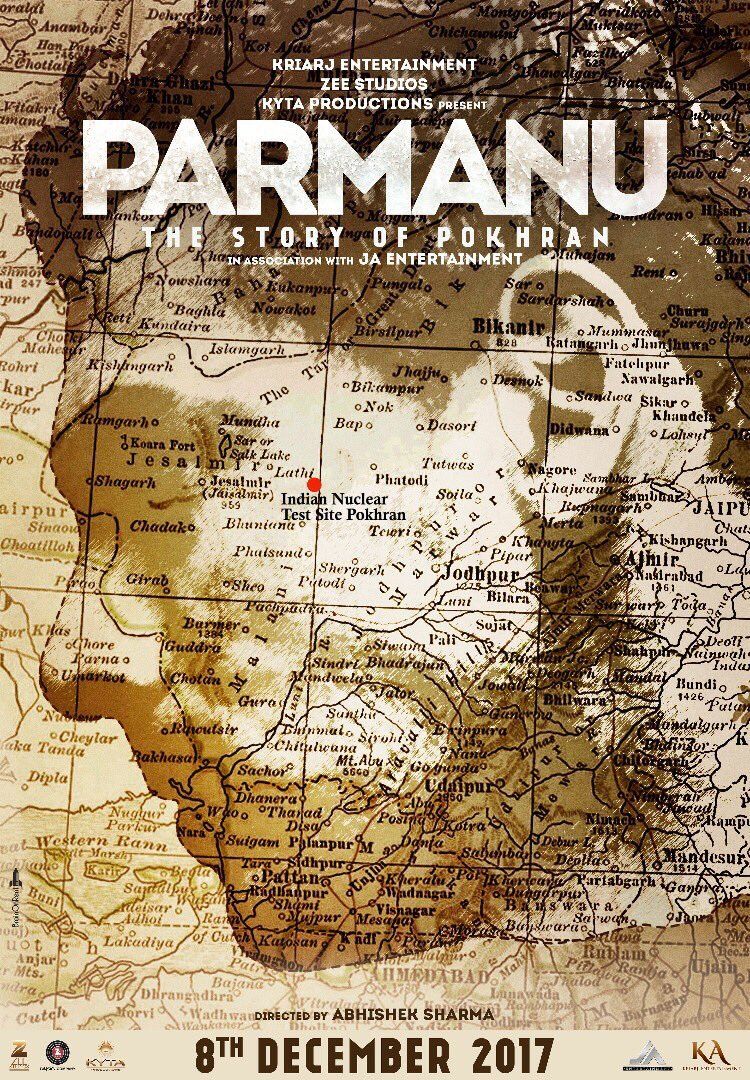 Gripping till the end

Film: Parmanu: The Story of Pokhran

The film opens with an amateur discussion in PMO office about China testing its 43rd nuclear bomb and a junior bureaucrat, Ashwat Rana/ John Abraham says it is time for India to get even with the neighbor countries and do their own tests.

Nobody pays heed to Ashwat and one of them uses his floppy as a coaster to hold his tea cup.

Post the meeting, Ashwat’s senior coaxes him to prepare a brief report on his master plan and he will share it with the Prime Minister. He does but the plan is executed without Ashwat’s involvement and fails! Ashwat becomes the scapegoat and is terminated from the job.

He now lives in Mussoori and works as a private tuition teacher from home until opportunity knocks his door again in the form of Himanshu Shukla, principle secretary to the Prime Minister.

Rai wants Ashwat to lead Pokhran 2 and this time Ashwat leads the operation like a Kurukshetra warrior with his able team of Pandavas.

What goes against the film are some exaggerations, some creative liberties and some facts distorted but all this can be overlooked because the tension is gripping and has you at the edge of  your seat.

What works for the film is the taut screenplay, crisp editing, the treatment, the pace, refreshing music and cinematography capturing a sand storm.

As always Boman Irani is the soul of the film in yet another sizzling performance.

I salute the producers of the film for choosing Pokhran 2 as their subject and bow to my country for its courage in face of adversity.

I rate Parmanu: The Story of Pokhran with 4 stars. 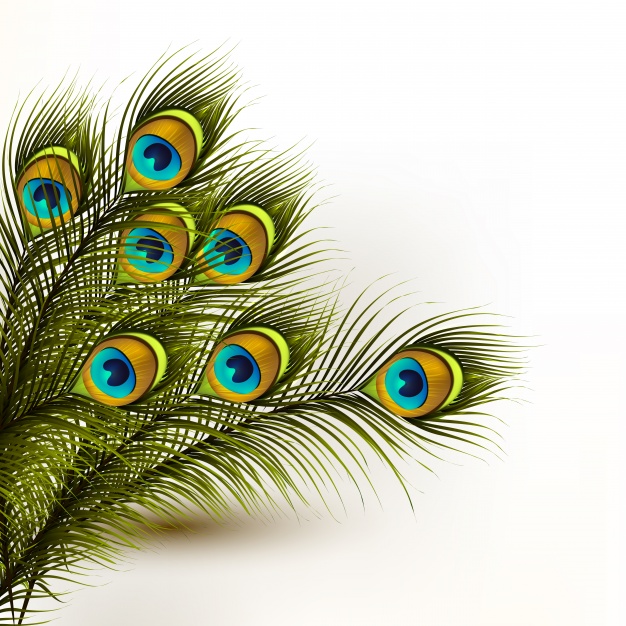 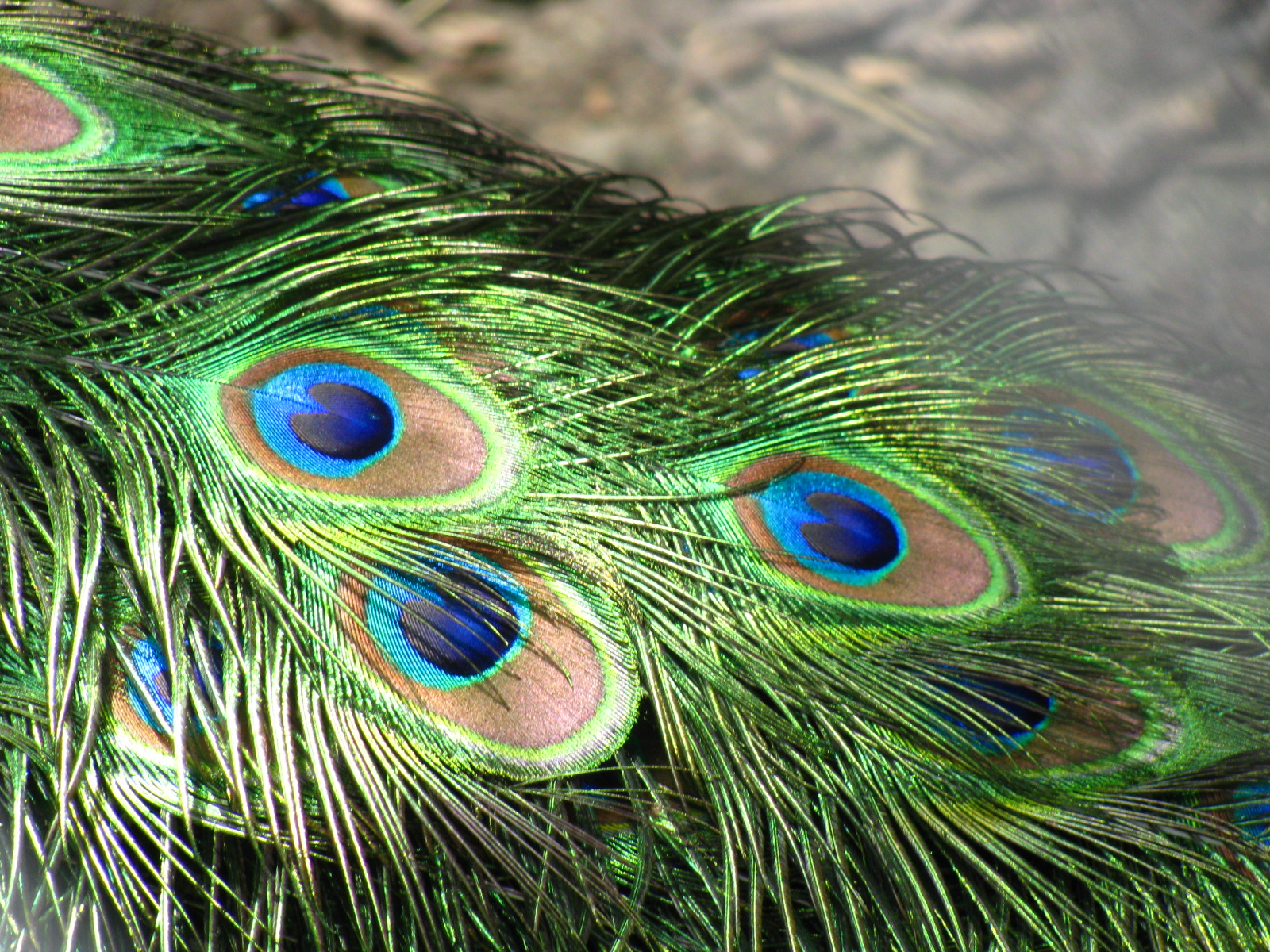 I am recognized as much for my beauty as for my vocals. I sing to attract peahens. I sing when I am mating, I sing just when I am about to mate, I sing during copulation, and I sing post mating. I sing because I like singing and because I love my voice.

I like dancing too and prance in the gardens when I am rejoicing or when I sense a climate change. I am attracted to the skyline, drawn to the clouds, and love the rains. When I dance I am joined by my friends and poets wait in the dark to watch the celebration.  That is how so many songs and verses have been written about us.

I reside in the forest amidst lush trees. I love the density and the quietude around me. I tread softly on the grass and pluck on the plants, sometimes flower petals, seed heads, insects, and whatever I find and I believe they like me to hover around them. I go searching for food at dawn or at dusk and stroll around leisurely until I am satiated and only then do I retreat to my shade and security. 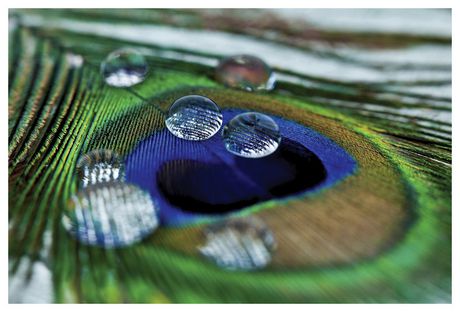 The Congo peacocks display their tails during courtship. Their feathers are comparatively shorter and their colours don’t sparkle in the way I shine when I dance in the sun.

I am attractive and I know it, I am aware that my beauty casts a spell around me and I enjoy flaunting my long tail quill feathers whenever I have an audience because I love being watched.

My counterpart, the peahen, is not as boastful as me and it is also because her plumage is not as radiant as mine and her colours, a mixture of dull grey, brown, and green can never have the effect I have on my surrounding. She accepts my superiority and shies away from attention. She hides when she is being watched and the only time she displays her plumage is to ward off female competition or to signal danger to her young ones. 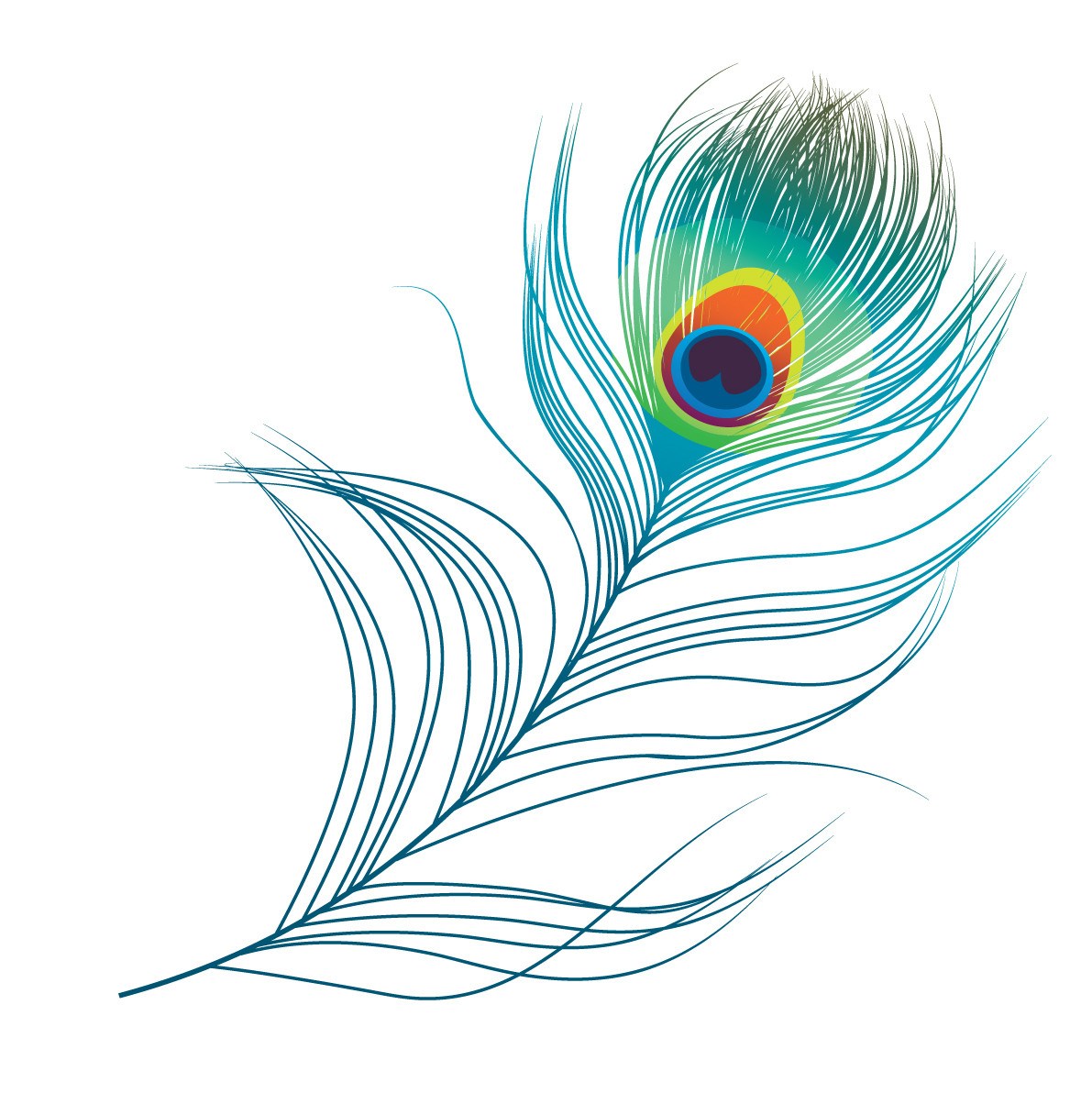 May  Lord Krishna grant us our wishes; Krishna whose pretty body, nurtured by drinking milk, is as smooth as freshly prepared butter and is smeared all over with drops of curd, which destroys the suffering of the three worlds, which is dark blue as the Tapinjha flowers, and is adorned with the fresh plumes of a peacock

I am fastened to my Lord’s crown and watch the world spin by. He never removes me from his hair band and I like to believe that because I am close to his head, I am forever in his mind.

Mother Yashoda says that I suit her Lalla’s crown because we have blue in common. He wears yellow pitambar but is always addressed as Niladri. I reflect multiple colours. I am always described in shades of blue.