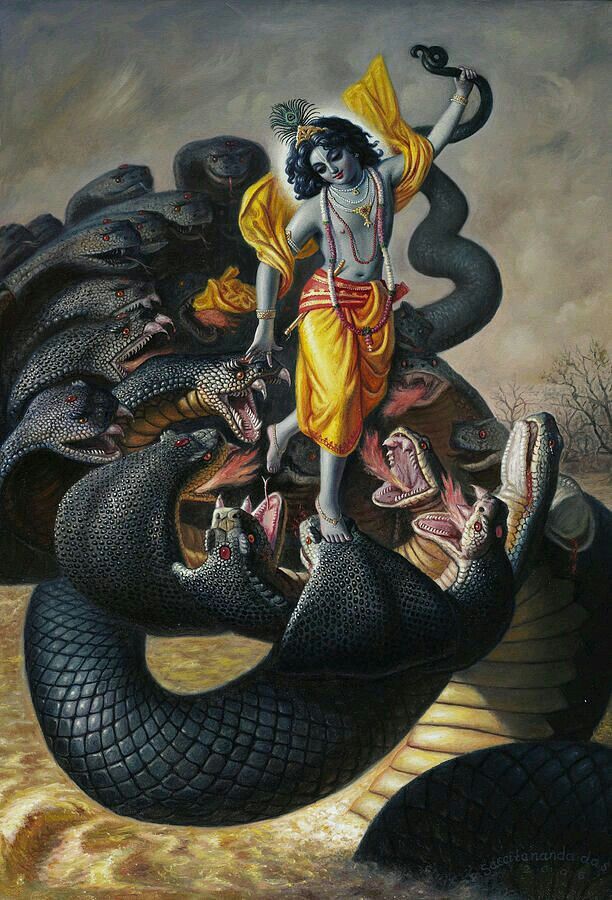 The Saviour: Lord Krishna saved Gokul from Kalianaag, infants from Puthna, his own life from mama Kansa, childhood friend Sudama from poverty and sister Draupadi from disrobing, our virile heroes are forever rescuing their sister, bhabhi, mother and beloved from physical and emotional abuse. Their presence in the film is to play the ultimate saviour.

The Karmic: Sri Krishna recalls all his previous births; he remembers breaking the bow as Lord Ram, he is intuitive and senses his surroundings, a facet frequently explored in stories on reincarnation be it Dilip Kumar/Madhumati, Sunil Dutt/Milan or Shah Rukh -Salman Khan/Karan Arjun. 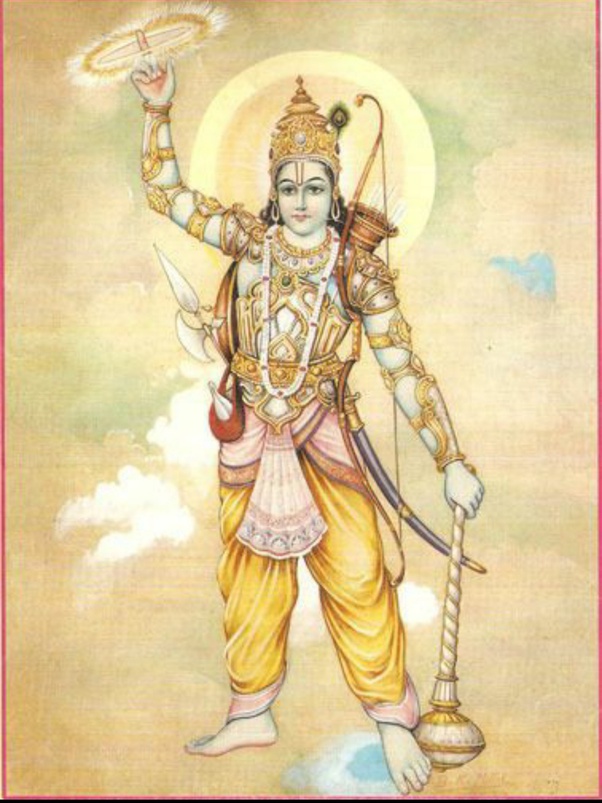 The Artist: Krishna is the ultimate artiste who plays the flute and performs the maha-raas. Our heroes sing, dance, dive, ride, fly and play every instrument be it a flute/ guitar/ piano with ease. But while the deity is a nirmohi, the artist in our movies is forever doomed be it the writer of Pyaasa, sculptor of Geet Gaya Patharon Ne, painter of Safar or the poet in Kabhi Kabhie.

The Orator: Sri Krishna is the ultimate orator as we know from Bhagvad Gita and our film heroes deliver impressive dialogues/monologues on the screen, remember Dilip Kumar inspiring the crowd in Leader and Amitabh Bachchan delivering the passionate speech in Main Azaad Hoon?

The Warrior: Lord Krishna resorted to his chakra only in extreme cases otherwise, he fought with his mind. Films depicting heroes who fought with the mind were Anil Kapoor as lawyer in Meri Jung and many years later, as one day Chief Minister in Naayak.

The Manipulator: This is one side of the deity that filmmakers shy away from portraying but some who dared were writers Salim-Javed showing Amitabh Bachchan plotting against his illegitimate father in Trishul, and later against his criminal father in Aakhree Raasta. Sanjeev Kumar helps five boys to fight injustice in Hum Paanch the same way Lord Krishna helped Pandavas fight the Kauravas.

The Crusader: When injustice overwhelms, Sri Krishna resorts to his Sudarshan Chakra, in our movies when the villain gets out of hand, our heroes’ resort to whatever weapon available in climax, so it was a hockey stick for Sunny Deol in Arjun, bullock-cart wheel for Amitabh Bachchan in Aaj Ka Arjun and the audience cheered them because it was a fight of the good-over-evil. 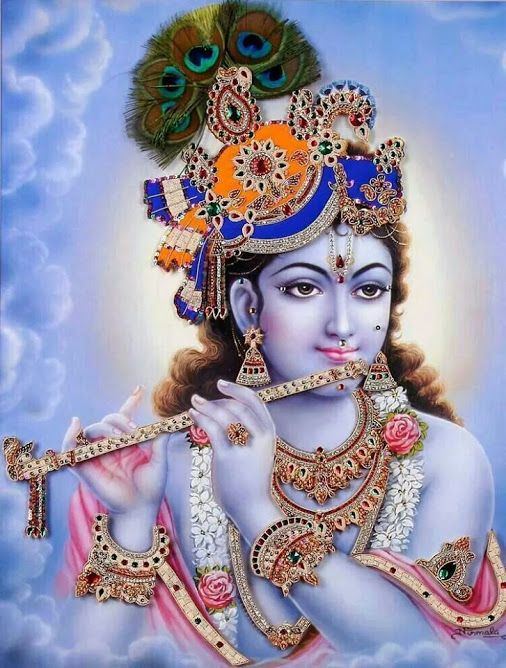 Lord Krishna is Dasha-Avtaari and all these avtaars have some time or the other presented in our movies.

The Prankster: Krishna harasses the gopikas and robs buttermilk from the neighbours’ homes, but mother Yashoda can see no fault in her lalla. This obsessive relationship is evident in our old and new films be it Mother India and Deewar or Raja Babu but the best example of the hero as a prankster is Shashi Kapoor- Amitabh Bachchan in Rakesh Kumar’s Do Aur Do Paanch.

The Seducer: It is not just Radha but also the gopikas who love Kaanha and so does Rukmini and Satyabhama. Hindi cinema has innumerable examples of more than one heroine in love with the hero, so in Baharen Phir Bhi Aayengi it is Mala Sinha and Tanuja, two sisters who are drawn to Dharmendra and in Silsila, Amitabh Bachchan is torn between the wife and the beloved, the eternal Rukmini – Radha syndrome. It is Sri Krishna’s leela that that his devotees overlook his wanderings almost in the same way that the audience forgives Jeetendra in Raaste Pyaar Ke and Maang Bharo Sajna. 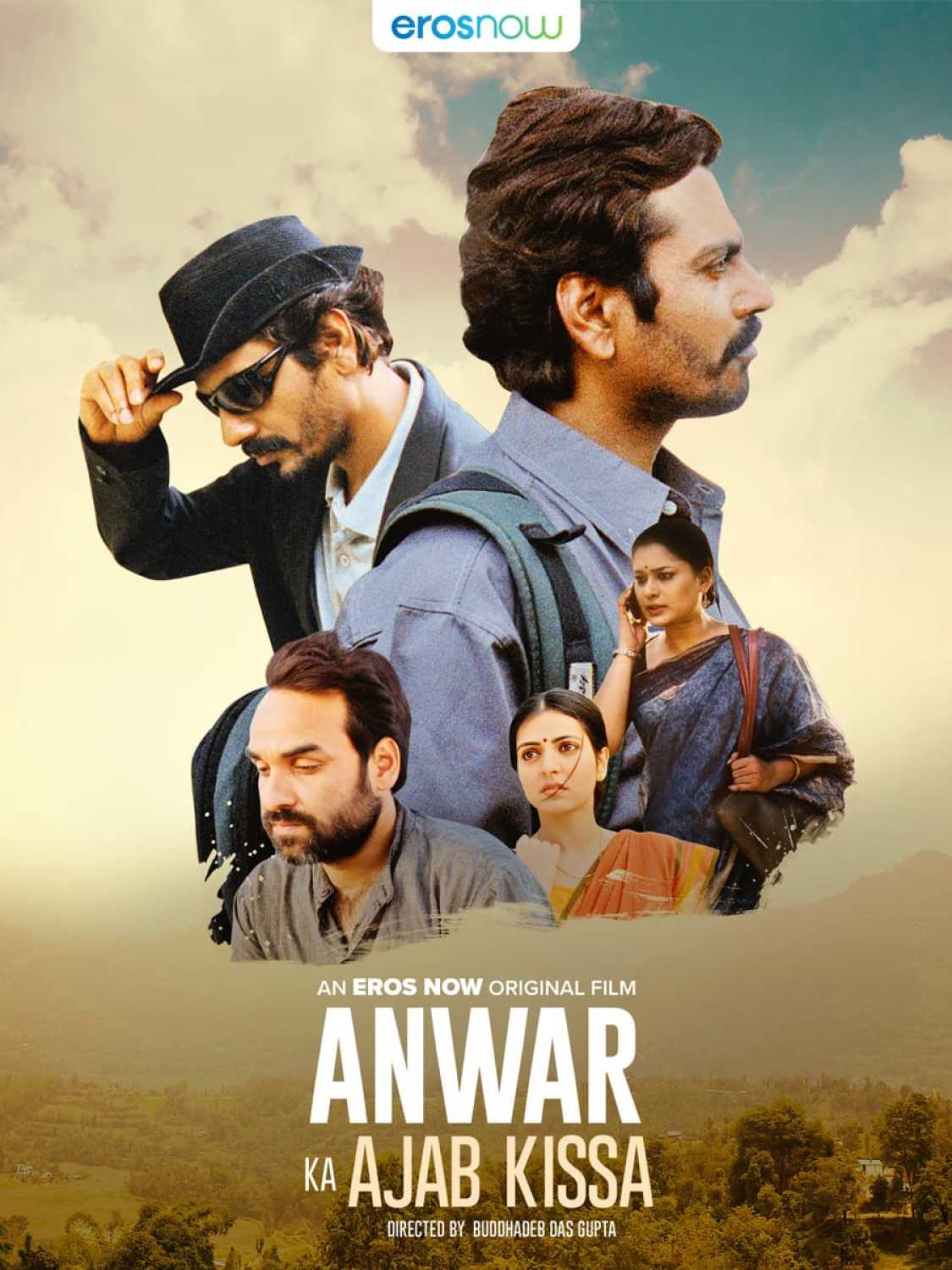 High on the slope surrounded by the mountains, a vast, arid playground is spread like a carpet and in the middle of it is a narrow pathway, where voyagers pass by, a toy seller, a musician, a water seller, a daily wager. They cross each other in silence, sometimes they wave or nod but most of the time, they are preoccupied.

The static frame captures all this and the changing skyline, the silent moment stretches for more than a minute and it is magical! Ask any director and he will tell you that the most difficult things to project in cinema is silence and Buddha Dev Dasgupta proves that he is a master of quietude.

The 76-year-old Dasgupta has been making movies for 50 years now and is a five-time national award winner. He directed his first Hindi film Andhi Gali starring Deepti Naval in the year 1984 and now 36 years later, Dasgupta brings his second Hindi film, Anwar Ka Ajab Kissa that also has an English title, Sniffer.

Anwar Mohammad/ Nawazudin Siddiqui is employed by Kolkatta’s detective agency Inner Eye. His office is frequented by all kinds of people: A husband snooping on his wife, a wife hunting for her missing husband, a father on the lookout for his missing son and a daughter desperate to solve the mystery of her dead father.

The director introduces his cast leisurely, allows them ample space and time to unload their complexities. So, one does it sitting on his bed relishing a cup of tea, another prefers to meet outdoor and share a dark secret and Anwar shares his daily observations with his pet over rum and coke sitting in his balcony.

Anwar’s neighbors are curious about him and Anwar is curious about life, people and befriends strangers, what is admirable is that the way the narrative alters pace to reflect Anwar’s mindset and location. When he comes to the hilly village, time stands still!

1. Sound: By none other than the Oscar awardee Rasul Pookuty is spectacular be it the street sounds or the Inner Eye office.

2. Locations: Shot in the hill village Shimutala, Bihar and Kokatta the frames are picturesque. 3. Music: There are two songs and both foot tapping, the background score is heart wrenching and haunts you long after the film is over.

4. Imageries: created both by words when Nawazudin describes a postman is spellbinding and the cinematography, breath taking.

In the 80s art cinema ushered a new sensibility and created a revolution in our movies. Anwar Ka Ajab Kissa/ Sniffer brings back memories of that era. If you are a lover of that cinema, Sniffer is for you- reflective and thought provoking. If not, watch it just for Nawazudin Siddiqui who delivers yet another sensitive performance.

Pankaj Tripathi is mentioned in the credits but is visible only in a special appearance as breezy young, searching soul.

Anwar Ka Ajab Kissa is  for the soul and the mind, go for it and  thank you Buddha Dev Dasgupta for this sparkler at 76. 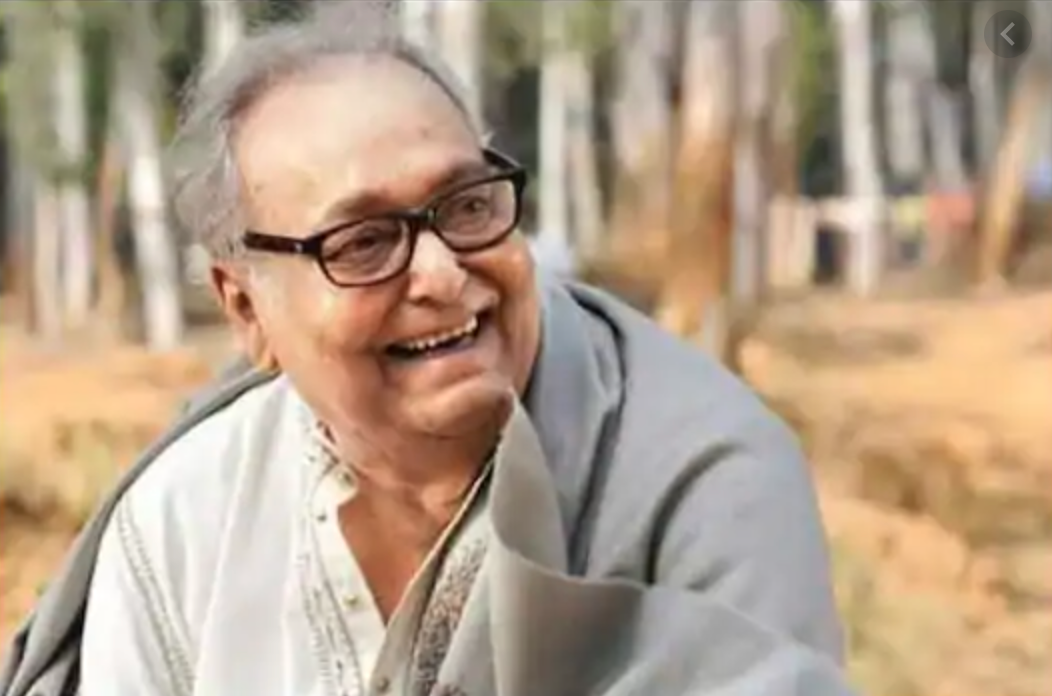 Amidst the lights and the revelry of the Diwali festival, a sparkling star of Bengal cinema made a quiet exit and his presence will be missed not just in Kolkatta but all over India, how do we remember him as the dreamer of Apur Sansar or the charismatic Amal of Charulata? The detective of Sonar Kella or the romantic of Basanta Bilap? So many roles, so many decades, so many facets to a personality. Some know him as a poet, some as an elocution artist, some as a painter and some as an indefatigable writer. He is perhaps the only actor who has published volumes, worked in over 300 films and that includes the genius Satyajit Ray. Good bye Soumitra Chatterjee, Ray will be happy to be united with you in paradise. 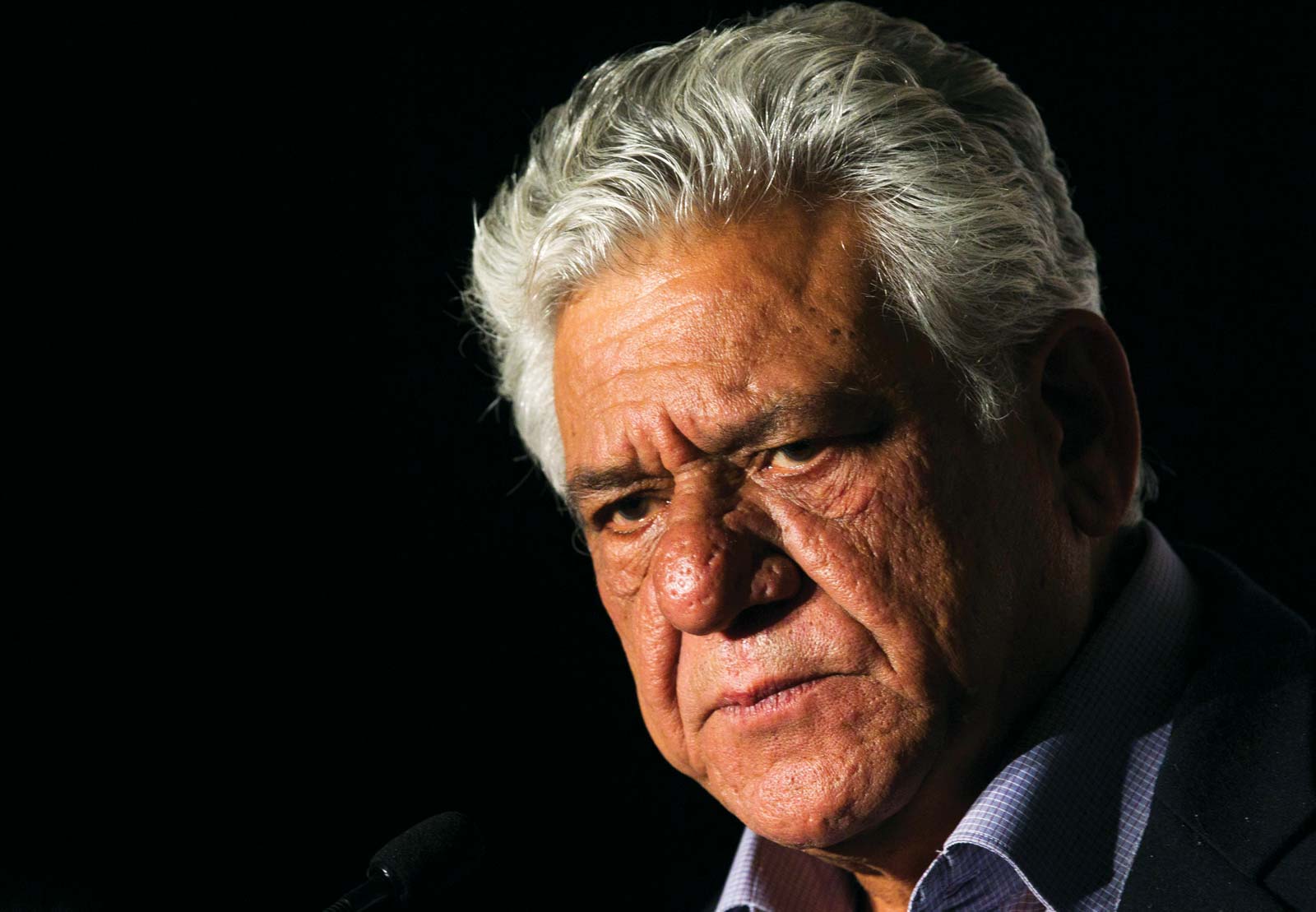 An actor dies and often his family tries to keep the alive in the memories of his loved ones, well at least they try to, though I know of many stars who warned their families to never celebrate their birthdays after they were gone. Late Raaj Kumar warned his family to cremate him without a funeral. So did Dev Anand and he was fortunate to breathe his last in a hospital in London. On the other hand, Rinki Bhattacharya (daughter of legendary filmmaker Bimal Roy) has been hosting a film festival in honour of her father for decades now and Nandita Om Puri, widow of actor Om Puri is keen that people remember Om Puri so in collaboration with her son Ishaan has launched a foundation that will inspire activities all through the year.

For Om Puri’s 70th birthday Nandita has launched her own channel on YouTube channel aptly titled ‘Puri Baatein’ dedicated to the actor, his films and beyond.  “The idea is to celebrate him globally and host retrospectives of his films in India, Cannes, London and more”. It is a terrific idea but not as easy to keep it going but then knowing Nandita everything is possible. 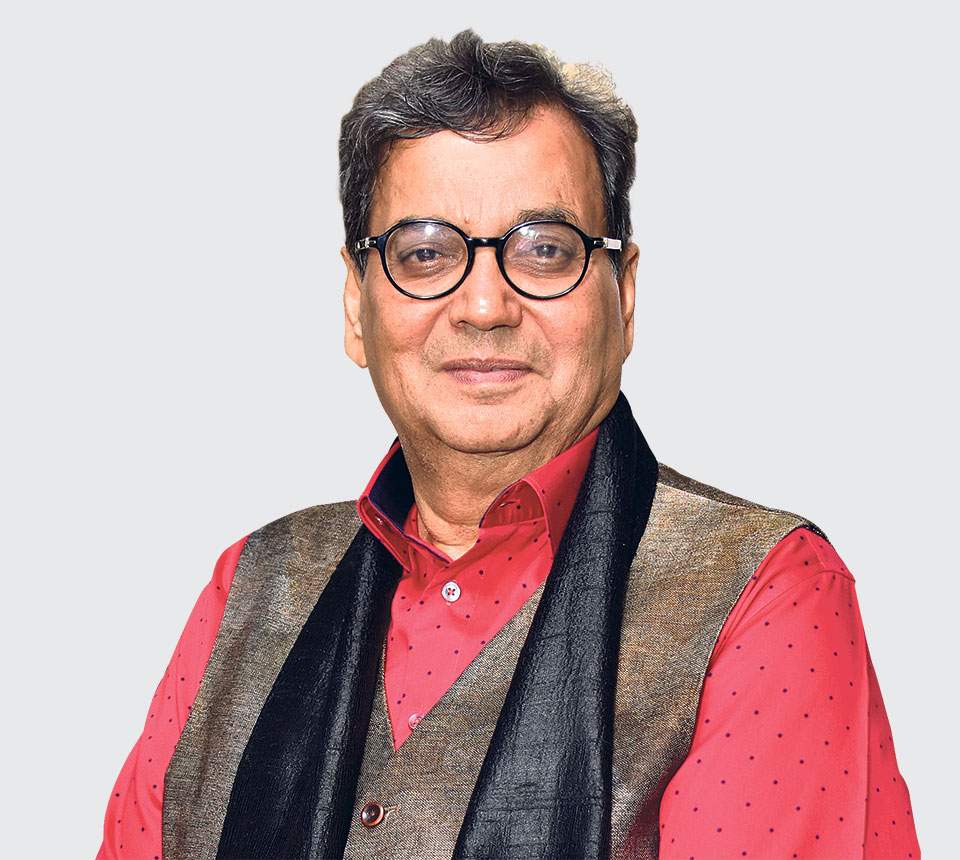 Shootings have resumed full time and actors are facing the spotlight again. Most of them are shooting all over India and some have left for foreign locations too. Pooja Entertainment was the first to set the ball rolling, the first to and dissolve fear among the actors. It all started when producer Jacky Bhagnani came up with the idea of shooting Bellbottom in Scotland. Bhagnani hired a chartered flight to carry his crew to location. Everyone was given a COVID test followed by a two-week quarantine and since most of them were traveling with a companion (Akshay Kumar, Deepshikha and Lara Dutta were with their families), everyone was comfortable with the break.

When shooting resumed Akshay Kumar suggested longer hours at work and everyone agreed as a result, the unit packed up before time, now this is what I call a smart producer.

For years, filmmaker Subhash Ghai celebrated his banner Mukta Arts anniversary with a lavish party and a new film announcement.  That is how Viddhaata, Hero, Meri Jung, Ram Lakhan, Khalnayak and more were launched.  As decades went by and as Mukta Arts expanded to include Whistling Woods Film School, distribution and exhibition of films, his focus on directing movies reduced but after a long break, Ghai kept up to his promise of announcing three new films with Zee Studio on his banner anniversary which they promise to release in 2021. Now that is a big leap for a banner that has been relatively out of action for a while. 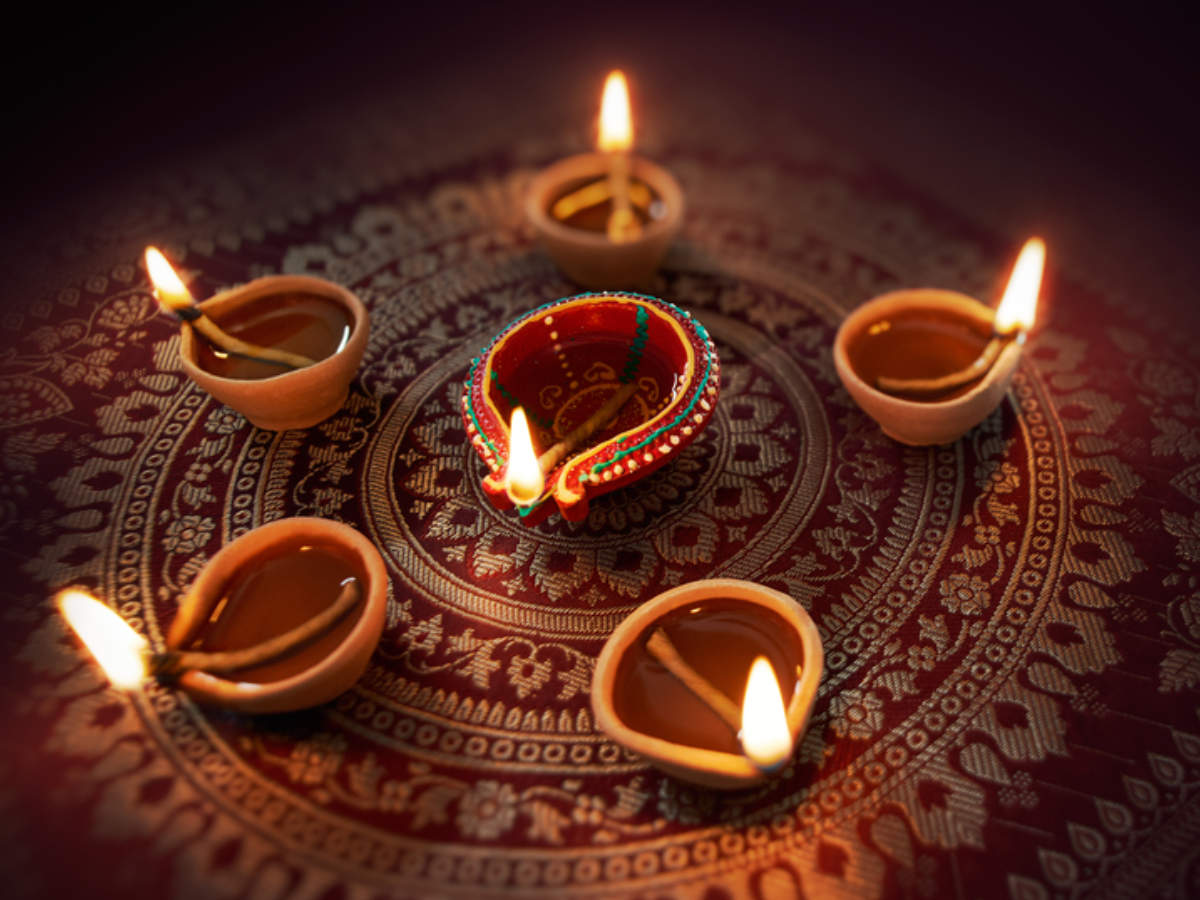 Diwali is round the corner and considering the difficult times we are going through; it is amazing that three important films are gearing up for a festive opening. The most important and controversial of course is Akshay Kumar’s Laxmi (censor board has asked the producer to drop ‘bomb’ from the title), the second is T Series produced and Anurag Basu directed Ludo featuring Abhishek Bachchan and Aditya Roy Kapoor.

The trailer reveals Bajpayee playing multiple roles from a beggar, a dabbawala to a Maharashtrian woman in a nauvari saree. The producer has released a behind – the – scenes video sharing the prosthetic process.

It is amazing how much cinema how much cinema has changed over the decades. Once upon a time, the old guards said that a film is made on two tables – the writing table and the editing table, today, a third table has been added to the making of a blockbuster- the marketing table that can build and break a film or a star!!