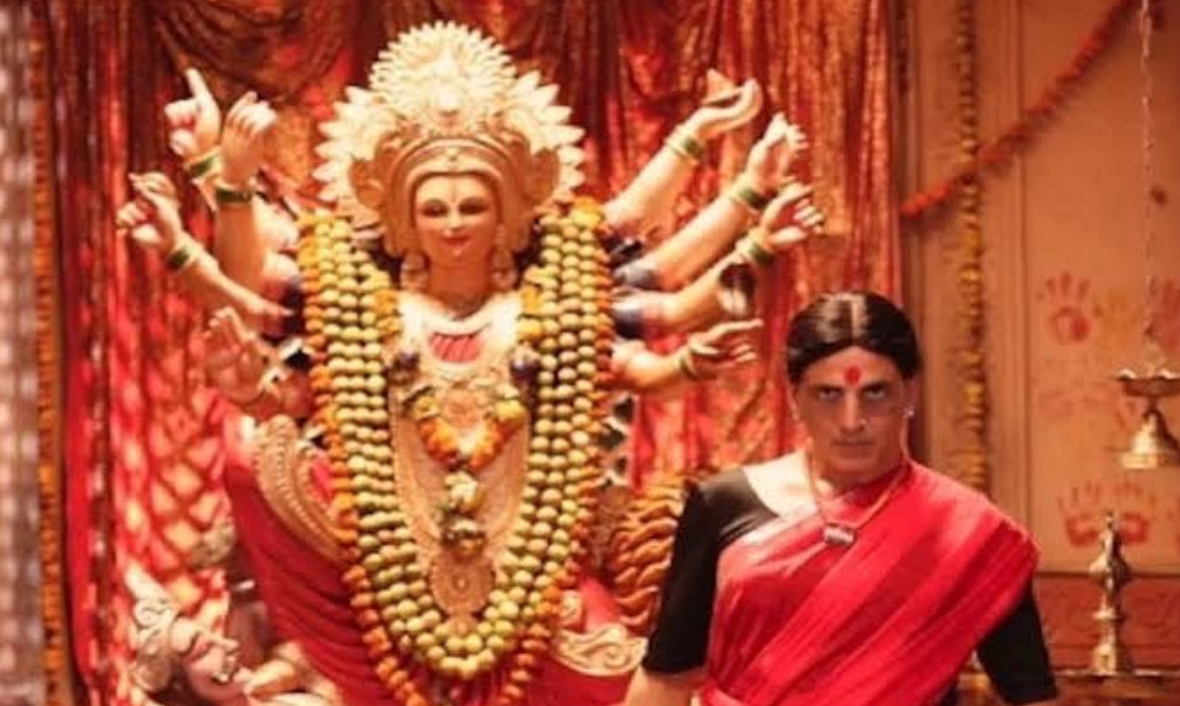 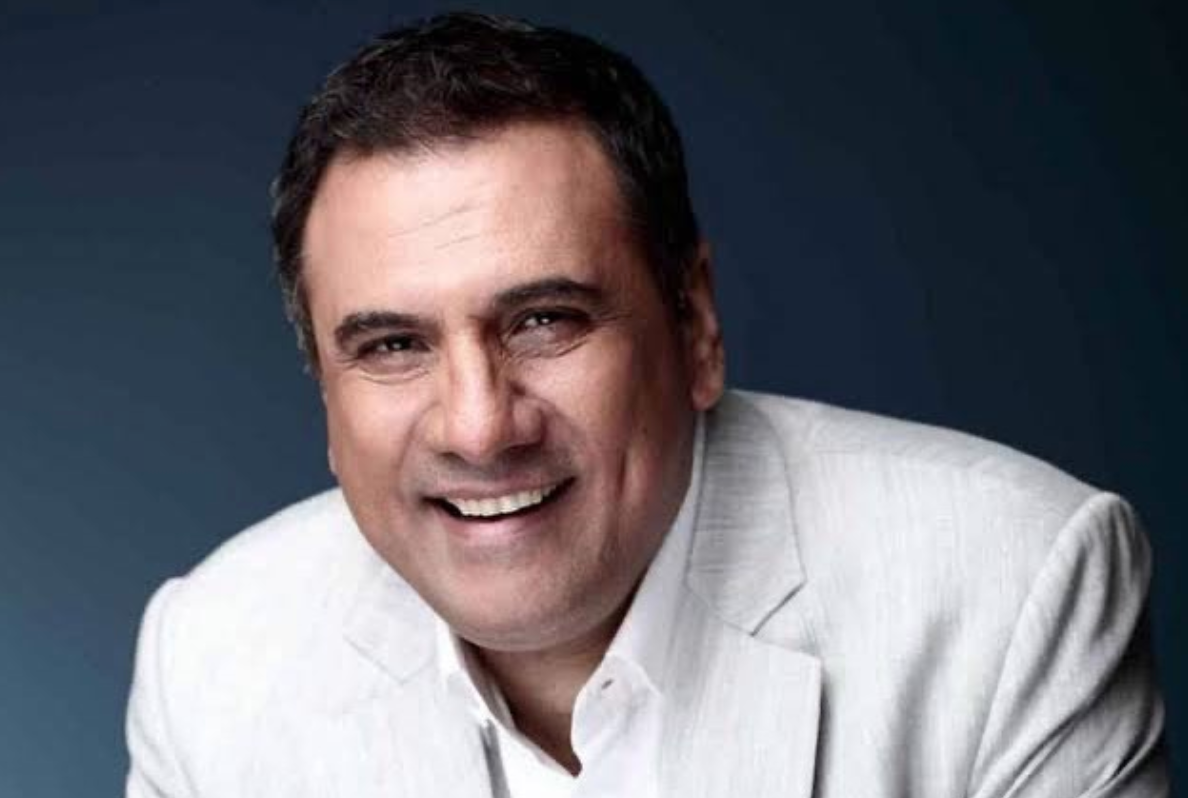 Boman Irani is not just a terrific actor, motivation speaker but also a terrific singer as well. The 3 Idiots actor sang ‘Over the Rainbow’, originally sung by Judy Garland from the film, The Wizard of Oz and joined by a choir of talented girls.

Boman says, “I discovered the choir on social media and was bowled over by their talent. I desperately wanted to sing with them and connected with them. In the meantime, I requested budding artists of my Akansha Foundation to send me pictures of their paintings so that we have images to depict the classic song that has filled many with hope and the result was magic. Sometimes, the best things that happen are unplanned”.
To be continued… 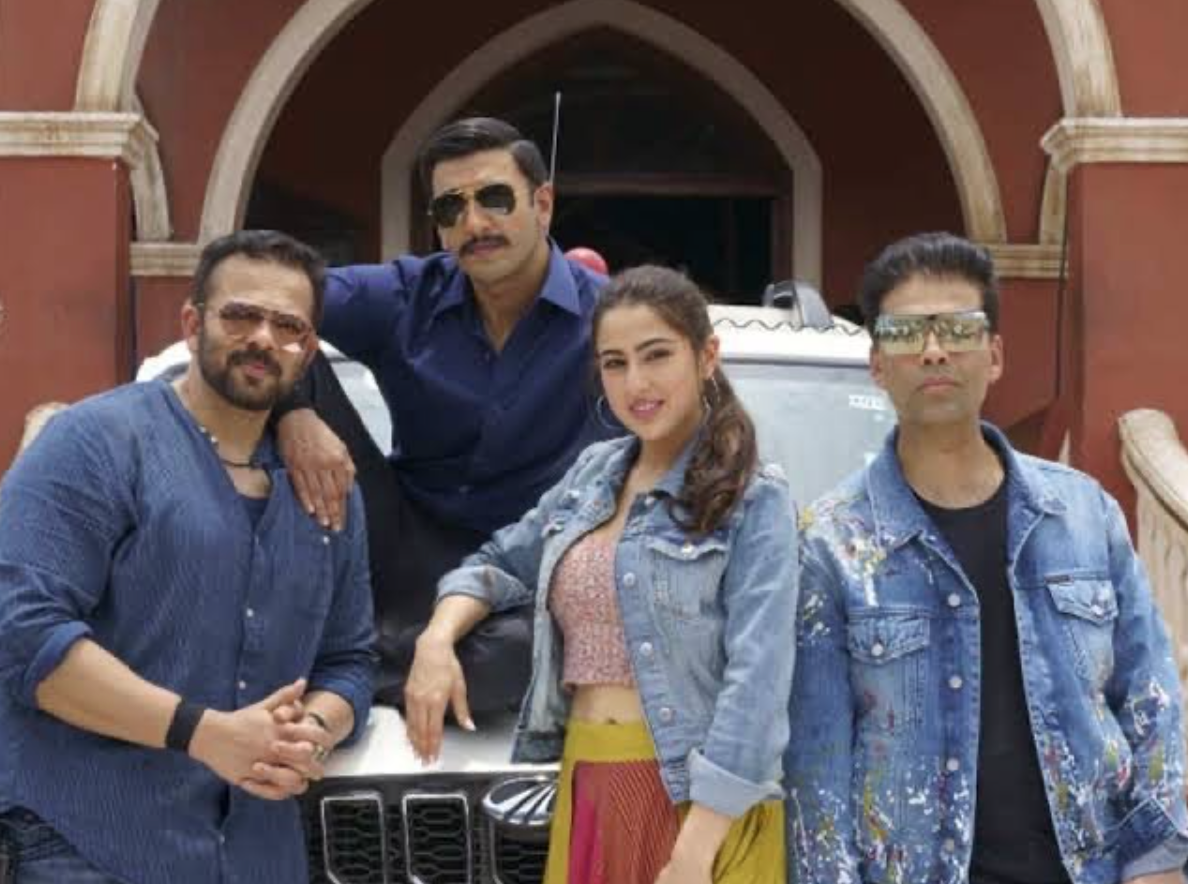 All the superstars love to work with director Rohit Shetty who has a reputation of churning out blockbusters and there has never been a time in all these years (except pandemic) when Shetty has been on a break. Good news is that Shetty is back to his office, planning his next with who else but Ranveer Singh. After the massive success of Simmba and yet to release Sooryavanshi, Cirkus will mark the third outing of Shetty and Singh together. Cirkus is set to go on floors next month and will be shot in Mumbai, Ooty, and Goa.

It is nice to see artistes coming out of their shell and getting into serious work mode. Composer, singer and lyricist, Amaal Mallik, man behind chartbusters like Kabir Singh, M S Dhoni The Untold Story, Airlift and Kapoor & Sons, is all set to make his pop debut and his fans are waiting.
To be continued… 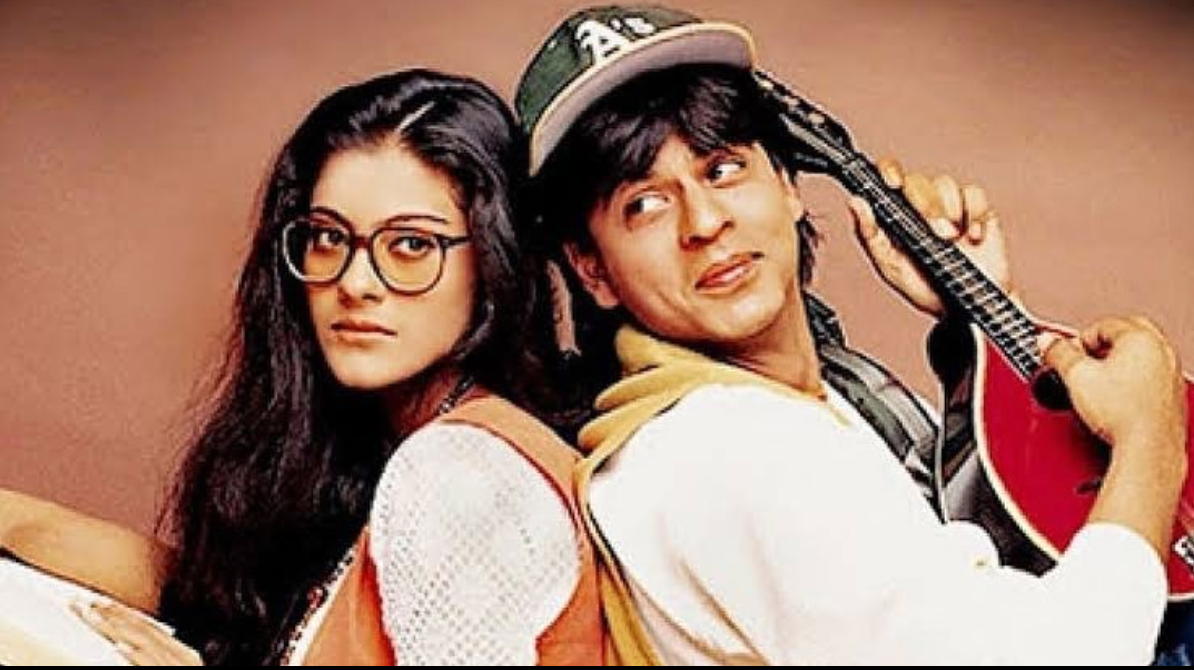 For too long now, everyone has been under a pall of gloom but now it seems the mood is changing. Actors have begun shooting and are planning promotions of new films. The first good news came when Yash Raj Films released their golden jubilee logo followed by the news that the latest statue to join Leicester Square’s ‘Scenes in the Square’ will be of Shah Rukh Khan and Kajol thus marking the 25th anniversary of Indian cinema’s most loved film, DDLJ, coinciding with 50 years of Yash Raj Films.

DDLJ is the longest running film in all of India, made on a modest budget of 4 crore in 1995, collected 89 crores in India, 13.50 crore in overseas markets. Thus, total collections stood at 102.50 crore worldwide in 1995! In today’s inflation adjusted value, DDLJ’s collection stands at a staggering 455 crore in India and 69 crores in overseas territories, taking the total worldwide collections to a phenomenal 524 crores!
To be continued…

Zanjeer is Raudra Rassa and Do Anjaane Vibhatsa Rassa – Day 1898

For an actor identified all time with anger, Raudra Rassa does not need any elaboration, but what made these roles special is that Bachchan expressed anger differently every single time. He mixed emotion with anger in Zanjeer, in Namak Haram the rage came out of his ego and in Agneepath it was disdain disguised as detachment.

A prime example of Bhayanak Rassa/ Fear is when a timid Kallu transforms into the forbidding Kaalia to fight his oppressors. In Benaam, Bachchan is being threatened by the system but fights it to the finish.

And finally, Vibhasta Rassa, Vijay of Deewar nurses disgust for his father and society at large and that’s the reason he is drawn to crime. In Do Anjaane it is disgust that compels him to torture his wife and her friend. So many more roles need to be mentioned but there are no rasas to qualify them for instance where do you slot a Trishul where he battles with his illegitimate father, a Jurmana where he is consumed with guilt for his doing and Shakti where he cannot stop loving a father who he feels did not stand by him? The list is endless…
Concluded 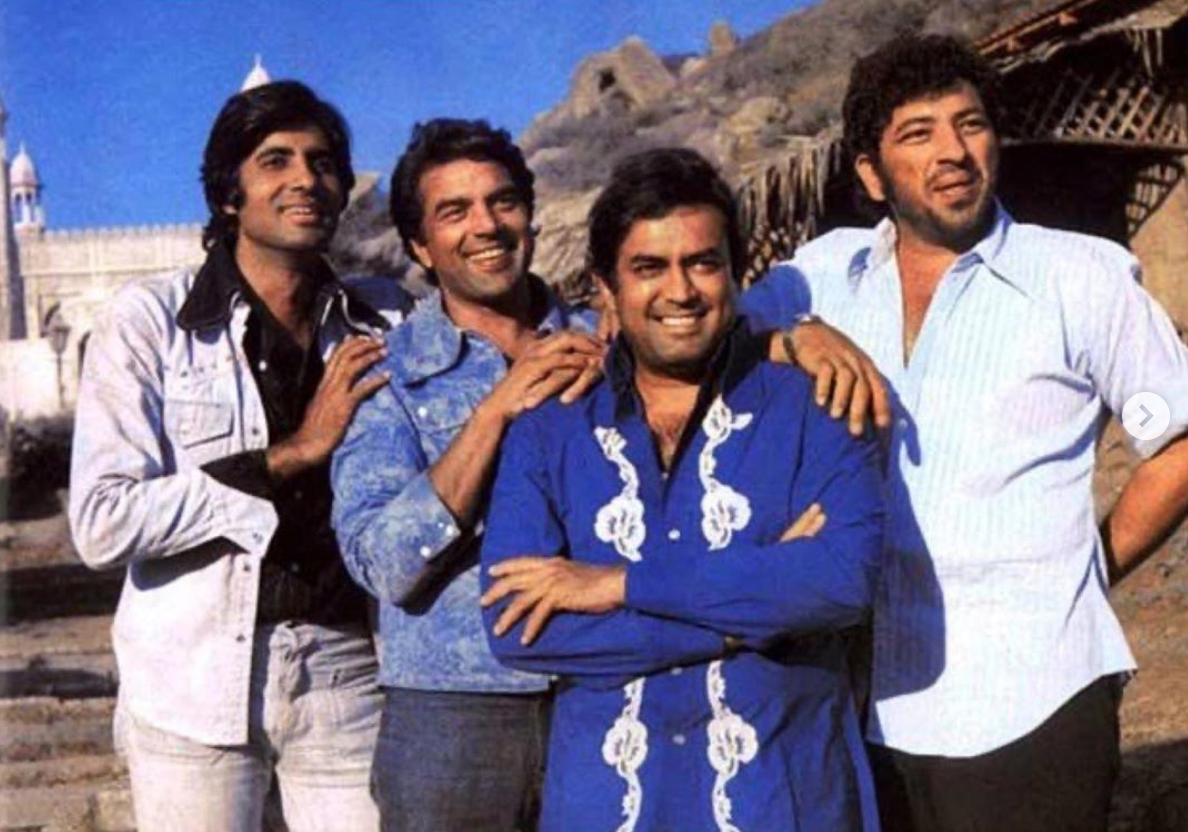 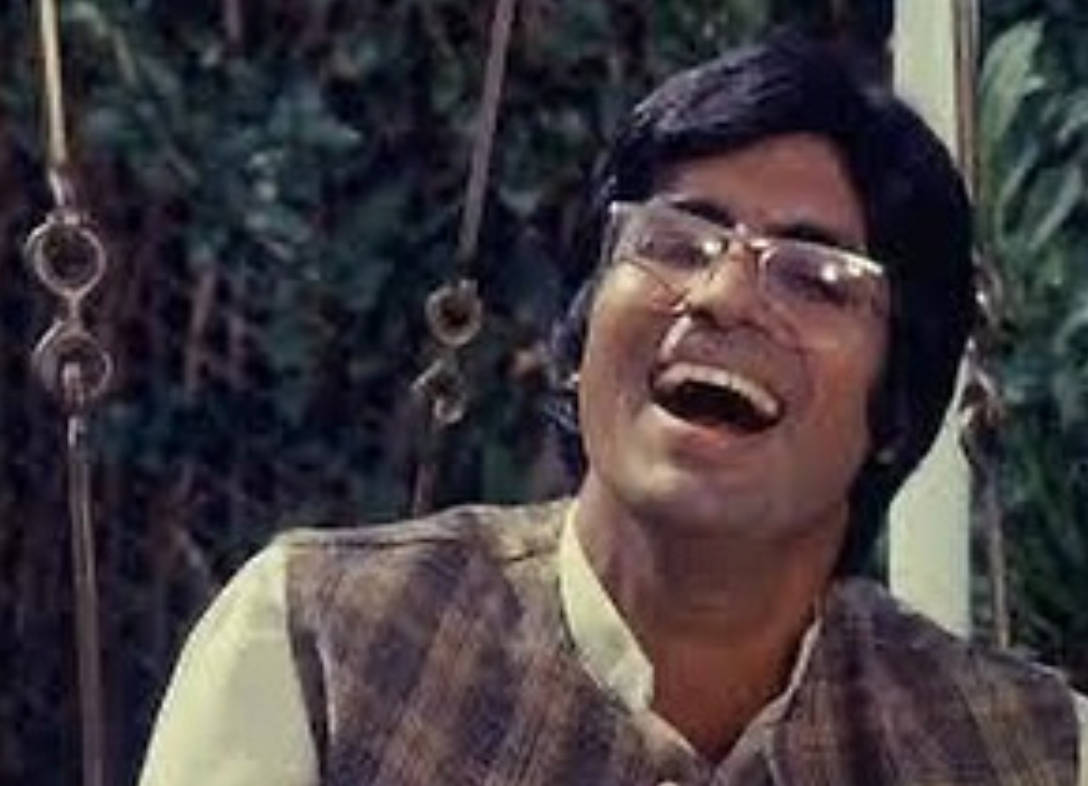 In a career spanning five decades and approximately 235 films across genres, the actor is primarily identified as an angry young man and his critics are to be blamed for this. He was never given credit for his varied, versatile performances and he once said that since critics feel that he only plays the angry young man he will continue to play angry middle-aged man and later, angry old man roles.  His cynicism came out of deep hurt.

My mind rewinds to 2009, the release of my second book on the actor, Bachchanlia. I had just received my advance copy of the book and leafing through the 300-plus page coffee table book, featuring all his film posters from Saat Hindustani/ 1969 to The Last Lear/ 2009, I marveled at his extra-ordinary career and more, his courage of conviction to pursue  these films without getting  affected by the constant criticism he was subjected to by the media.

It would have been so easy for him to get demoralized by his detractors. He didn’t, instead he followed his path relentlessly. A complete artiste is one who can portray all the nav rasas and Amitabh Bachchan’s filmography is a proof all the hues and the fragrance of the nav rasas and more…
To be continued 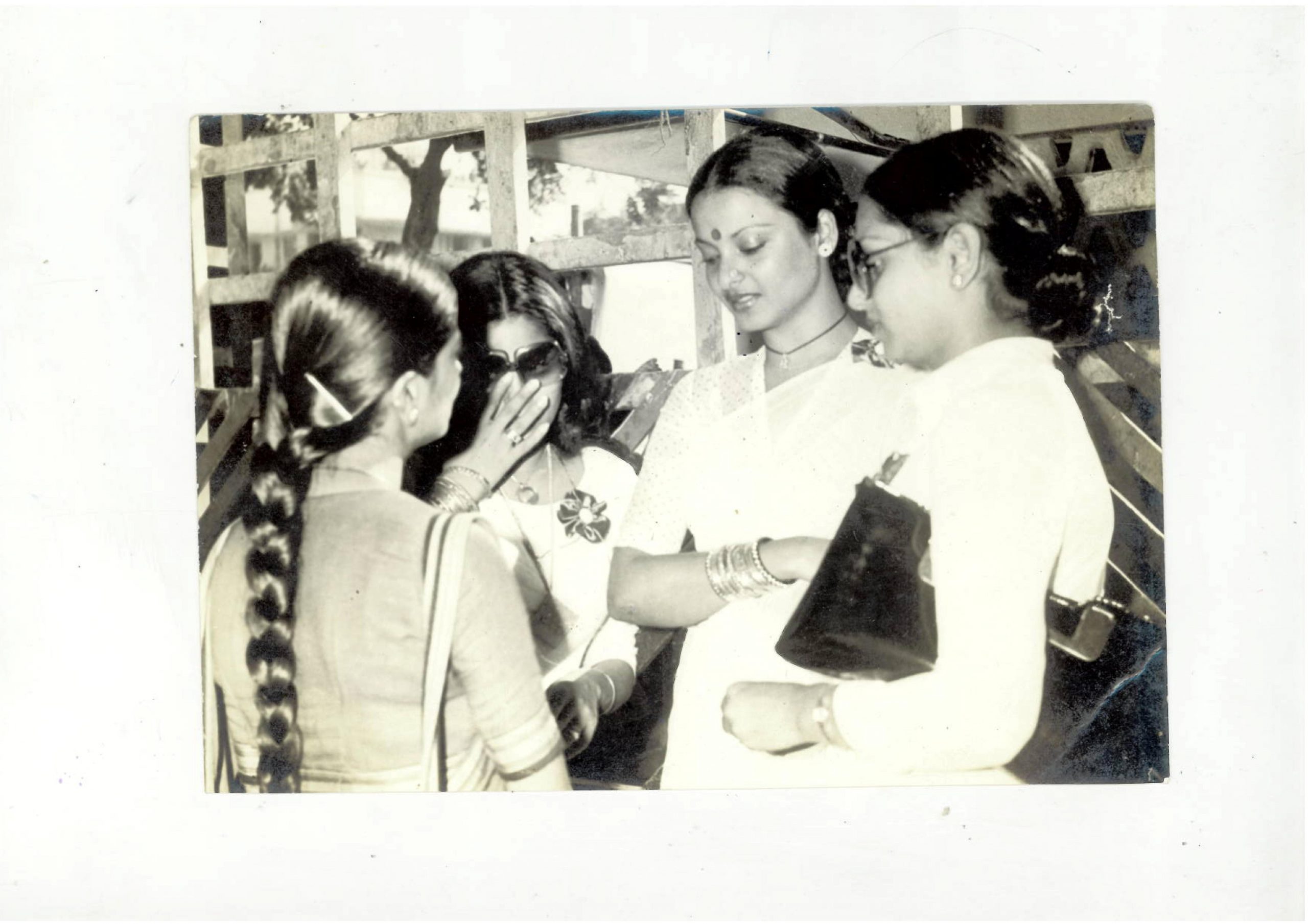 Happy Birthday Rekha
On October 10 is the screen Goddess Rekha’s birthday. The world knows her as a Diva and her fans look forward to spotting her at award events, draped in her trademark gold sari with traditional jewelry. Graceful, shy and always reserved.
There was a time however when she was not as guarded. When she was spontaneous and child-like and those who interacted with her in the seventies and the eighties will understand what I am saying.
“The day Rekha starts behaving like Rekha, it will be the end of Rekha” she said to me one day, while discussing star attitudes. She emphasized that she would never change, “Well at least I pray that I don’t”. Then, Rekha was a dreamer, high strung and sensitive. She saw beauty in the sun and the stars
and collected butterflies.
Years rolled into decades and mega stardom ushered many highs and many lows. Time changes circumstances and circumstances change people. The core of Rekha remained as pure as she had promised. She was as wholesome and compassionate as olden times but less impulsive now and more mellow. 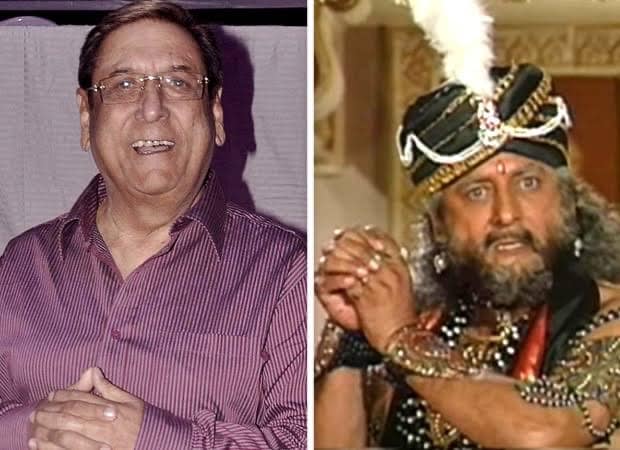