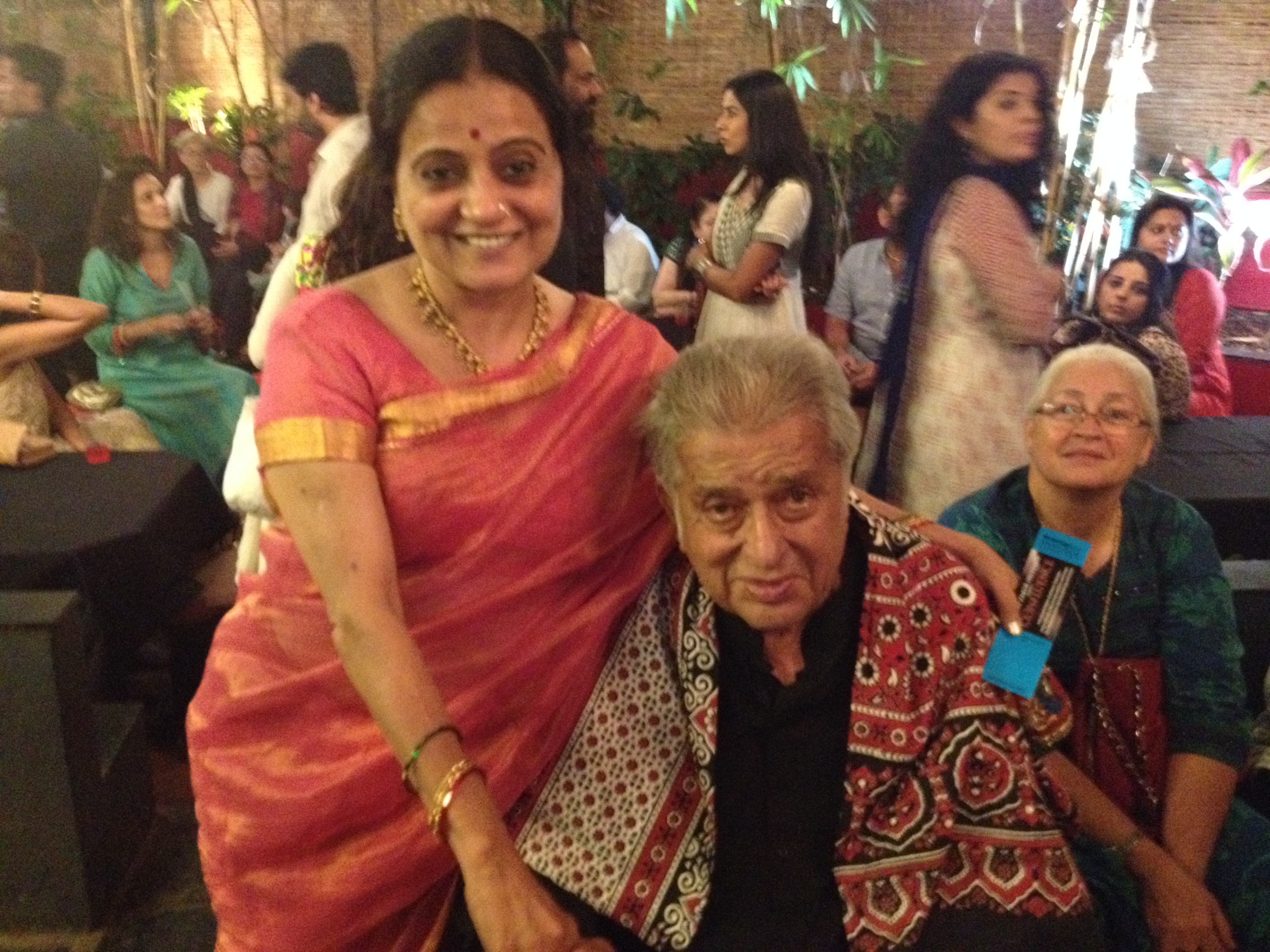 Zakir Hussain was Jennifer Kapoor’s favorite artiste and no matter how busy Shashi Kapoor was during his shooting days, he would make sure to pack up work early to be able to escort Jennifer for a  Zakir recital in town.

For years together it was a special bond between the Kapoors and Hussain and when Prithvi Theatre was launched in the 80s Zakir insisted on performing at the theatre on Jennifer’s birthday. The tradition has continued over the decades even after Jennifer passed away.

28 February is a special day because all the Kapoors come together and remember Jennifer on her birthday and over the decades Zakir Hussain has never broken his record of reserving the special date for Mumbai, Prithvi Theatre and most important, for Jennifer Kapoor.

I have been visiting Prithvi on this date for decades and even though now Shashi Kapoor is in frail health, the spirit of the special day is the same ably supervised by Shashi Kapoor’s older son Kunal and his two enterprising children. 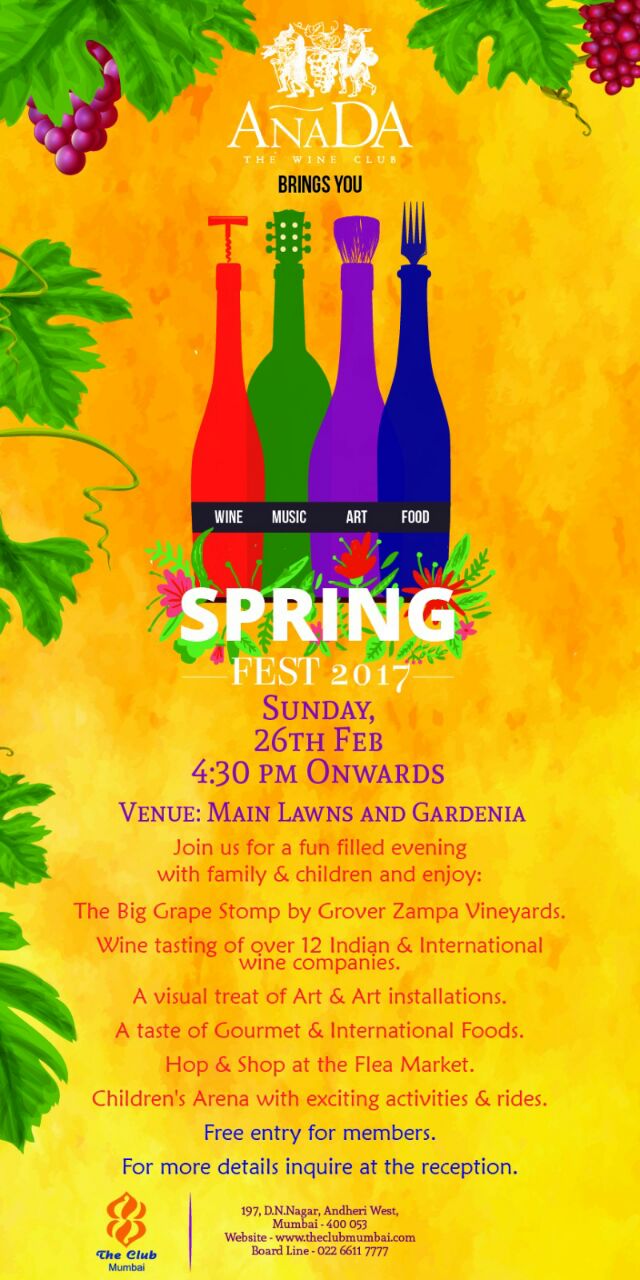 Every year around this time The Club at Andheri celebrates what they call Spring Festival. This year too they brought the Big Grape Stomp by Grover Zampa Vineyards at the main lawns and Gardenia of The Club. The evening started with wine tasting of over 12 Indian and International wine companies. To make it interesting there was a display of art installations on one side and gourmet tasting on the other side. The biggest attraction was the Flea Market and so that the parents are left alone to enjoy the interesting evening, there was ample activities to occupy children.

There was a nip in the air and The Club looked sensational, it is the best place to hang out on a lazy, Sunday evening. 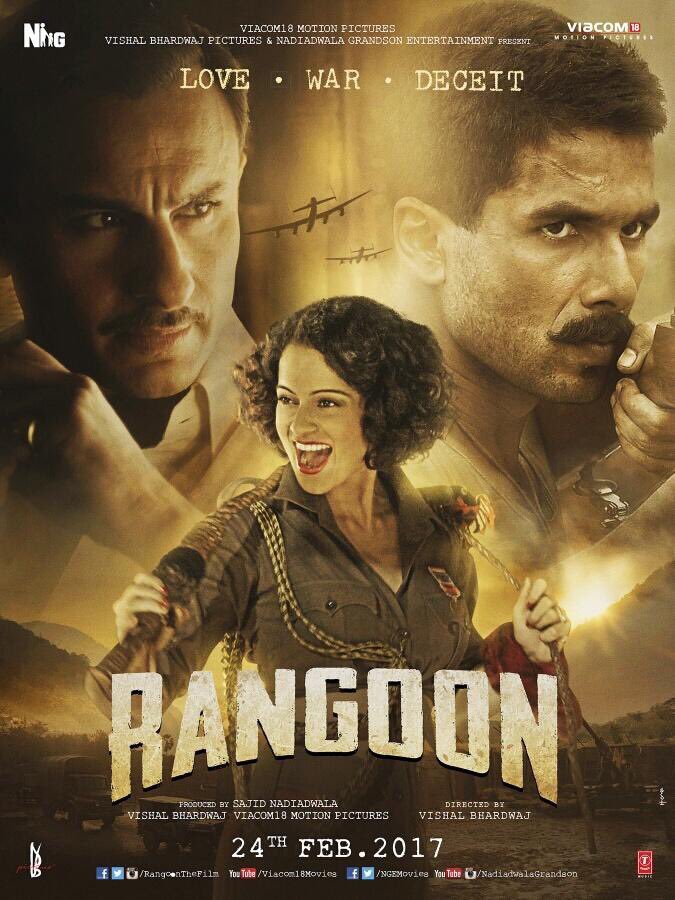 The hero, a suave Russi Billimoria /Saif Ali Khan, is the owner of leading film studio. The heroine, Miss Julia/ Kanagana Ranaut, who met Russi when she was only 14 is today, a hugely successful star.  Julia and Rusi are dreaming of eternal togetherness when into their life enters, a courageous soldier, Jamadar Nawab Malik/ Shahid Kapoor.

The film opens in vintage Mumbai film studio and travels on a steam chugging train crossing bridges and meadows. There are many mishaps and adventures on the long journey but eventually, the film artistes invited to entertain the soldiers, arrive in Rangoon!

Quietly, a new love story is blossoming, a new anguish is arousing a new envy but the pain and the passion have to wait till bigger issues concerning the pre-independent nation are addressed.

While father of the nation, Mahatma Gandhi professes non-violence to the countrymen, nation’s young leader, Subhash Chandra Bose urges that all is fair in war when it comes to freeing a nation! These are turbulent times and the county is divided into two contrasting ideologies and frankly unable to decipher between the right and the wrong.

What works about the film, is the magnificent scale and the canvass. Rangoon is superbly shot and lovingly photographed. There is detailing in art, color, texture and props. There are magnificent sets, vintage cars and flawless costumes that include dark glasses, chiffon scarves, net stockings and slender cigars.

The writing is reflective of the era, combines Hindi, English and in this case Japanese, the expressions, at times understated and at times theatrical, the romance carried forward in the form of frothy lyrics and energetic choreography.

The skyline alters hues according to the moods of the characters and maestro Vishal creates magic with music, it is not just the background score, the songs, he introduces music and the haunting voices of singers Sunidhi Chauhan, Arijit Singh and Rekha Bharadwaj as characters in the narrative.

What does not work about the film is the length, the shaky climax and a certain inexplicable disconnection. Here is a film that has everything- romance, pathos, entertainment and superstars who deliver sincere performances…

But all this combined together, somehow, does not touch our hearts, it does not engage us in the lives of the characters and that is the tragedy!

Still, Rangoon must be watched for filmmaker Vishal Bharadwaj’s vision and craft, for his creation of the era and the unusual characters, their aura and presence and above all, for his extraordinary music. 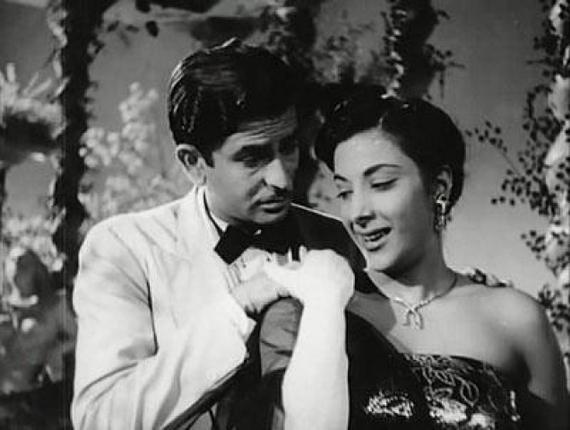 In the year 1950 Madan Mohan one of Hindi cinema’s most venerated composers, made his debut with Aankhen and teamed up with lyricist Raja Mehndi Ali Khan in coming years. In the year 1951 the concept of a dream sequence ‘Ghar aaya mera pardesi…’ is first introduced by Raj Kapoor in Awara. Did you know that in the year 1957 Tumsa Nahin Dekha transformsed struggling actor Shammi Kapoor into an overnight sensation? Or that in the year 1958 while filming Do Aankhen Barah Haath, actor/filmmaker V Shantaram while fighting with a bull during shooting injured his eye; and became blind for a year but later recovers his eyesight miraculously.

Did you know that in the year 1959 playback singer Mahendra Kapoor made his singing debut with the hit ‘Aadha hai chandrama raat aadhi…’ for the film Navrang and Jeetendra also started his career as a body double for female actor Sandhya in Navrang?

So many stories, so many films, will you tell you more about the remaining decades in the following weeks. 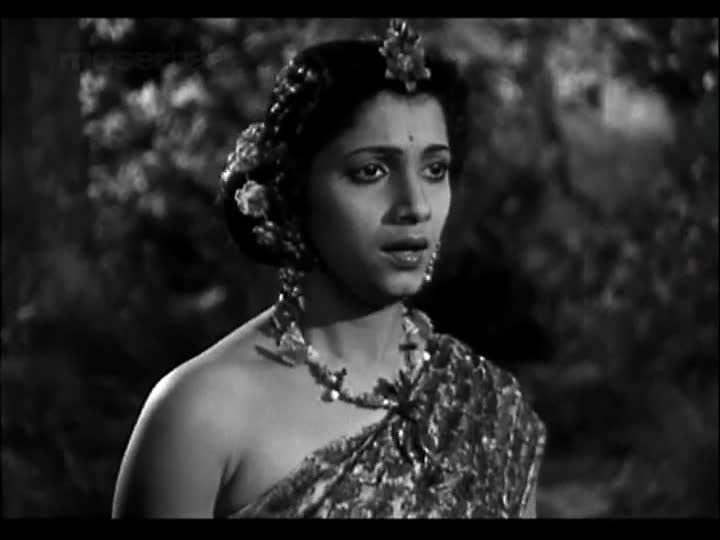 In the year 1940 Vishwa Mohini was the first Indian film, depicting the Indian movie world. The film was directed by YV Rao and scripted by Balijepalli Lakshmikanta Kavi. In the year 1943 Ashok Kumar’s Kismet ran uninterruptedly in Kolkata theatres for years and its record was broken 30 years later by Sholay. In the same year Shakuntala was the first Indian film to be shown in US and was screened in Indian theatres uninterrupted for 104 weeks.

In the year1945 Mohammed Rafi sang his first Hindi film song for Gaon Ki Gori for Shyam Sunder. In the year 1946 film Dr. Kotnis ki Amar Kahani based on the life of Dwarkanath Kotnis, an Indian doctor who worked in China during the Japanese invasion in World War II released.

In the year 1947 Jugnu was Dilip Kumar’s earliest hits and Mohammed Rafi lend the playback for ‘Yahan badla wafa ka,..’ soon a lifelong bond was forged between the thespian and the singer. In the year 1949 social drama film Apna Desh addressed the problems faced by the newly formed independent India. The Telugu and Tamil versions of the film were called Nam Naadu. 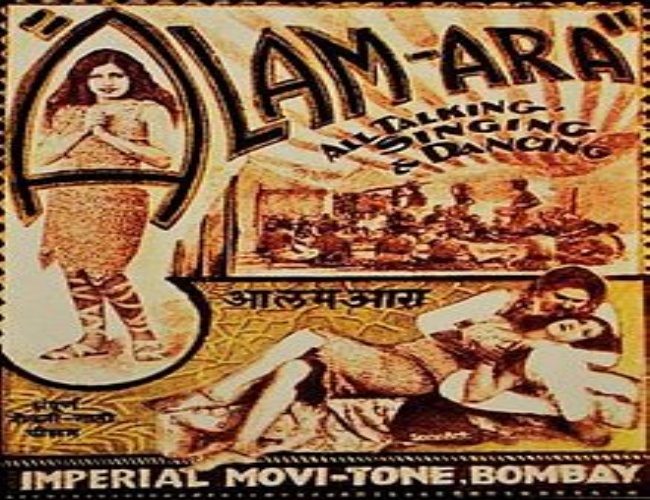 In the year 1931 Sharat Chandra Chattopadhyay written Dena Paona was credited as one of the first Bengali talkies, and along with Alam Ara, became one of the first sound films produced in India. In the year 1933 music composer Jaidev at the age of 15 ran from home to become a film star and worked in eight films as a child star for the Wadia Film Company, Bombay.

In the year 1934 Chandidas a remake of the Bengali film directed by Debaki Bose for the first time used a full-fledged orchestra and the attempt was successful. Did you know that in the year 1935 the first edition of Filmindia, India’s first film trade magazine was published and Baburao Patel was the Editor and Publisher of this trade magazine?

In the year 1936 Sant Tukaram, a Varkari Sant and spiritual poet was the first Indian film to be screened at an International Film Festival and in the year 1938 actor Chittor V Nagaiah, became the first multilingual film actor, singer, music composer, producer and directors in India. He was called Paul Muni of India in the media. In the year 1922 Fatma Begum, an Indian actress, trained in theatre made debut in films, she was an actor, writer and director, in fact the first female film director of Indian cinema. In the year 1925 V Shantaram, who started his career assisting Baburao Painter, made his acting debut in the role of a village peasant in Savkari Pash.

In the year 1926 Rabindranath Tagore traveled extensively to stage a dance drama in order to raise funds for his university. In the year 1928: Silent film, Khoon-e-Nahak became the first Indian screen adaptation of Hamlet directed by Athavale based on Mehdi Hasan Ahsan’s version of the play, written originally for the Parsi theatre.

In the year 1929: Devika Rani married film producer Himanshu Rai and left for Germany where she mastered different aspects of film-making in the UFA Studios, Berlin. She was the first actress with a degree in film-making. In the same year in the very popular film A Throw of Dice, Himanshu Rai introduced the concept of recorded sound effects synchronized and played along with films. 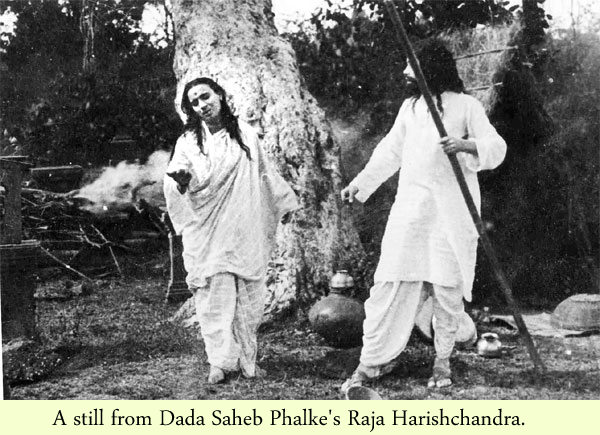 Indian cinema is more than 100 years old and still, there is so much we don’t know about our cinema. For the next few weeks, I will tell you magical stories from the magical years. Did you know that the first feature length film released in India was Shree Pundalik, a silent film in Marathi by Dadasaheb Torne at Coronation Cinematograph, Mumbai and the year was 1912?

In the year 1913 Raja Harishchandra although a silent film with intertitles in Marathi, English and Hindi I regarded as the first Marathi film because its cast and staff were all Marathi people. In 1914 the first permanent cinema hall, Elphinstone Picture Palace built by J F Madan, opened at Queen’s Road in Delhi. In 1918 Keechaka Vadham was the first silent film made in South India but since no print of the film is known to survive, this makes it a lost film. In 1919 Elphinstone merged into Madan Theatres Limited and introduced many of Bengal’s popular literary works on stage. 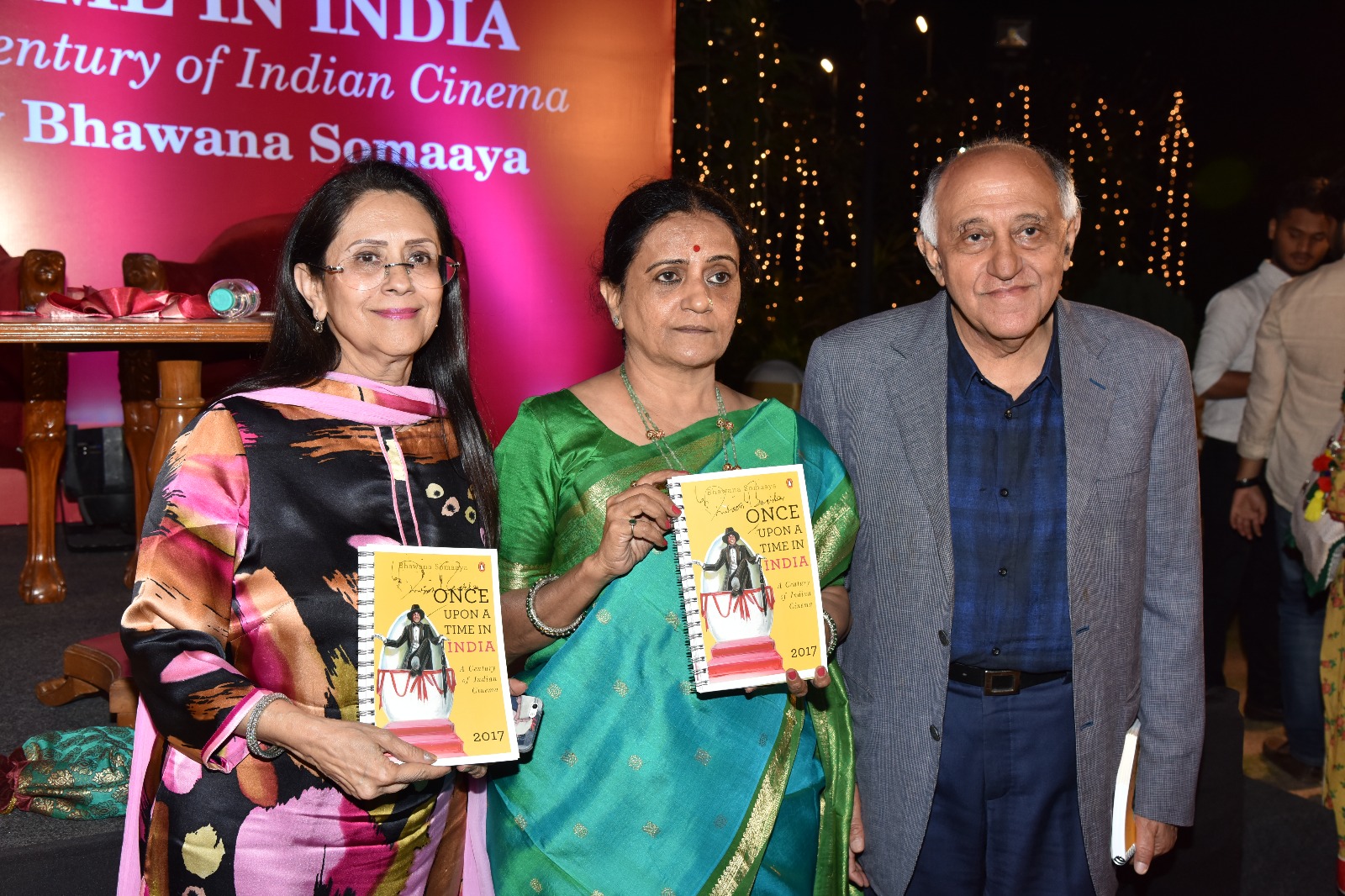 Our hospitality partner The Club had laid out the best snacks for the evening and the guests relished the aloo tikkis with cholle and hot chai/ coffee.

In the excitement of the evening, we had forgotten to cut the cake so did it on our own and relished it.

With the chief guest gone, finally it was time to pose pictures with everyone connected to the evening: Alpa Mehta who put a lot of effort to make the ceremony special, singers Parthiv and Manasi Gohil and of course the Khannas and RJ Siddharth who proved a great host for the evening. 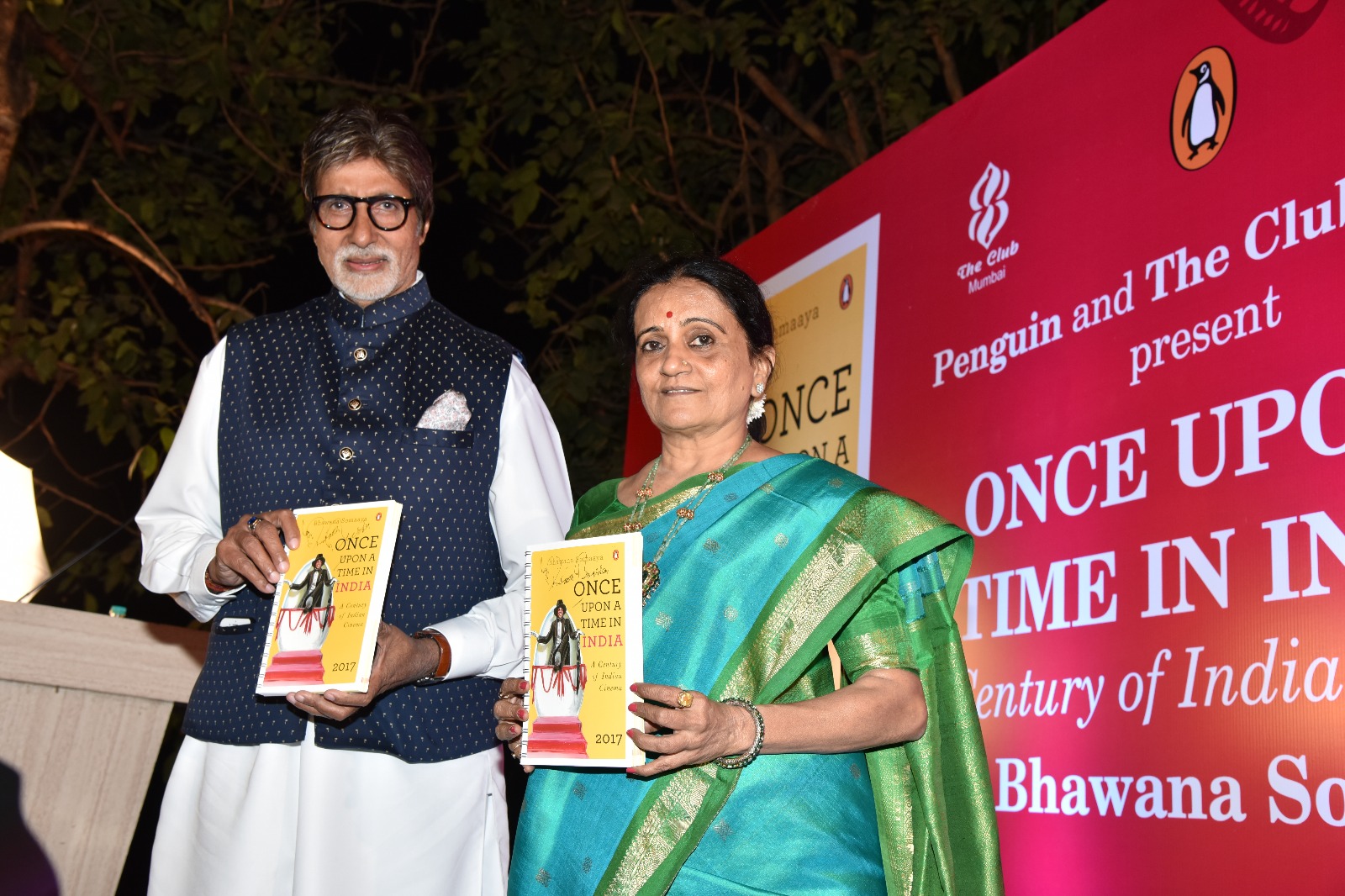 When an actor opens up and shares his life it is very tempting to keep the conversation going but wisdom is in knowing when to discontinue. That evening there was magic in the air and the people invited for the book release could have listened to Bachchan talk forever but I had promised to relieve him at 8 pm and therefore called it a day. It is never easy for the photographers to let him go and had it not been for his personal security escorting him to his car the exit is always a special exercise.