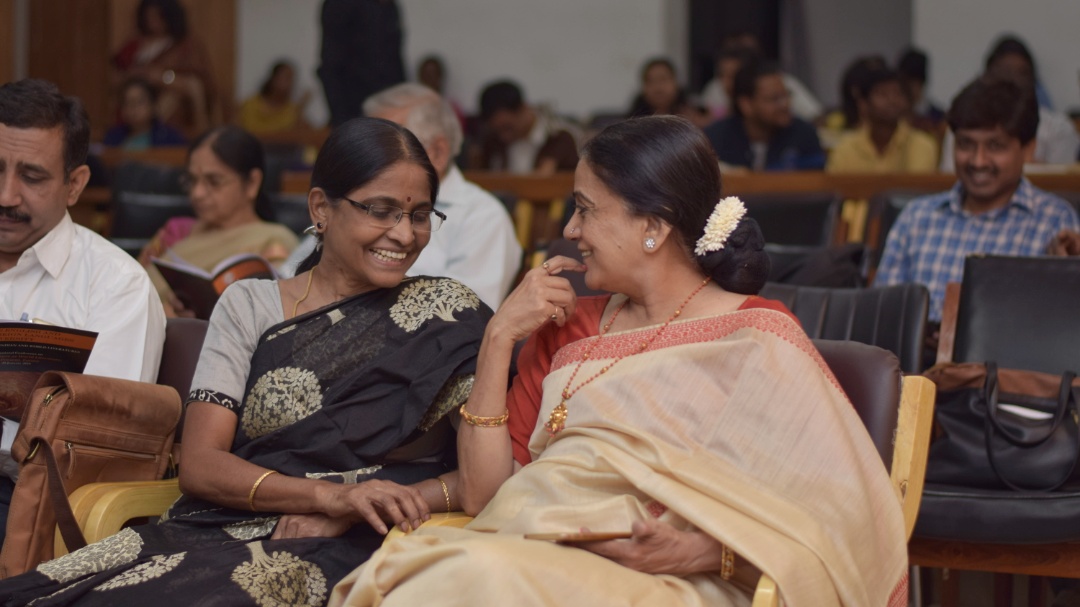 I am introduced to more Plenary Talk, this time on Indian and world theatre: classical, modern, contemporary. Prof Aparna Dharwadker, Dept of English and Interdisciplinary Theatre Studies, University of Wisconsin-Madison, USA discusses the detailing on stage and what makes theatre classic. The world and life of these academics is a far cry from the world I live in and much as I am attracted to a life at a university campus I discover it is not easy. If you need anything from outside or from your guesthouse you have to walk a mile. The guest house though comfortable don’t have the amenities available even in a 3-star hotel and for those unexposed to austerity, this is a reality check for sure. 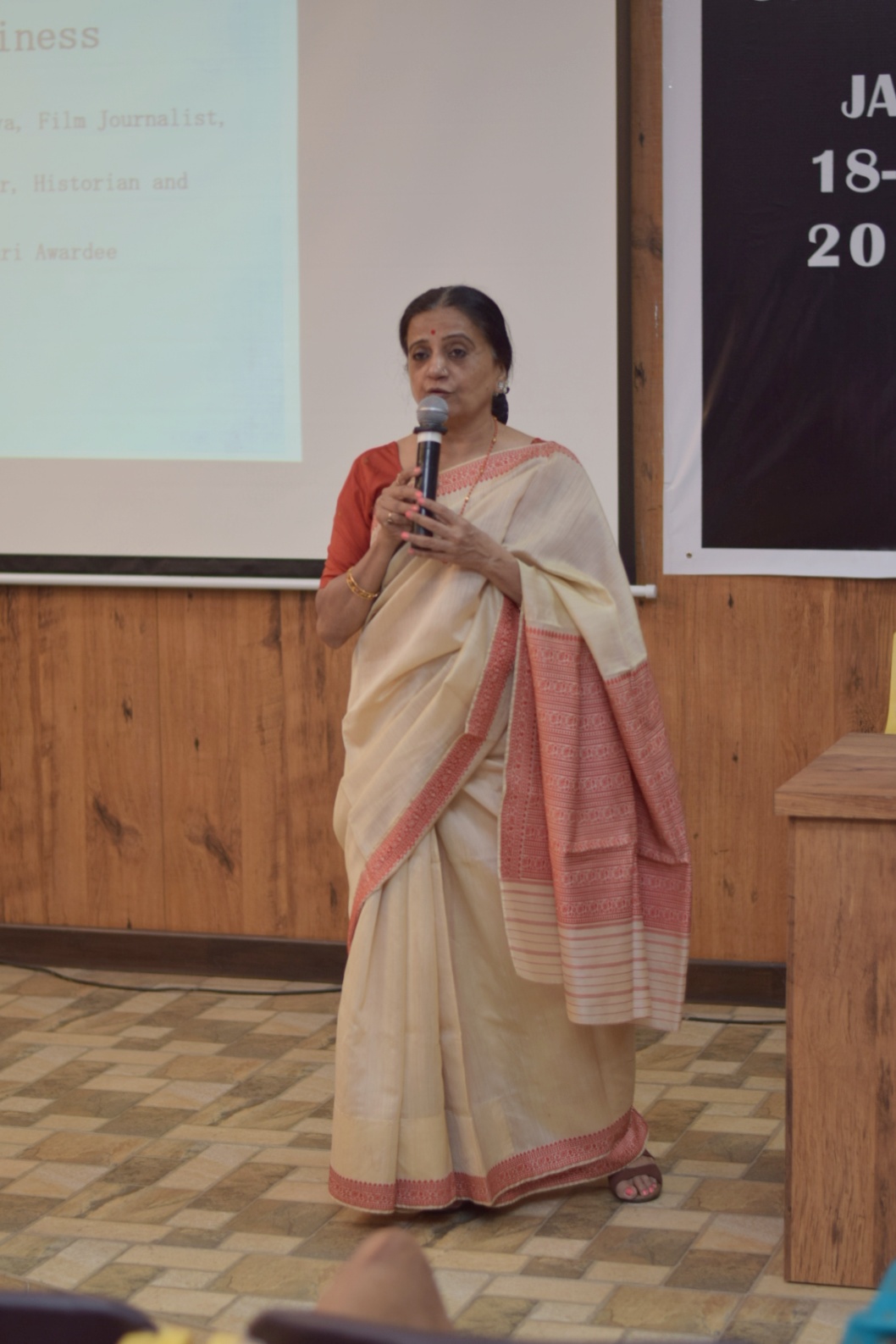 In the morning Suresh Kumar, Vice Chancellor, EFL University was assigned to introduce the Keynote Speaker, Prof T Nageswara Rao, Dept. of IWL & Director and Educational Multimedia Research Centre. The topic is Re-evaluating the postcolonial exotic and another speech by Prof Graham Huggan, Chair of Commonwealth and Postcolonial Literatures in the School of English at the University Leeds, UK.

Post lunch the discussions become more serious. The topic is India Incorporated in the Canons of world Literature, whatever that is supposed to mean. It is the same venue, the same crowd and more or less the same professors. The discussion is very informative but I find it difficult to concentrate beyond a point so I take the liberty of walking out half way and spend time at the book corner where various books are spread out for public benefit. I spend time chatting with the publisher and ask her how she got involved with the university and if this is a regular feature to display books at all universities. Very few students seem to be drawn to the bookstall; some of them appear interested but confess to me that they don’t have money to splurge on books because reading is a luxury for a student bogged down with assignments and deadlines.  The venue, however, is a big favorite with all the students because they like sitting by the pond and often fill the water with rose petals and floating candles. “We would love to fill it up with scented mogras but all of us are forever broke and never have the money for indulgences”. 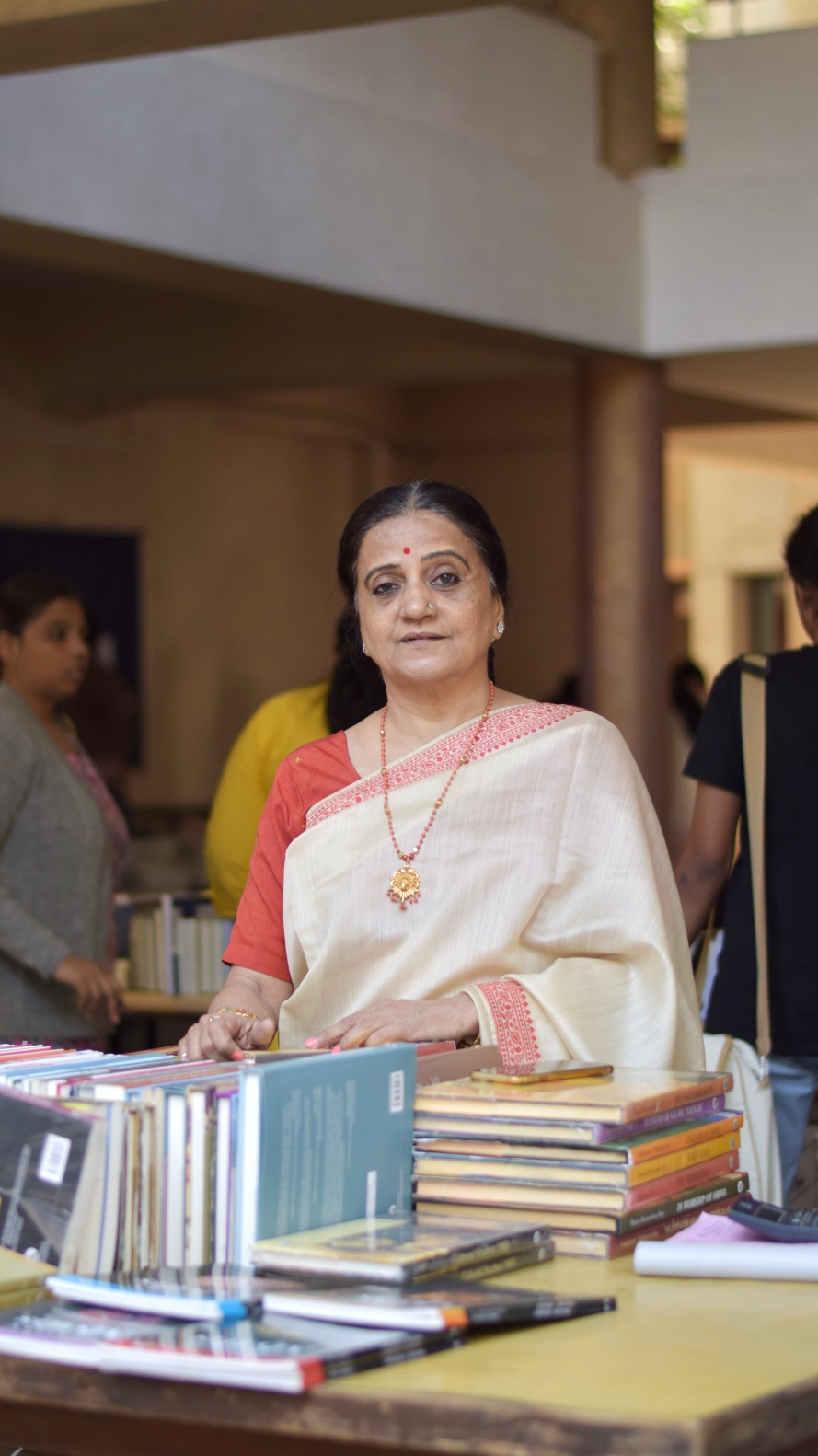 I have been invited by the English and Foreign Language University for a one day conference to Hyderabad and I am looking forward to the experience of spending time at the university campus. They have invited a number of speakers from prestigious universities in India and abroad and all of them have been put up at the university guest house. On Day 1 the registrations begin in the foyer of the New Academic Block popularly recognized as the multipurpose hall for the inaugural session. Dr. Chinnadevi Singadi, Assistant Professor, Department of IWL & Joint Coordinator of the Conference makes the welcome address followed by Professor N. Ramadevi Murru, Dean, School of Literary Studies & Conference Coordinator making vital points on the purpose of this seminar.

It is a long morning of too many speeches and I decide to spend some time by myself in the wilderness of the campus. 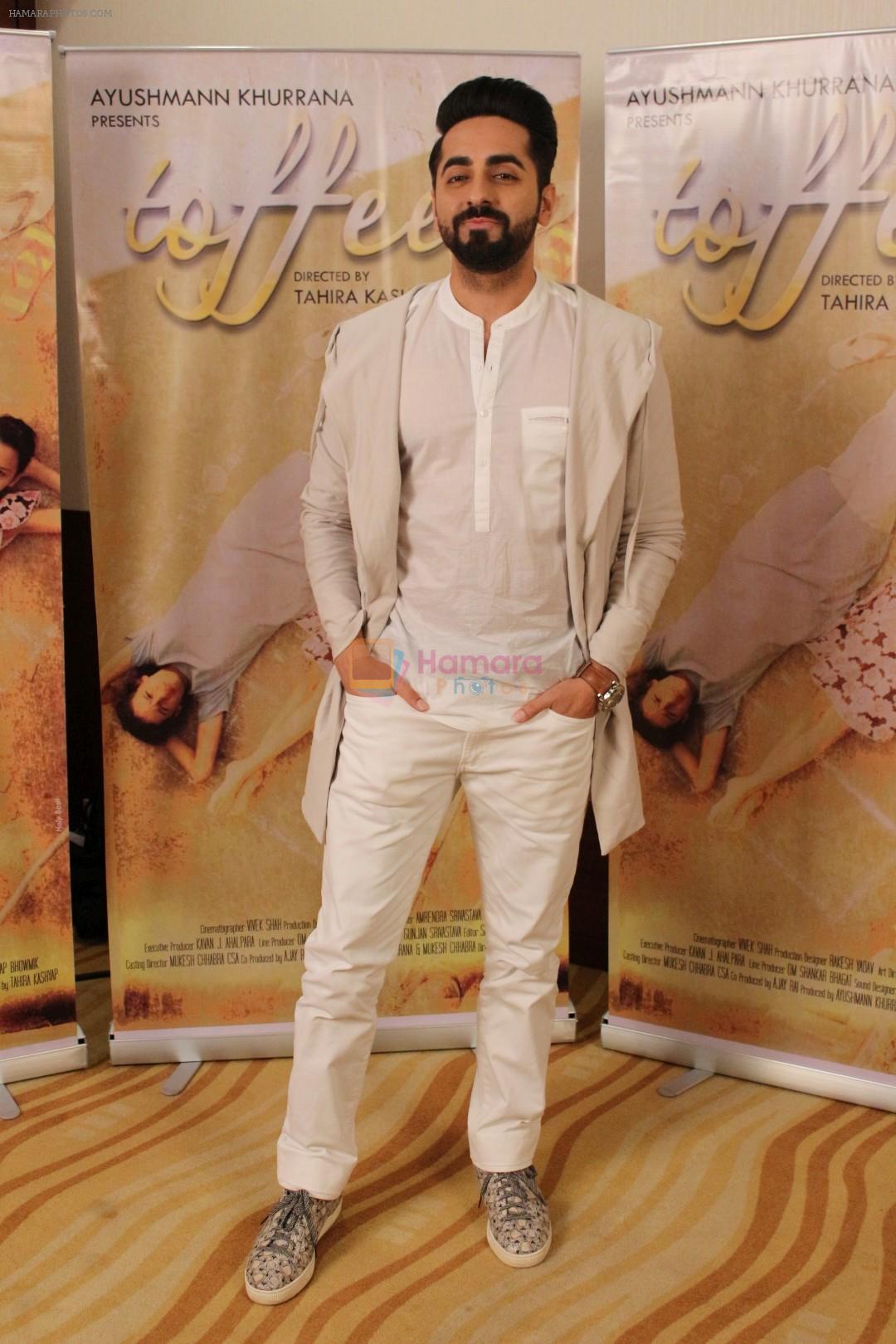 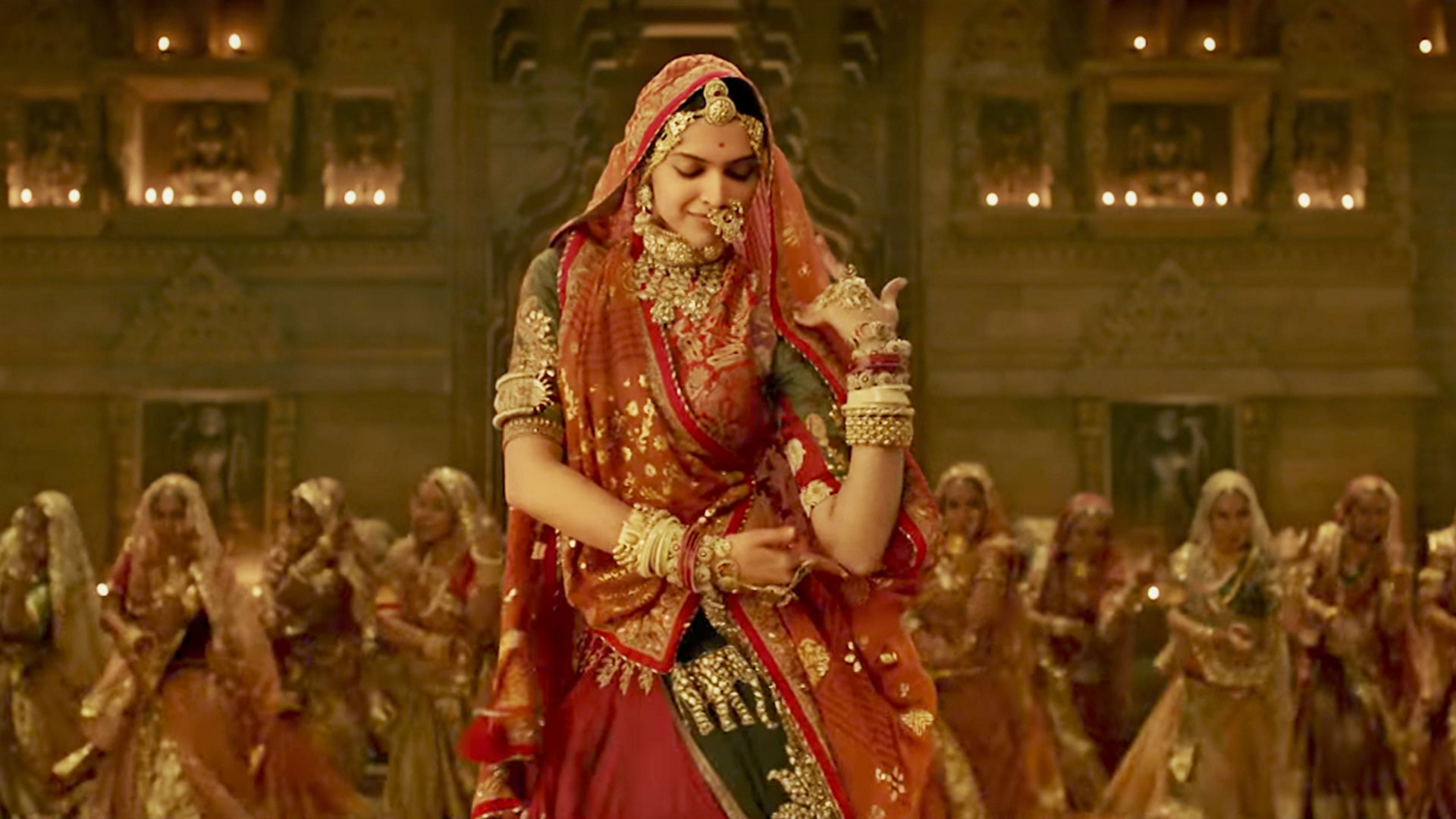 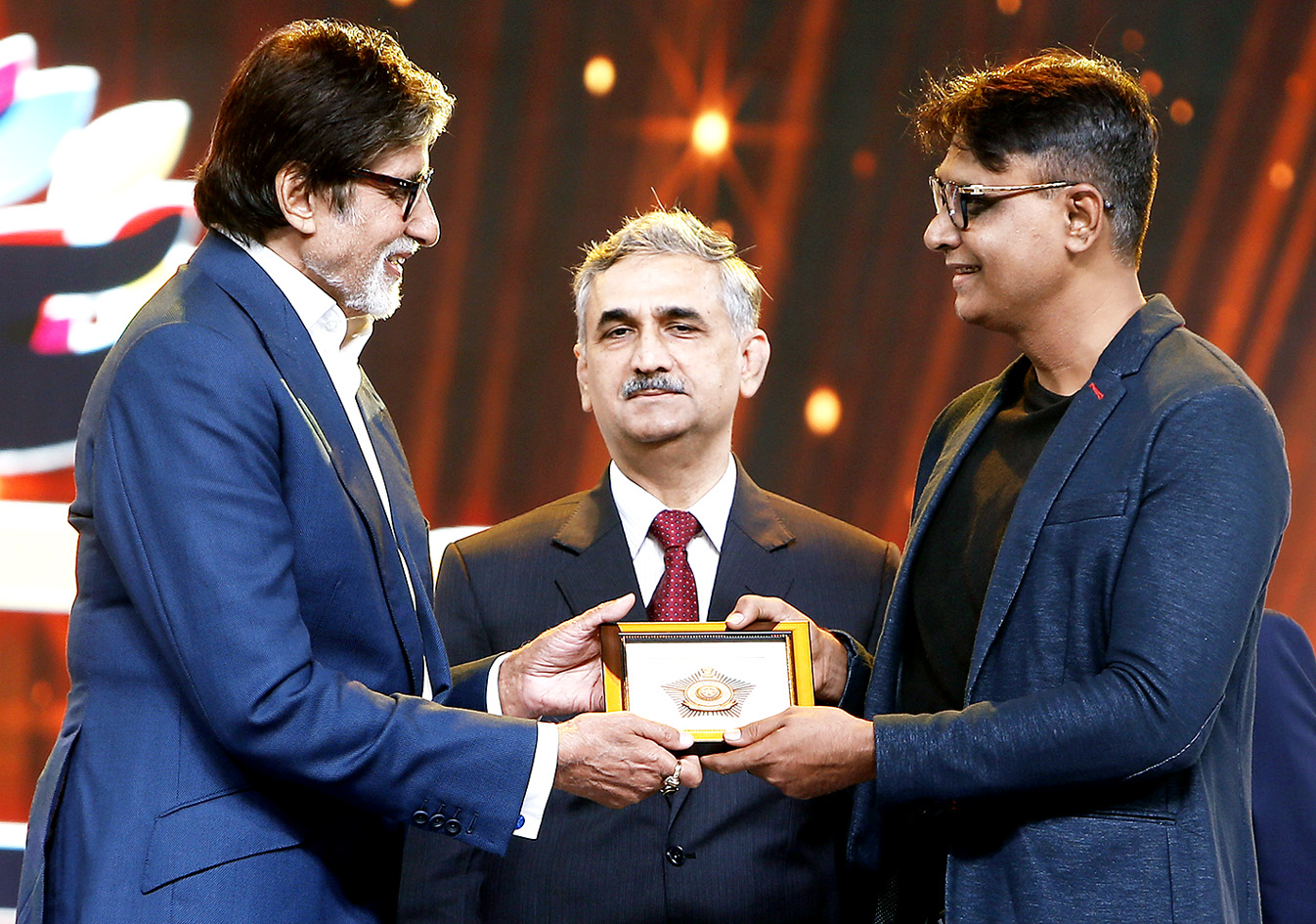 Amitabh Bachchan unveiled the third edition of Mumbai Police calendar, shot by ace photographer Pravin Talan, at the glittering star-studded event Umang along with Commissioner of Police, Mumbai Mr. Dattatray Padsalgikar and other senior officials of the police force. This time the much-awaited calendar by Pravin Talan has more realistic photographs featuring the herculean tasks of Mumbai Police across various seasons and festivals, making it one of the most enriched and liveliest calendars yet. Commissioner of Police, Mumbai Mr. Dattatray Padsalgikar said, “For Mumbai Police, 2017 has been 365 days of celebrating an undying bond with the citizens and rediscovering its power in helping us overcome any crisis.”

The calendar also gives a peek into the state- of- the- art Police control room and recently introduced Riot Control Police. 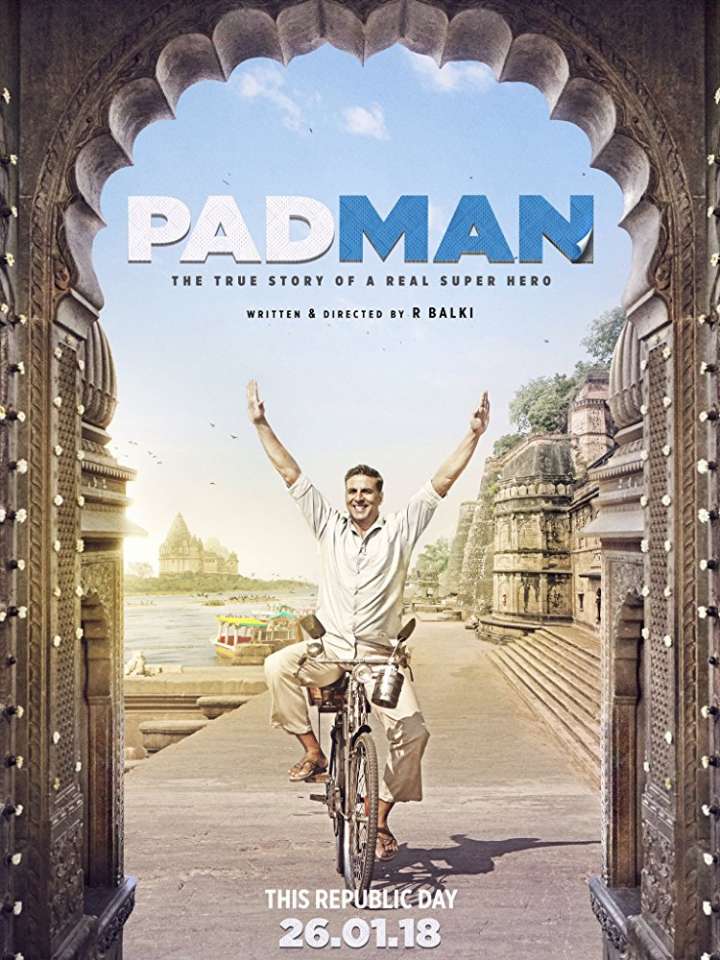 Twinkle Khanna’s latest endeavour, Pad Man, the world’s first feature film on menstrual hygiene, is based on the life of social entrepreneur and activist Arunachalam Muruganantham, who revolutionized sanitary hygiene in rural India 20 years ago. Pad Man was to release in cinemas on 25 January but when Sanjay Leela Bhansali met up with Akshay Kumar to request him to delay his film by a week it did not take Kumar a minute to postpone his release in order to support Bhansali. It is a gesture Bhansali is not going to forget easily.

Akshay Kumar knows he has a good product and a little delay will not harm his film. The film has many victories to celebrate, the latest being that Twinkle Khanna, India’s bestselling female author, film producer, woman’s rights activist, interior design entrepreneur, and former actress, has been invited to speak at The Oxford Union, the world’s most prestigious debating society.

Pad Man is the first Indian film to be showcased at The Oxford Union, presenting a milestone for Indian cinema.

At The Oxford Union, Twinkle Khanna emphasized why it is imperative to spotlight issues relating to menstrual hygiene and breaking stigma attached to periods globally as a means to empower girls and women worldwide, “This is not a film it is a movement”. 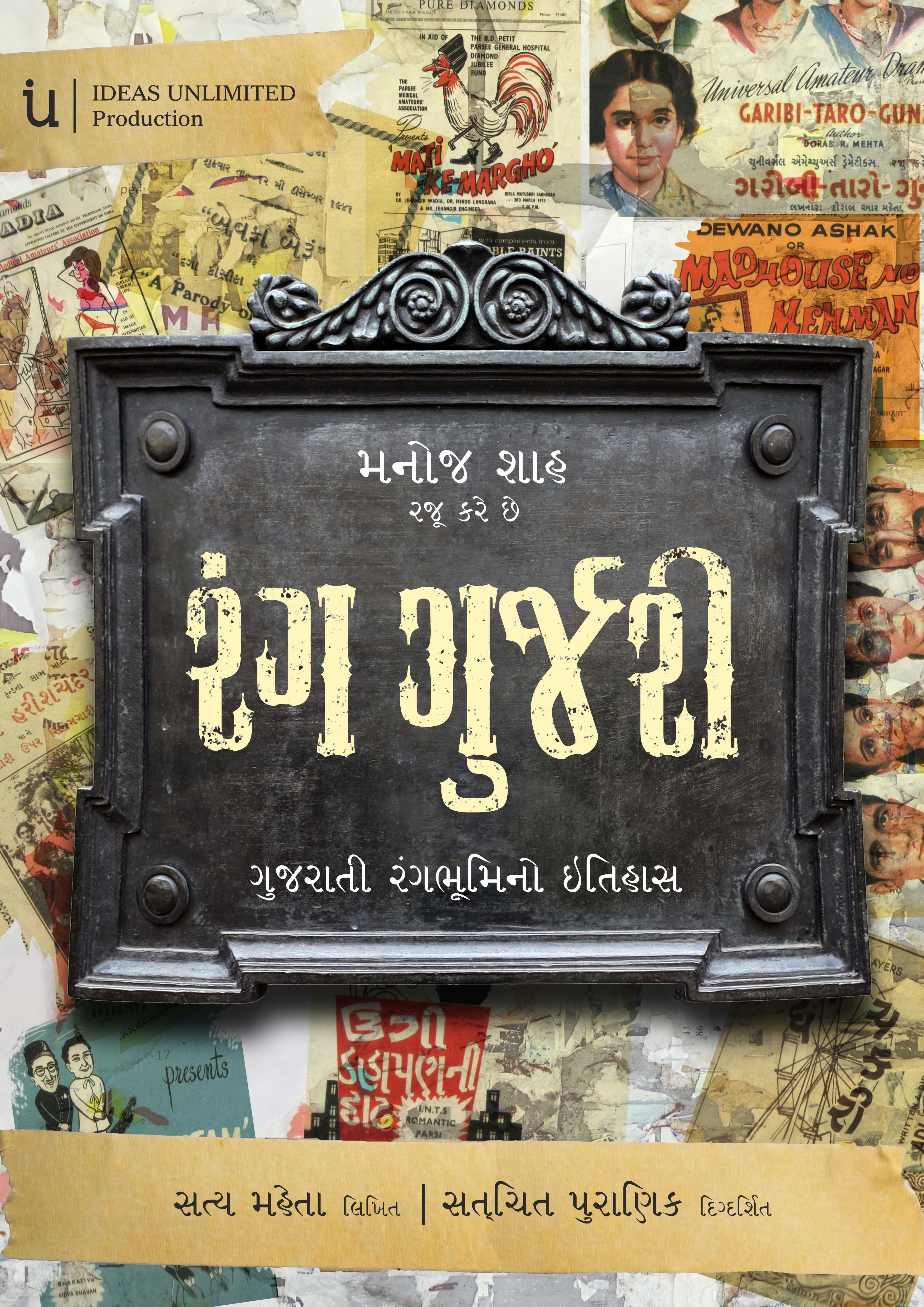 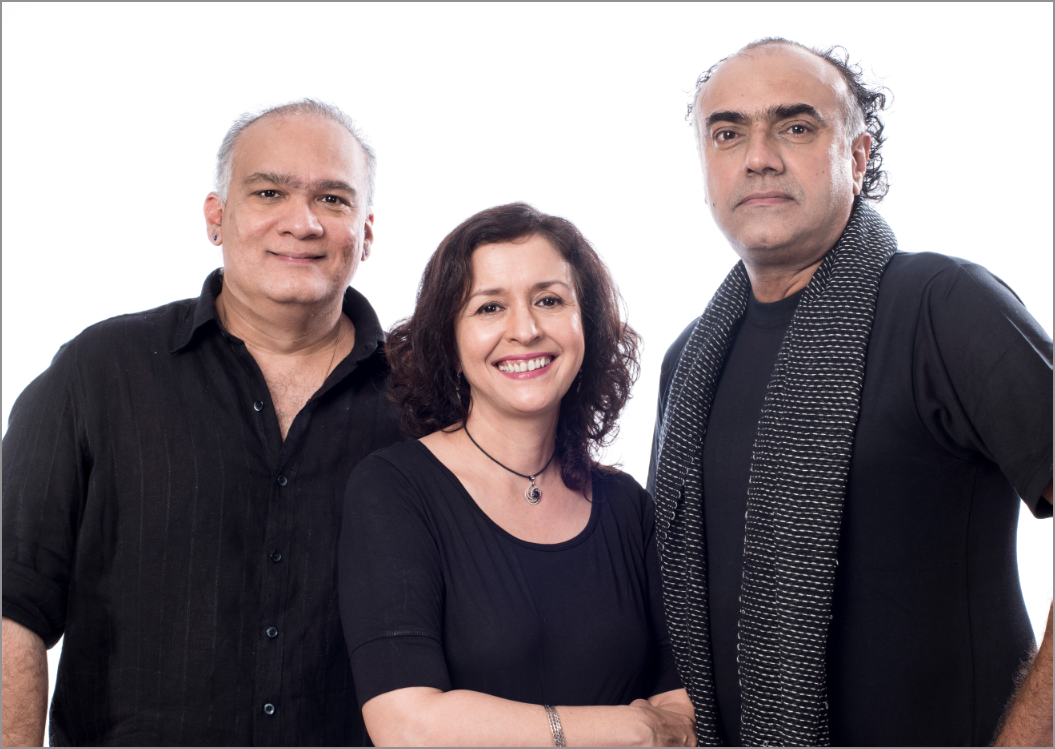 Rage in association with the Traverse theatre from Edinburgh presents a first of its kind, unique and exciting evening of staged readings from the next generation of Mumbai playwrights. The group has challenged 60 senior school students from twelve Mumbai schools to become playwrights. 20 of their original scripts, mentored by acclaimed professional Scottish & Indian playwrights, directed by a mix of professional Scottish and Indian directors and performed by professional Mumbai actors will be staged over these two days – 10 plays per day.

These young 14 to 16-year-old playwrights will be very much a part of the rehearsal process and will, therefore, have the unique experience of watching their words come alive in the hands of professional directors and actors. The mentors include an impressive list of Nicola McCartney, Stef Smith, Akash Mohimen, Irawati Karnik, Karishma Attari and Shaili Sathyu and the acts will be directed by Emma Callandar, Nicola McCartney, Anahita Uberoi, Dhanendra Kawade and Sheena Khalid.

“We at Rage have been championing new writing for the past fifteen years through our playwriting project Writers’ Bloc”, says Shernaz Patel. “Rage is thrilled to be partnering with the Traverse for this absolutely unique project. How many kids have an opportunity to learn how to tell stories for the stage and then be an intrinsic part of the theatre process, watch their characters come to life in the hands of professional directors and actors and then have their plays performed in a professional theatre. We are certain that this initiative will, in the long run, lead to a new generation of playwrights” 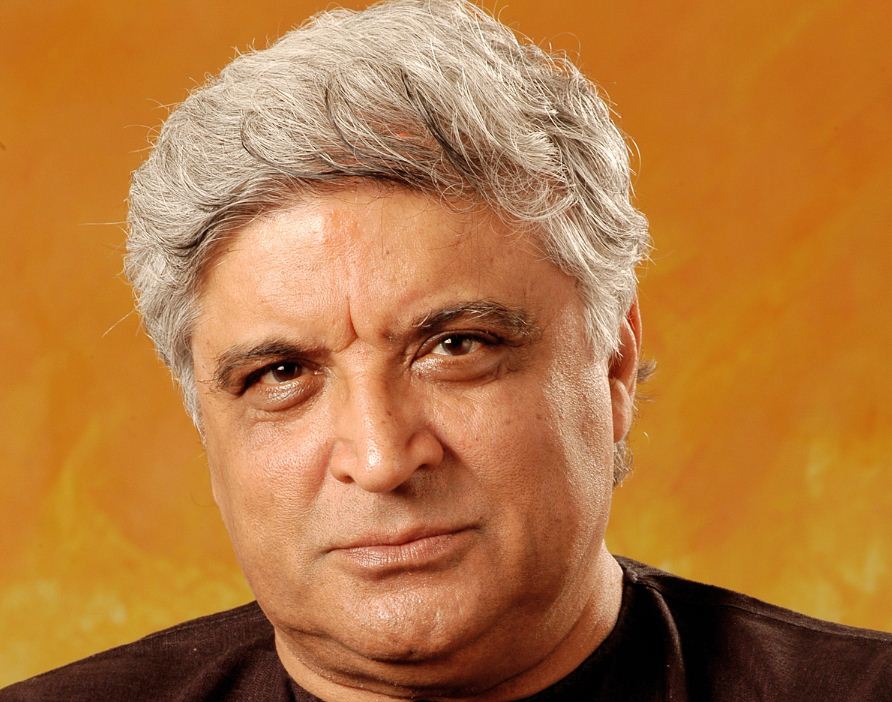 On 14 January was Kaifi Azmi’s birthday and on 17 January is Javed Akhtar’s birthday.  In today’s blog the son-in-law pays tribute to the father-in-law.