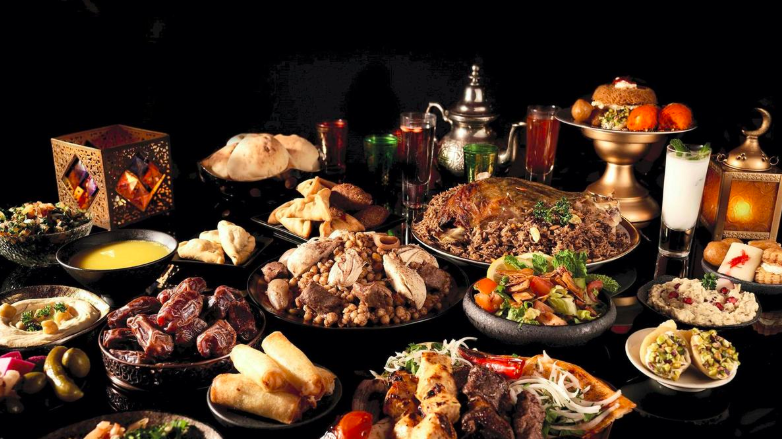 Our Muslim friends have been enduring the summer heat without breaking their fast. They still have more than half a month to go and they are being courageous. If you are walking the streets at 7 pm in the evening you will feel the energy of the holy month Ramzan. People are rushing home on scooters and the food stalls get ready with choices for hot snacks. The masjids have an aura about the place by the evening. I have never been inside a masjid but seen in pictures a line of fruit plates placed on the carpet as devotees can wash their hands/ feet and gather to open their day-long fast.

I have heard that the opening prayer is a brief offering; I have heard that some open their fasts with a pinch of salt, some with water and some with khajoor. Fruit/ fruit juices are essential for the iftaar because after no food all day it is important to consume food that is light on the stomach. Some crave for a cup of tea and hardly eat anything, some cannot stop eating all night and some have small snack backed by an early dinner.

No matter what time they sleep the devotees wake up at 4 am for the morning namaaz after which they are allowed a cup of tea and whatever they wish to eat though it is difficult to consume food so early. Most of them just prefer to relish a cup of tea with probably a toast or two. Not an easy exercise at all and to think they do it for 30 days, year after year. Respect… 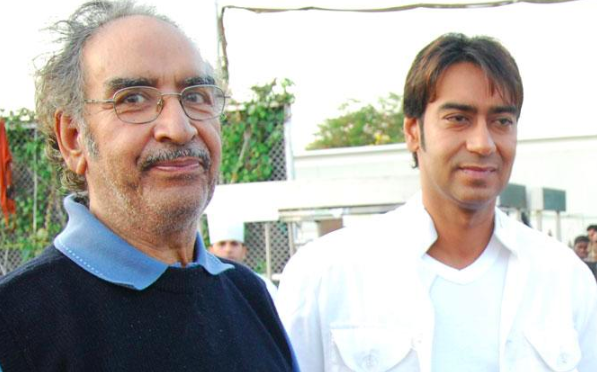 Veeru Devgan was born in Amritsar, British India and came to Bombay to try his luck in films. He was good at stunts and a well-wisher had told him that he had a bright future in films. It was not an easy journey for sure. Like everyone he started as a body double for the leading heroes and graduated to becoming a fight master.

Action is very easy in cinema today because of the technology, adequate precautions and the insurance contracts but it was not always like this. In the olden days however every film and every scene was dangerous and to be performed at the owner’s risk. It was Devgan’s dare devil attitude that made him a hit with all the lead heroes.

He was a favorite with all the production houses too.  There was a time matching the dates with the fight master was difficult and shootings were often cancelled if Veeruji was not available.  He worked with diverse banners be it Manoj Kumar’s Kranti, Bokadia’s Aaj Ka Arjun, Rakesh Kumar’s Mr Natwarlal,Boney Kapoor’s Mr India, Tinnu Anand’s Shahenshah or Rajeev Rai’s  Tridev.

His best action was reserved to launch his son Ajay Devgan in Phool Aur Kaante and subsequent films like Ishq and Dilwale.  Veeru Devgan produced Dil Kya Kare, Singhasan and Hindustan Ki Kasam, his only work as a director. Not many people know this butVeeru Devgan served as assistant director on Vishwatma and Mera Pati Sirf Mera Hai. 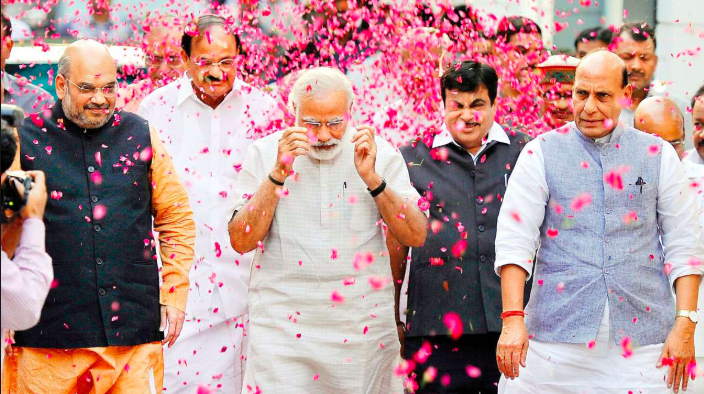 What a victory and what a speech, like the rest of India I have been glued to the television ever since the results have been out or maybe even before that. My phone is bursting with messages and it is interesting how those who were strongly against Narendra Modi have changed their tunes. This is apparent on the television as well. The news anchors have lowered their volume and have stopped pontificating at the Prime Minister.

I was certain he would win, not because I am a political expert, I am not but because I know Gujarat and I know people of Gujarat. I know how they feel about their Namo and why they feel he is a capable leader. Modi has transformed Gujarat and all credit goes to him.

As we celebrate BJP victory my mind goes back to one man, my brother-in-law. I was in Ahmedabad and we were watching the news at his home when looking at the state of affairs, my angry brother-in-law said ‘Nothing is ever going to change in this country unless we change our leader. There is only one man who has the courage and the guts to redefine India and unfortunately he is not at the center. It is my challenge, send Narendra Modi to Delhi and he will become the Prime Minister.

My brother-in-law said this in the 90s and even though Advocate LG Thakkar is no more today, his words have come true. Modi has changed India! 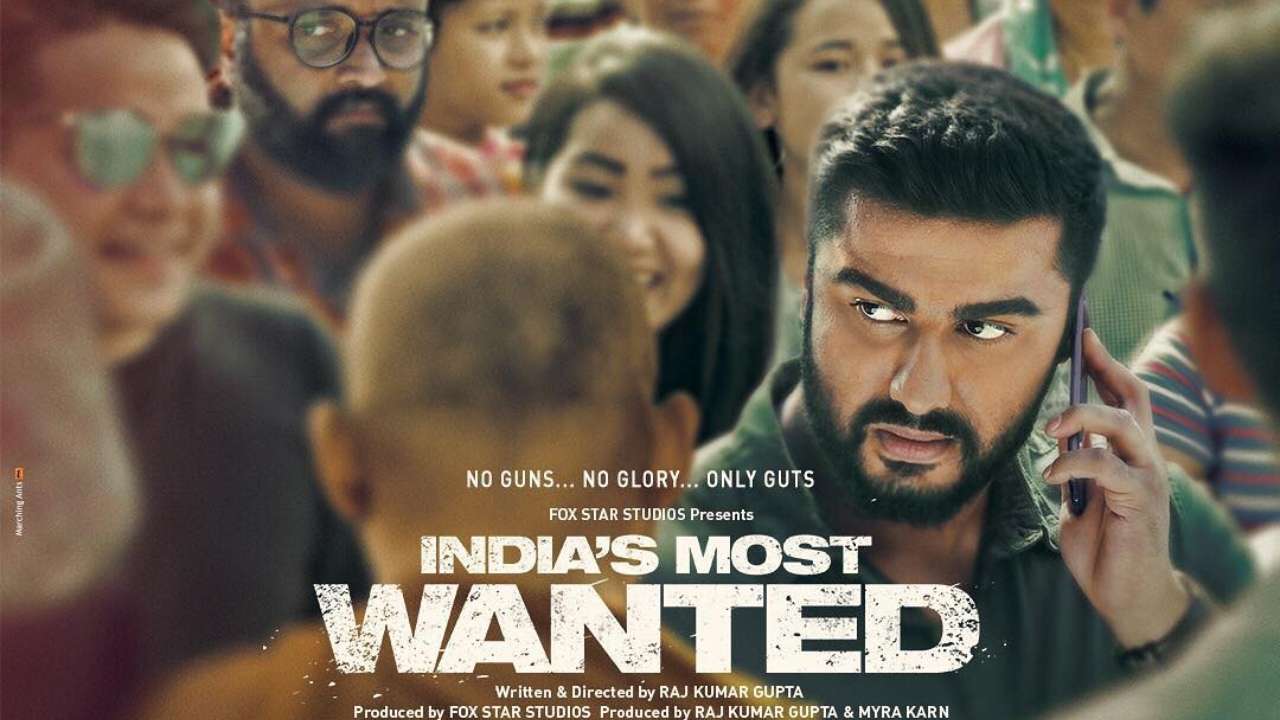 India’s Most Wanted is a spy thriller following an intelligence team as they hunt for a terrorist called Yasin Bhatkal/ Mohammed Ahmed Siddibappa founder of the Mujahideen and the mastermind behind 52 blasts (2007, 2013) across India and the man responsible for the death of 220 citizens.

Directed by Rajkumar Gupta of Aamir/ 2008, No One Killed Jessica/ 2011 and Raid/ 2018 India’s Most Wanted is inspired from true incidents where Prabhat Kapoor played by Arjun Kapoor and his team without any support, weapons from the Intelligence Bureau arrested the terrorist without firing a single bullet.

The film tells about the hardships and the commitment of these courageous officers, the obstacles faced from the system, their seniors. The regulations are crippling and in an exasperated moment, Arjun Kapoor asks ‘What system is this that permits a helicopter to drop flowers from the sky but is inaccessible to officers out to get a terrorist?’

The officers’ move incognito on the streets and we marvel at their patience and expertise. The sequence where they follow the informer and test his credentials to the smallest detail is compelling.

The problem with the film is the dreadfully slow pace!  Till the interval it is only about arriving in Kathmandu and contacting the informer and post interval is about nabbing the ghost who bombs!!

The climax is the most disappointing because all it takes for the team is to cover up the bungalow they have been watching for days, is to walk inside the unguarded gate, climb a few staircases, punch the two villains and drive across the border without a single security hurdle, wow!!

India’s Most Wanted is not path-breaking like Aamir or thought provoking like No One Killed Jessica but should be watched because it celebrates our unsung heroes who don’t get any credit/ mileage/ promotion/ money when the criminals are arrested.

I rate India’s Most Wanted with 2 stars When the RSS Chief asks a young Narendra Modi/ Vivek Oberoi to join him in his fight for the nation, Modi says he has yet to determine his journey because at times his heart wants to be a soldier and at times, a hermit.

When his parents/ Rajendra Gupta and Zarina Wahab try to get their son married, he escapes to the mountains and meditates but is restless till he finds a guru. Some years pass by and his guru/ Suresh Oberoi has three questions to test his shisya…

If he had the choice to cross the stream alone and the choice to row a boat full of people on the other side what would he prefer? If an old, ailing tree has to be axed what would be the next step? Modi waits for the third question but the guru asks him to pass him a weapon lying beside him and he does unthinkingly. It is now time for the guru to provide answers he is searching for…

That you have the power to cross the stream alone but choose to do so with other people make you a karamyogi, says the guru. That you choose to sow the seeds of an axed tree back into the soil reflects you are a healer and your offering of the weapon to me holding the cutting edge towards you says you will calamities upfront. You are meant to serve people not be in the mountains.

Modi returns home, works on grassroots with the RSS, impresses the old guards of BJP with his dedication and hard work and gets elected as Chief Minister, Gujarat. Post Godhra riots, he is forced into exile for five long years but on the behest of Amit Shah/ Manoj Joshi returns to aid the earthquake victims and is reelected, Chief Minister.

A journey marked with triumphs, defeats, mistrusts, controversies, so many scams, allegations and humiliations must bring a lump to your throat, it doesn’t. Barring a few scenes like his Skype communication in the America Stadium, his public address in the wake of a death threat and a live interview with a leading channel most of the stories you are familiar with via newspapers or television.

The problem is also that Modi’s life is too eventful and the conflict is to compress all the highs and lows into a limited screenplay. The narrative is embarrassingly sugar coated as if Narendra Modi has no failings as a man or as a leader.

When a filmmaker chooses a biopic, he also chooses the ideology of his subject but he has the option of projection and director Omang Kumar turns a blind eye to Modi’s failings as a man and as a political leader bypasses thus depriving the audience of an honest audience of an insightful story.

Vivek Oberoi portrays the dialect, oratory and the expressions of the prime minister but unlike Boman Irani who captures the spirit of Ratan Tata, Vivek fails to imbibe the spirit of Narendra Modi.