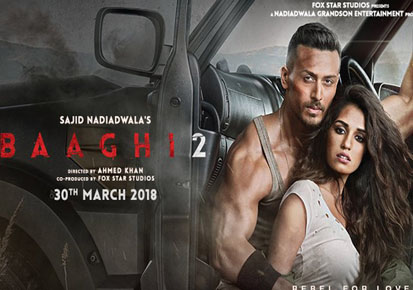 The trailers of Baaghi 2 prepare you for an out and out action so one is surprised that the writer has actually bothered to weave a story so what if it is a remake of Telegu hit Kashanm, 2016.

One morning Neha/Disha Patani is attacked by masked men as she waits to drop her child/ Ria to school. After a serious trauma disorder and two months in the hospital, Neha discovers that her daughter is still missing and the police has shut the case due to lack of evidence.

With no one to support her Neha contacts old boyfriend Ronny/ Tiger Shroff now serving as an army officer for help.

The first half of the film concentrates on the romance between the lead pair and a feeble attempt to create intrigue. The second half is about solving the mystery and punishing the villains, in short a lot of action!

The demerits of the film are the illogical plot, the exaggerated situations and meaningless violence. There is not a single weapon besides pistol, gun and knives that are spared and this includes sticks, ropes, pipes, drums, barrels, gas, smoke, fire, glass, bombs, chairs, tables, everything…

And this occurs every five minutes at any occasion/wedding or police encounter and every location/ hotel, bars, garage, dungeon, forest, helicopter, farmhouse, hospital, lockup, dark alleys and buzzing streets.

It is a torture to constantly watch vehicles blown to flames and goons beaten up in bloodbath because the question always is how much is too much?

The merits of the film are the scale and the production and the variety of skillfully performed action sequences and more than that the effort to present all the actors in refreshing roles.

Manoj Bajpayee as DIG officer, Randeep Hooda as LSD and Prateik Babbar as Sunny do their best, Deepak Dobrial for a change is in a serious mood and Disha Patani tries hard to be taken seriously.

Tiger Shroff sets new standards for action. He hangs from a helicopter, jumps from the rocks, flies into the sky and chases like a leopard and most important packages passion in his emotive scenes.

If you like daredevil action and Tiger Shroff then Baaghi 2 is for you, if not it is better to stay at home. 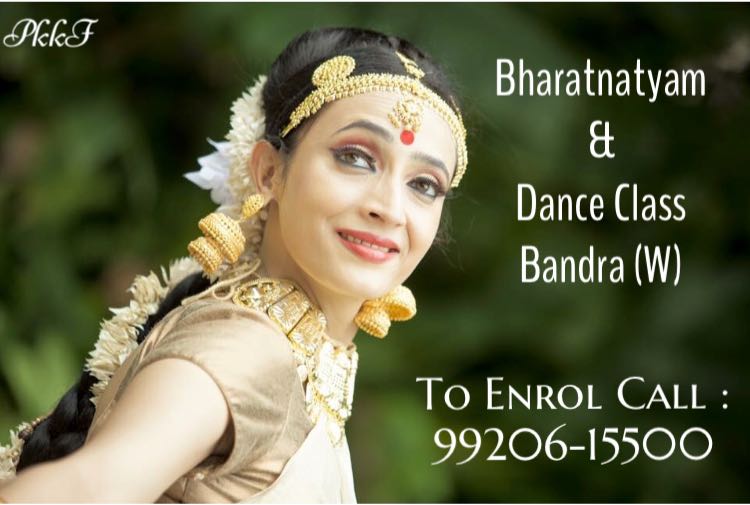 Any performing art is not possible without the immense passion and where there is passion there is always a way. Different artists have a different way of working for accomplished classical dancer Madhuparna Kumar dance is a way of life. She has been dancing since the age of five and continued over the decades even after marriage and a baby.

Madhu’s day begins with riyaaz followed by one class after another in different age groups and experience. Often to make it interesting for her students she holds a combined workshop of children where the slightly senior students supervise the steps of the junior ones. I happened to be at one such workshop and was enchanted by the chemistry and affection among all the students. Is it surprising that Madhu starts a new batch of students in Bandra from April, if you live in Bandra and are a lover of Bharatnatyam don’t think twice, call 9920-6-15500 you will never regret your decision

On the same day, a private roundtable discussion between Tacita Dean, Christopher Nolan and the major influencers in the world of film is scheduled to discuss art and conservation that will cover a range of topics linked to the future of photochemical film as a shooting, exhibition and preservation medium.

The following evening has a 70 mm screening of Dunkirk at Carnival Cinemas, IMAX, Wadala to be introduced by Oscar-nominated director Christopher Christopher Nolan who brings 70 mm film projection back to India after 26 years!

This is going to be a first in India and The IMAX technical team has been working for days to be able to fit the projection system especially for this very special single screening of Dunkirk and Warner Bros has flown the IMAX 70 mm film print in from Los Angeles – a shipment that weighed almost 300 kg – to ensure that Indian audiences get the opportunity to watch the film the way that Christopher Nolan intended for it to be. 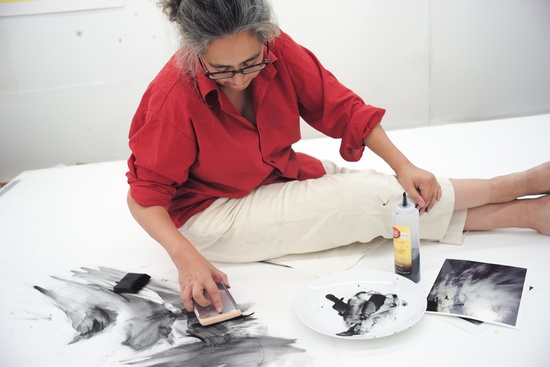 Day 01 session will focus on the process and the non-deliberate act: why the medium of film is important to artists featuring a talk by visual artist Tacita Dean at the Dr. Bhau Daji Lad Museum.

Dean will present a slide lecture on her process and practice and why she frequently uses 16mm and 35mm film in her work, the importance of ‘medium’ to artists and about the museum’s responsibility to exhibit works of art in their original form and how this has become eroded in recent years in relation to film and other photochemical mediums. She will also touch on the vital role semantics have played in the medium. 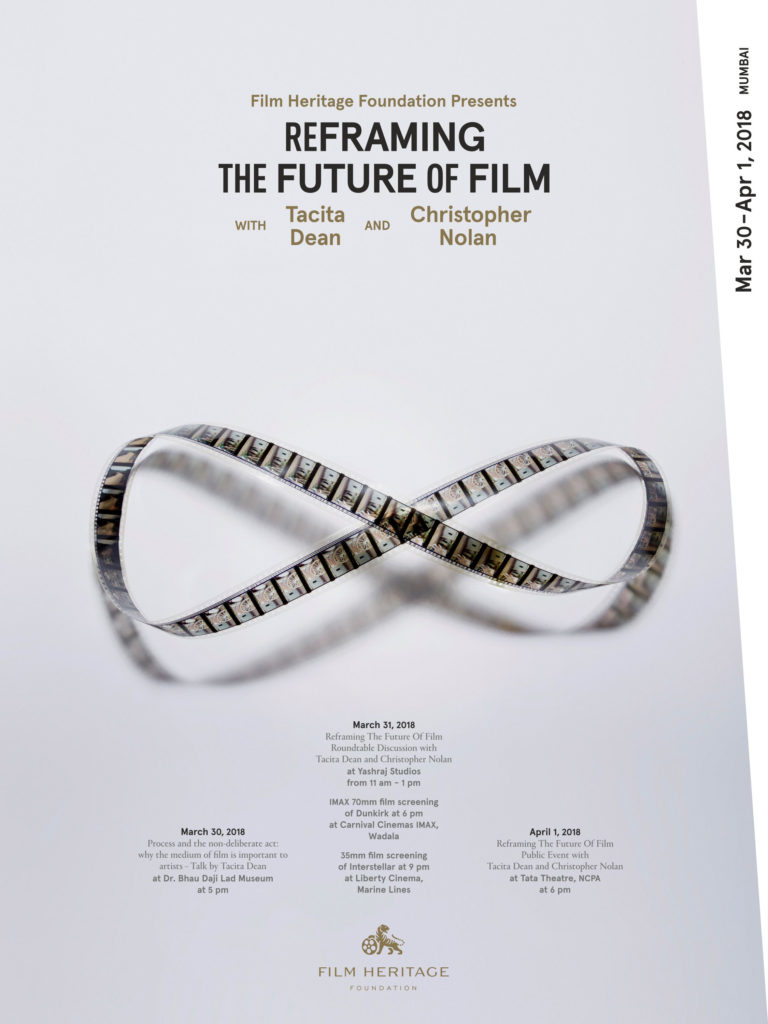 Film Heritage Foundation has been doing excellent work for some time. This week they present a three-day festival that focuses on reframing the future of film with well-known personalities Tacita Dean and Christopher Nolan. Scheduled from March 30 to April 01 Mumbai will host a never seen before come together of at and cinema. 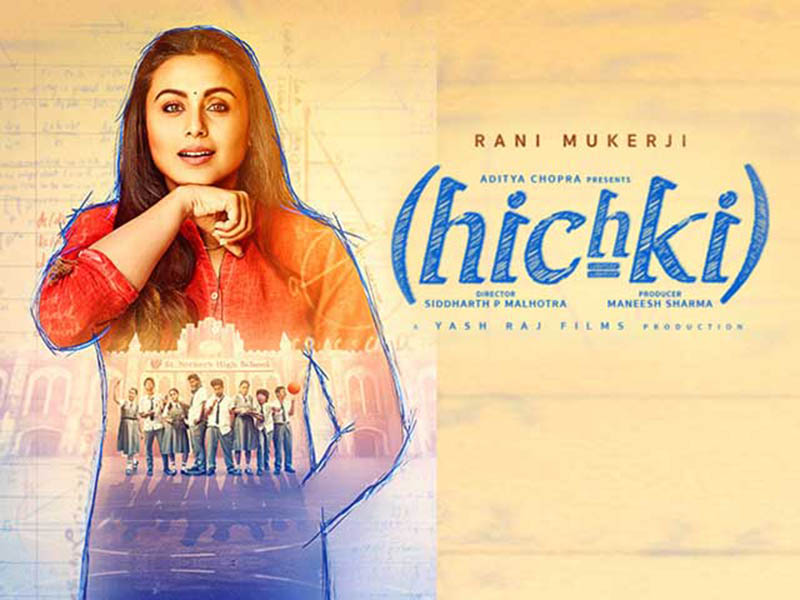 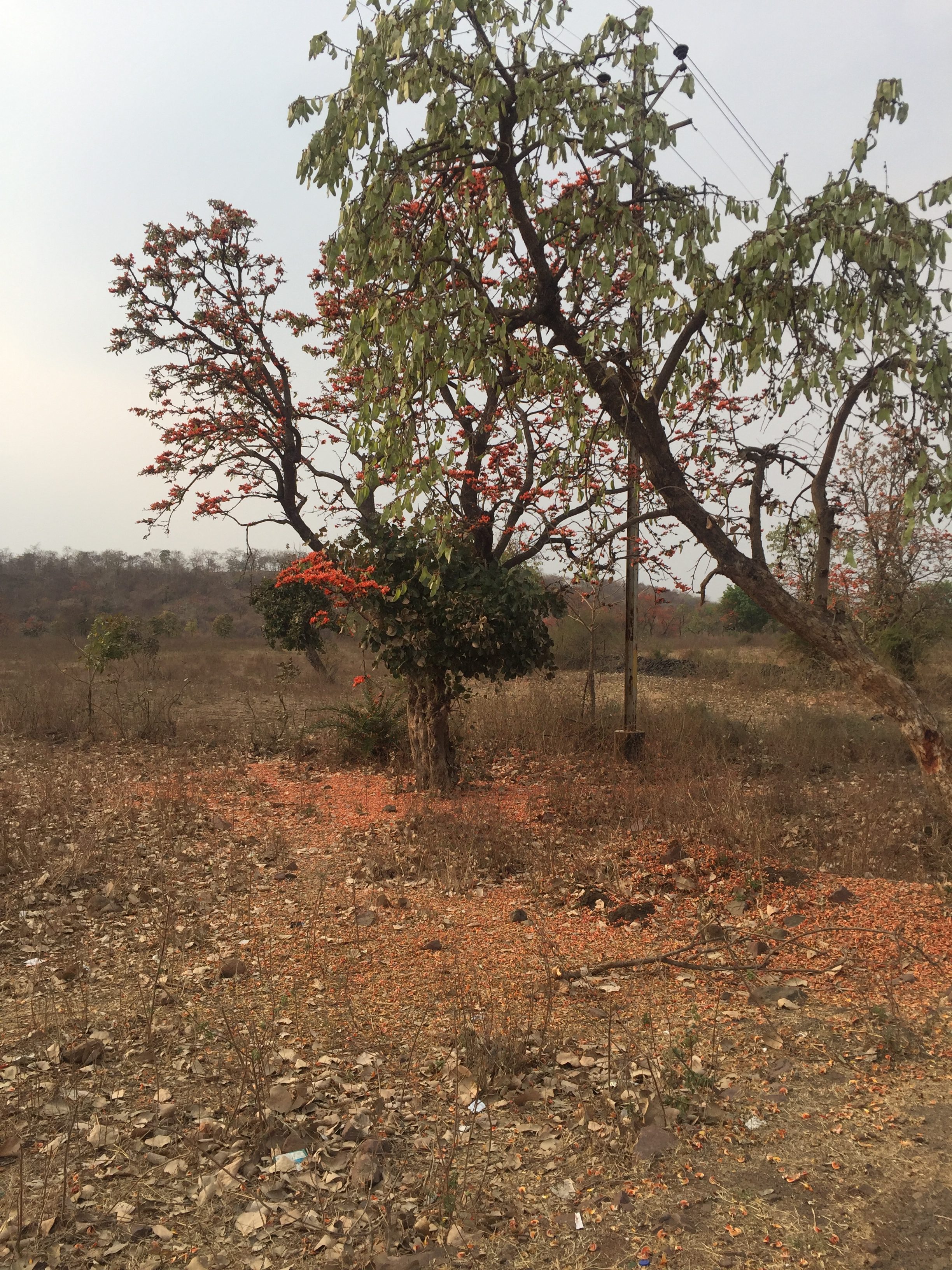 From the time I can remember I have been fascinated with trees and every time I am driving I look out for trees from the car window and give them my own names. There are robust trees and feeble trees, good looking trees and artistic trees, royal trees, sad trees and generous trees. Some stand tall and ornamental. Some pose like a dancer’s mudra. Have you ever been conscious, noticed all that I am saying? If not start observing now and lend your own names to these numerous trees. Sharing pictures of some of the trees I spotted on my last trip, tell me what feelings they evoke in you. 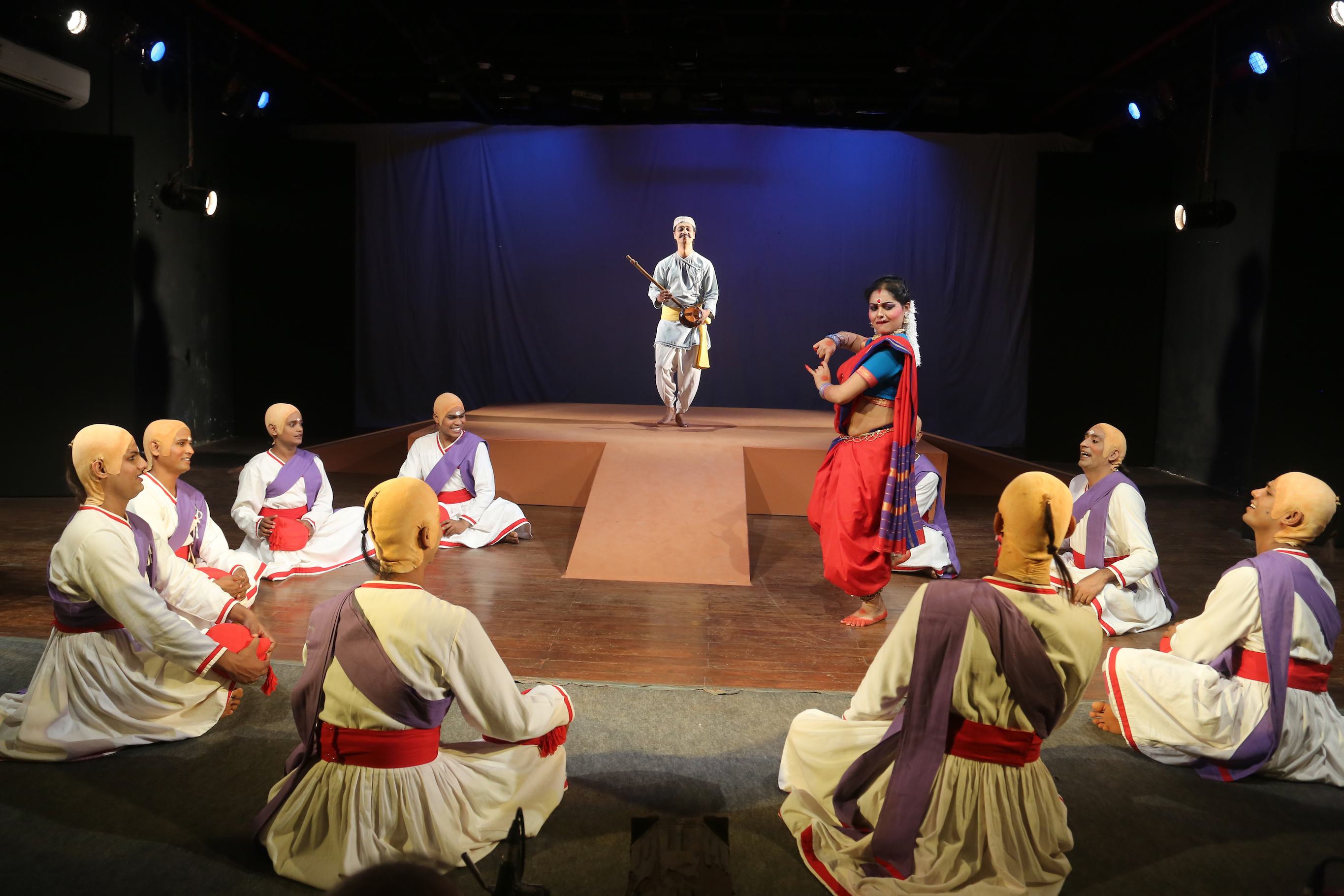 Upholding its long association with theatre, the financial capital is all set to shine under the spotlight as one of the co-hosts of the 8th Theatre Olympics, world’s largest theatre festival, being held in India for the first time.

The Mumbai chapter of the 8th Theatre Olympics is organized by the National School of Drama (NSD) in collaboration with the Directorate of Cultural Affairs, Maharashtra. The rich culture of Marathi and other languages theatre offers a perfect backdrop to Mumbai as one of the co-hosts of this global theatrical extravaganza. The city is known for its traditional values and aesthetic sense of performing arts. Therefore, Mumbai boasts of a sizeable theatre loving population who may take this chance to experience a variety of folk, national, and international productions. Art has been the earliest form of communication and nothing gives an artist more delight than performing in front of an audience that appreciates art, no matter from which part of the world they come. In a way, theatre is a great equalizer and unites people of multiple cultures and traditions under one umbrella. 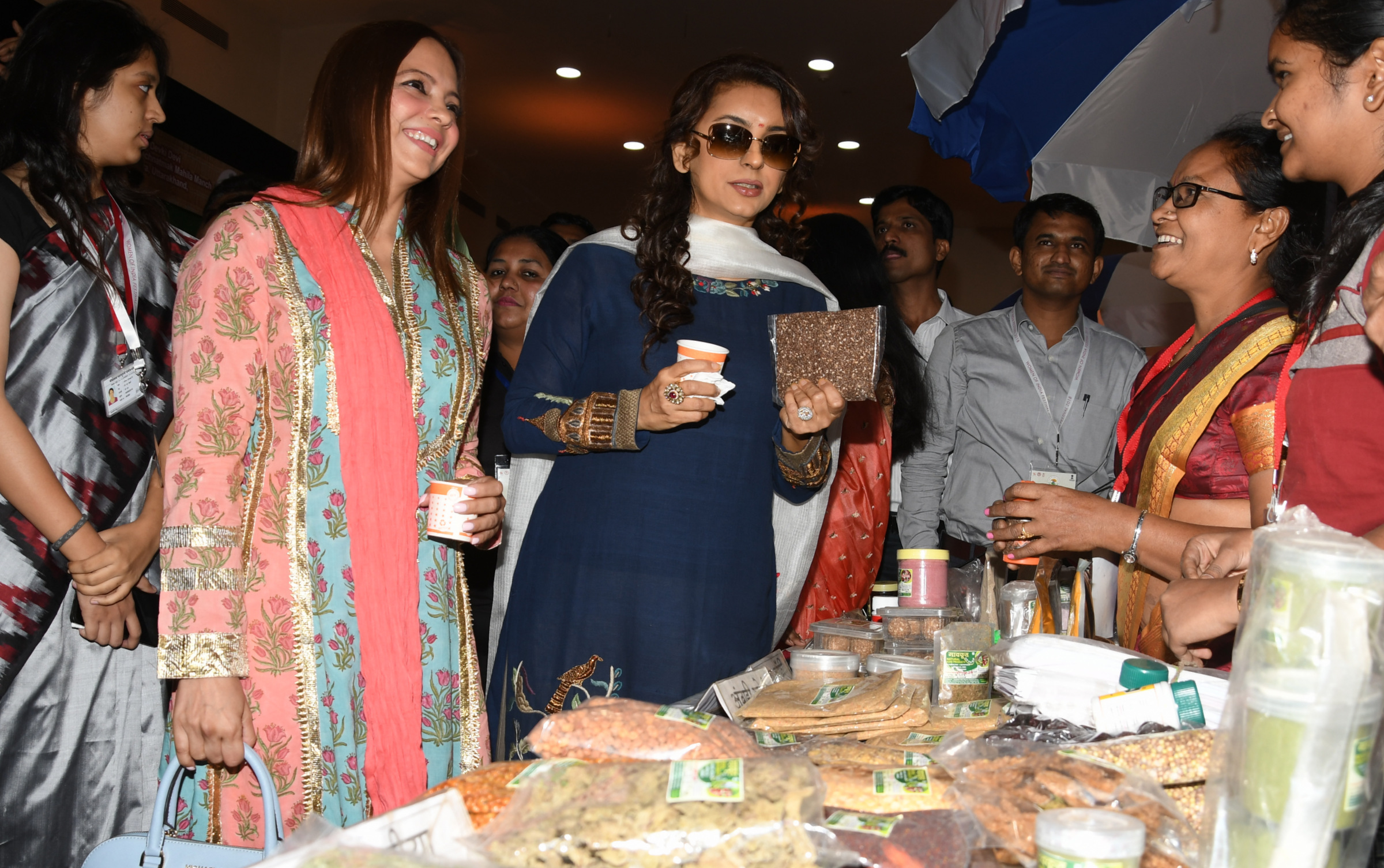 Organized in Delhi on an annual basis the Women of India Organic Festival 2018 celebrates and promotes women farmers and entrepreneurs in the organic field from across India. For the festival’s debut edition in Mumbai Juhi Chawla has been chosen as Mumbai Brand Ambassador  and the World Trade Centre in Ganesh Murti Nagar, Cuffe Parade will be the hub of India’s most varied offerings of organic products ranging from food, spices, wellness, personal care, home improvement, kitchen composters and solar products. This Festival of Organic Products will highlight the health and environmental advantages of organic goods and provide a platform to women engaged in it by boosting the development of easily accessible sales outlets for producers from the remotest corners of India.