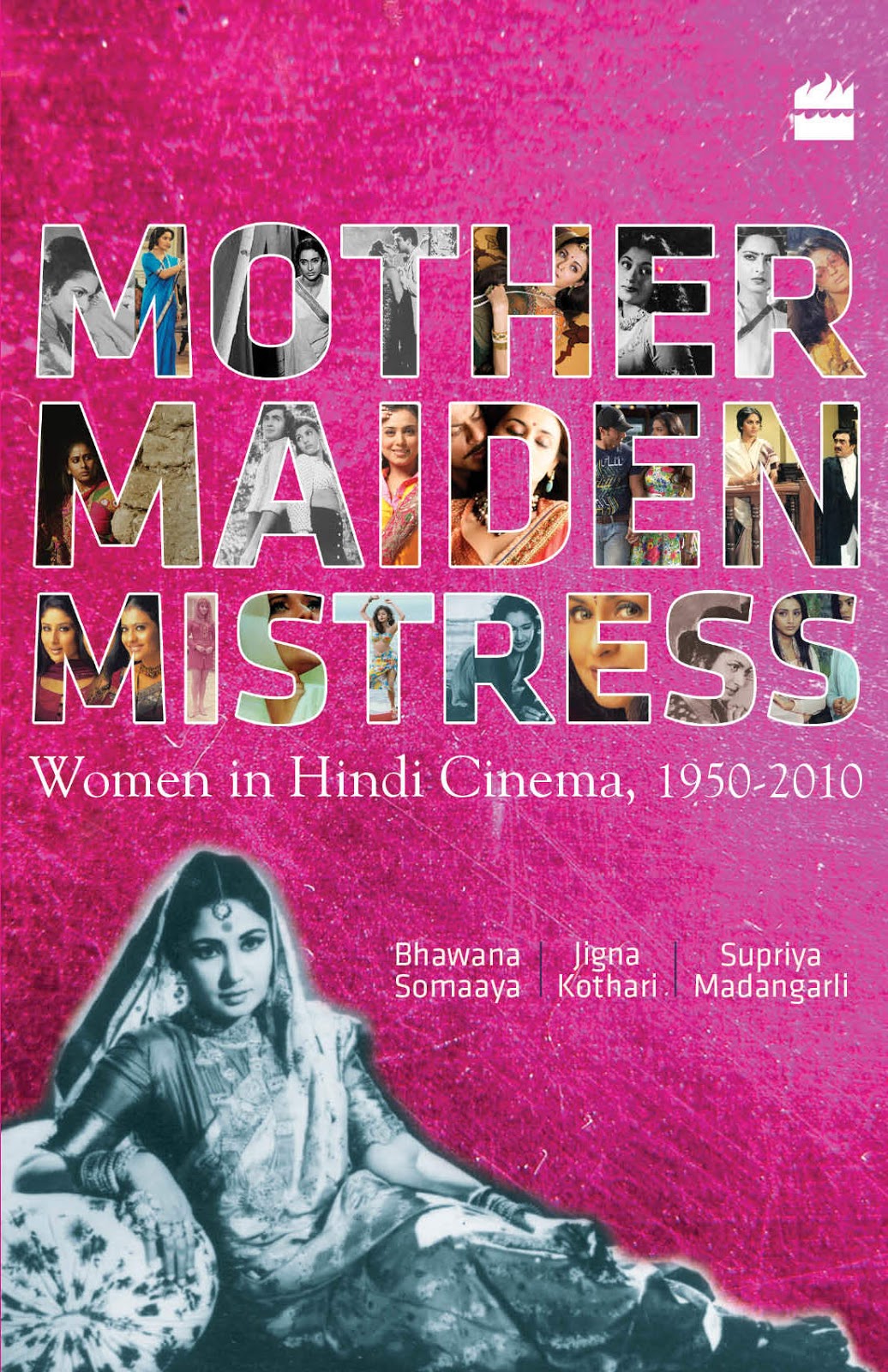 Mother Maiden Mistress (2012) co-authored with Jigna Kothari and Supriya Madangarli is celebration of women in Hindi cinema from 1950 -2010. How this book came about is a story by itself. I contacted Jigna and Supriya as researchers but enjoyed talking to them so much that we decided that we will all jointly write a book and it was a good decision because the topic was exhaustive and daunting and there were many times during the process when we wanted to give up the idea but kept encouraging each other.

It has been a long hundred years since Dadasaheb Phalke portrayed a man as his heroine in Raja Harishchandra (1913) and women have a come a long way since then both on and off screen. Mother Maiden Mistress documents the journey of women characters in films post partition to new millennium where the definition of the mother, the maiden and the mistress have changed beyond imagination.