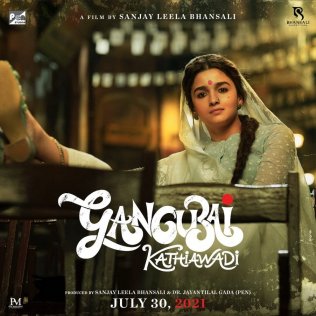 It is a bleak time for all businesses but despite uncertainty, the adrenaline is certainly flowing. Producer Jayantilal Gada better known as Pen India Ltd, in news because of Bhansali’s Gangubai Kathiawadi has struck another big deal in this difficult time. Pen has obtained the North India theatrical, electronic, satellite and digital rights of SS Rajamouli’s RRR (after Baahubali) showcasing a fictionalised story of Alluri Sitarama Raju and Komaram Bheem and starring stalwarts from Hindi (Ajay Devgn and Alia Bhatt), Telegu and Tamil cinema, releasing in three languages simultaneously. Trio language is the new mantra of the box-office and which is how even music composer AR Rahman is releasing his debut film 99 Songs.

The virus has many positive effects too, it has made space for all kinds of projects and all kinds of platforms. Abhishek Bachchan suffered a rough phase when we did not watch him on the big screen but he was preoccupied with football, Kabbadi, web series and more and now suddenly, the clouds have cleared and his plate is full again. The Big Bull the story of Harshad Mehta has released on Disney Hot Star and Dasvi is in the final schedule of production.