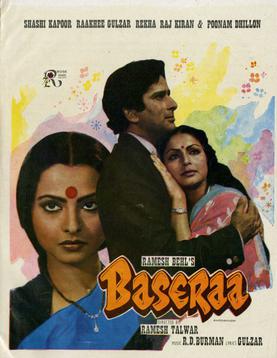 Ramesh Talwar and Yash Raj Films never worked together again. I am not attributing the fallout to the film, there many been a different reason. Nobody knows because it has never been talked about. Many years later, when Talwar watched Doosra Aadmi again on the video, he understood why and regretted not trusting his mentor but it was too late! Nobody sustains success or relationships forever but there is a lesson in this story for all of us.

In the coming years Yash Raj made innumerable films and Ramesh Talwar also directed a few like Basera, Sawaal, Duniya, Zamana and Sahibaan. He continues with theatre and is revered for plays likje Kaifi Aur Main but sometimes, I do wonder on how life would have been for Ramesh Talwar had he stayed associated with Yash Raj Films. Do you wonder about this too Ramesh Talwar and if yes, how about a sequel to Doosra Aadmi produced by Yash Raj Films, think about it seriously?