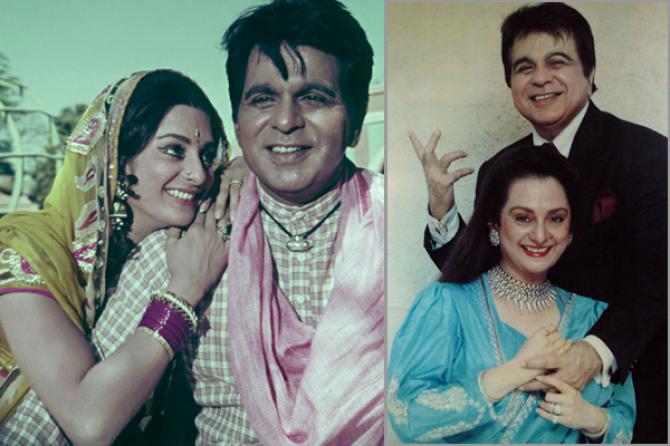 Dilip Kumar had a late marriage and to a woman many years his junior, Saira Banu.  When they got married everyone said it will not last a year but it has lasted over 50 years.  There were many challenges but the two continued to be soaked in the fragrance of love- Saab and his Begum stuck together for decades and remain madly in love till today.

I don’t know why but while the heroes were able to conquer the storms in their lives, the heroines fell as victims. The beautiful Meena Kumari married director Kamal Amrohi. They separated, came together, married again, separated and came together for a film Pakeezah. Madhubala, a top ranking heroine of the 50s married singer Kishore Kumar against the wishes of her family and paid a price! Kishore Kumar married and divorced once, lost interest in Madhubala after marriage and neglected her.  When she fell seriously ill he dropped her at her parents’ where she died a sad, lonely death.