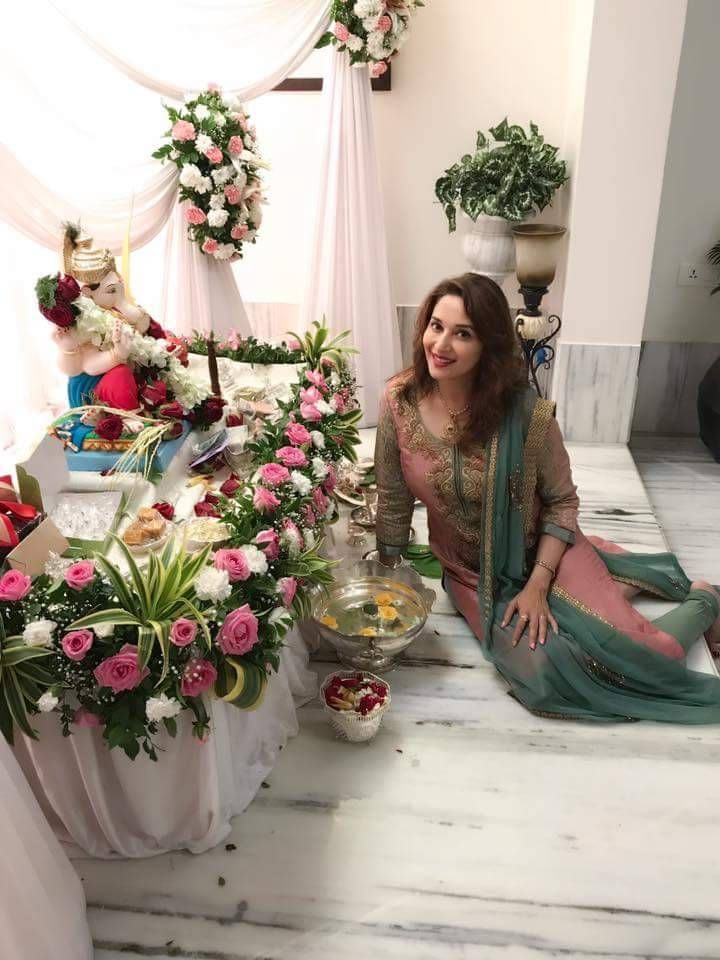 Urmila Matondkar makes her first appearance on a reality show with Madhuri Dixit celebrating thirty years of her super hit film Saajan.  Directed by debutante Rima Rakeshnath, the success of Saajan had surprised everyone and looking back, I feel it was the magical casting of three superstars- Salman Khan, Sanjay Dutt and Madhuri Dixit combined with the music that made Saajan a memorable film.

Today is Ganesh Chaturthi and it is the right day to talk about our Maharashtrian actors. Nutan was the first Maharashtrian superstar in the fifties. Smita Patil in the seventies though a good actor was never considered a mainstream star. In the eighties Madhuri Dixit came like a storm and offered stiff competition to Sridevi. And in the nineties came Urmila Matondkar better known as the Rangeela girl.  There are rumors that Urmila is coming back to movies butt she has denied all the stories, says she would rather live in the memories of her stardom instead.