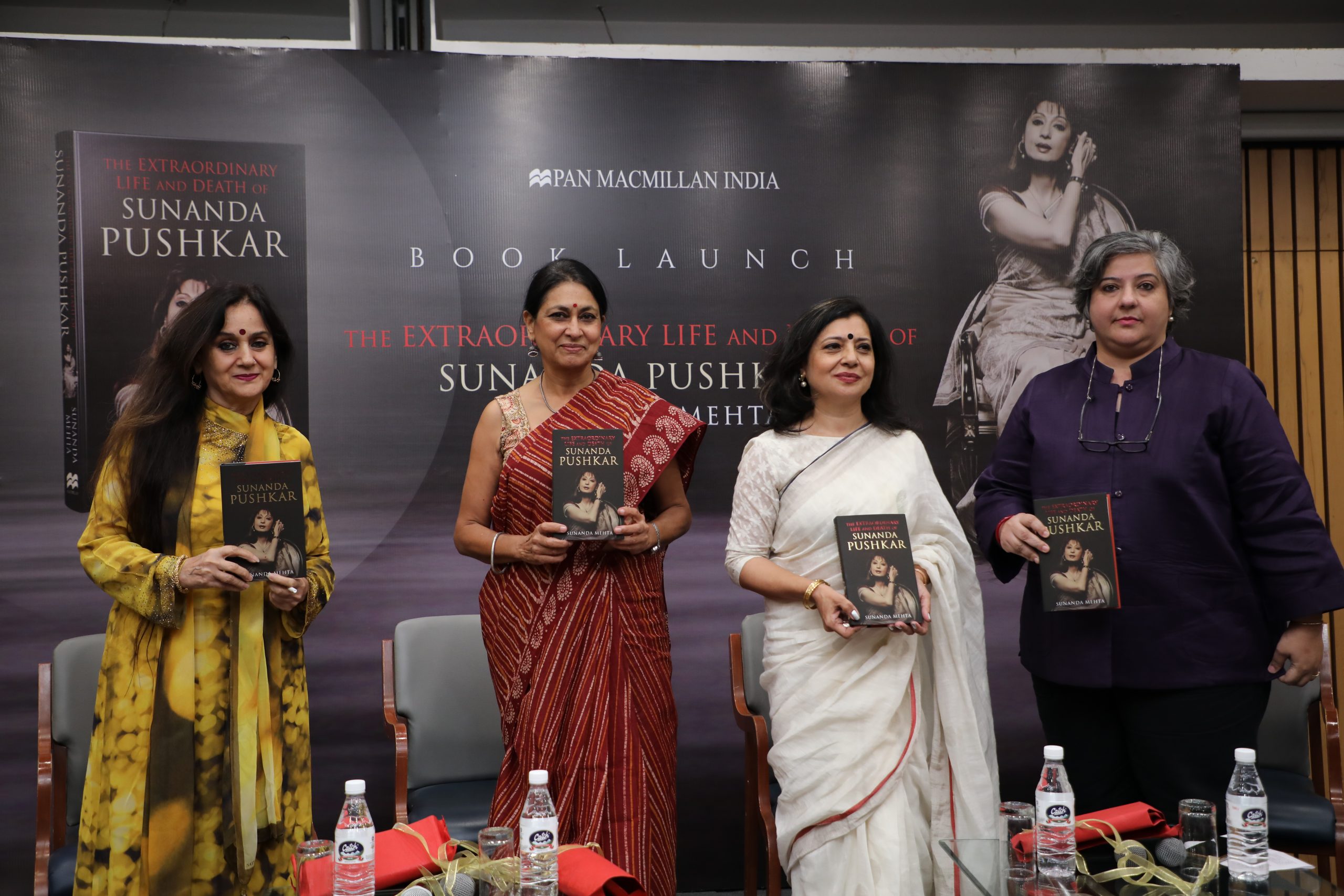 But when Sanjay reached the hotel around 5 pm, he was told by the staff that Sunanda was still asleep. He sat down in the suite’s ante-room, waiting. He called Nakkul again and updated him about the situation, saying he was feeling uncomfortable and would rather go down to the lobby, and did so soon after the phone conversation ended.

Meanwhile, at the Aaj Tak studio, Nalini avoided calls and conversation about Sunanda as conversations in a studio are easily picked up by the microphones. Around 3:30 p.m., when she was relatively free, she messaged Sagarika Ghose and told her that a mutual friend needed help and asked if she could help Sunanda out. Nalini also hinted that it could also make for a good story for Sagarika, as the information Sunanda was offering could be politically explosive. After that Nalini got back to her day, which was packed with high-profile news of Rahul Gandhi’s impactful speech, which had made even his detractors sit up and take notice. This news, however significant, was soon to be overshadowed by another wholly unexpected turn of events.

Back at The Leela, in suite 345, Narayan was worried that Sunanda had not yet woken up. She was not even responding to the knocks on her bedroom door. He had knocked once at 4:30 p.m., and then again at 5:30 p.m. He shared as much with Sanjay Dewan, who called up Sir Ganga Ram Hospital at around 6:55 p.m., asking for a doctor to come and check on Sunanda. Dr Rajat Mohan, a senior consultant cardiologist at Sir Ganga Ram Hospital, was asked to go to The Leela to attend to Sunanda Pushkar. Dr Mohan told the hospital doctor who had called him about the visit that he would see Sunanda between 8:0 and 9 p.m., after finishing his OPD hours.

At 7:20 p.m., Sanjay Dewan made another call to the hospital as a doctor was yet to reach The Leela. He offered to send a car and even volunteered to personally go and pick up the doctor.

In the meantime, Tharoor who had gone to a hotel to deliver a talk after the AICC meeting, returned to The Leela around 8:15 pm and went up to the suite with Sanjay. Sanjay and Narayan told him about Sunanda not responding to knocks on her door. Tharoor opened the bedroom door with his key and went in. He emerged after a few minutes, looking troubled, and told Sanjay that Sunanda was not responding and something seemed very wrong.

Sanjay called Dr Mohan again. The car he had sent for the doctor had arrived at the hospital. Sanjay urged the doctor to come as soon as possible ‘as Sunanda was very sick or probably no more,’ Dr Mohan later told the police in his statement.

According to Dewan’s statement before the Sub-Divisional Magistrate, Alok Sharma, who had carried out inquest proceedings in the case, there were at the time four persons present at the suite other than Tharoor: Tharoor’s personal assistant Rakesh Kumar Sharma, Narayan Singh, Tharoor’s driver Bajrangi and Dewan himself.14

Sanjay also called the hotel to ask about the in-house doctor. A few minutes later, Dr Rajat Mohan arrived, followed by the hotel doctor. It was Dr Mohan who examined Sunanda. She was lying on the bed, wearing a lavender two-piece night suit, and her eyes were closed.

Within minutes he looked up and declared that she was dead. It was about 8:30 pm.

Tharoor’s face wore a look of utter disbelief. After a few numb minutes, he took out his cell phone and dialled a number. The call appeared to have been answered immediatley. ‘Ra,’ said Tharoor into the phone, ‘she has left us.’