Sometimes there are separations (Day 1253) 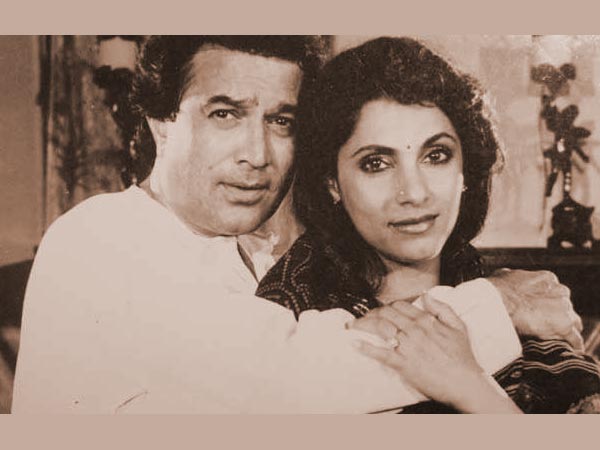 I’m unable to recall serious separations of film actors during the sixties decade but in the seventies two couples with great love stories parted mysteriously. Rajesh Khanna -Dimple Kapadia and Raakhee- Gulzar.  Khanna proposed to the Bobby star in a dramatic fashion and Dimple was over the moon to become Mrs Superstar Khanna.  A decade and two children later, Dimple realized that life was not a film.  She was back to where she belonged, the cameras! Khanna and Kapadia lived separate lives but were united in crisis and it was Dimple and son-in-law Akshay Kumar who nursed an ailing Khanna in his final days.

For Raakhee it was love at first sight with writer director Gulzar who has apenchant for Bengali culture, cuisine and women. Both were soaring in their respective careers and began building their love nest in Pali Hill. The real reasons for their split is unknown after all these years but rumors say Gulzar disapproved of a working wife and Raakhee a big star of the seventies was unable to steal away from the tempting offers. The duo separated after the baby. Raakhee stayed back in her maiden home, a few bungalows away from Gulzar. After so many years Gulzar and Raakhee are best of friends.