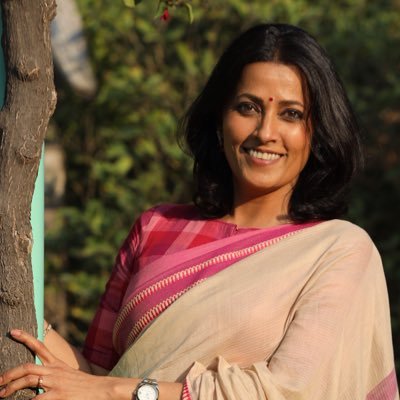 Saina Mirza’s family has not stopped smiling ever since they’ve watched Amol Gupte’s film Saina (released in cinema halls and soon to stream on amazon prime). It is unusual for a subject to ever be completely satisfied with his/ her biopic but Saina is that exception. The Nehwals phoned Meghna Malik, who plays Saina’s mother to express her appreciation for her performance, said, “Your every emotion, expression, gesticulation, made her feel that I was watching myself on screen, how could you get it so right?”

And to think that Meghna almost did not do the film. She appeared for the audition when she was down with malaria and when she did not receive a call from Gupte’s office after weeks, she feared she had lost the role. She had spent a lot of time researching the character, watching Nehwal videos and felt depressed that she will not play Usha Rani and so on an impulse, dressed in salwar kurta, tied her hair in chotti and landed at the director’s office unannounced. When she was led into his cabin, she took off in Haryanvi dialect just as Usha Rani had done on the badminton court. The director was initially zapped but recovered instantly and confirmed Meghan for the part.