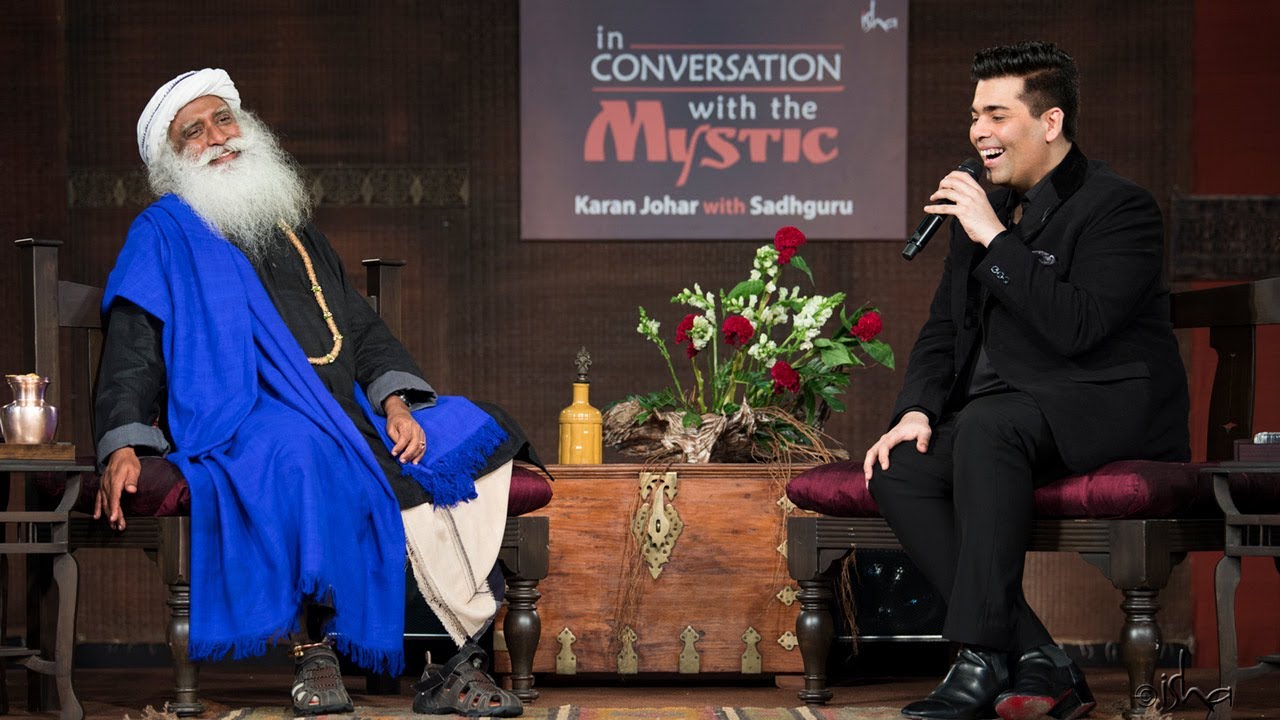 The program begins quietly and unobtrusively with a live performance from a devotee and when the song ends, it is time for Sadhguru and Karan Johar to make an entry. There is excitement in the atmosphere as the duo walk towards the stage. Many in the audience rise in reverence, some of them start clapping, some start chanting and some rush toward the front row to get a closer view of their guru and some to touch his feet.

There are big screens put up on either side of the stage for those seated behind to get a closer view of the program.  From where I am sitting I observe that Karan Johar looks self-conscious. It is not as if he is not used to adulation but the hysteria generated by Sadhguru among his devotees is of a different beat.  They make a strange couple, Karan in his Black suit and shining shoes and Sadhguru clad in purple robes carefully co-ordinated with pastel turban and colourful beads dangling from his neck and arms. They make a magnificent picture as they walk up the wooden stage decorated in orange silk and fragrant orchids. Sadhguru sits decorously on the centre ornate chair, one foot cross-legged and the other rested on the ground while Johar parked on his left prefers to be at the edge of his seat, his right foot resting on the reclined left foot. A sparkling copper pot filled with water is placed beside Sadhguru while Johar has a ceramic mug holding his drink.

The host introduces the panellists, the topic for the afternoon and everyone is geared up for the session. Karan begins by saying that he has never done something like this before, but there is always a first time and he has done adequate research on his subject to make it an enjoyable experience for all of us.