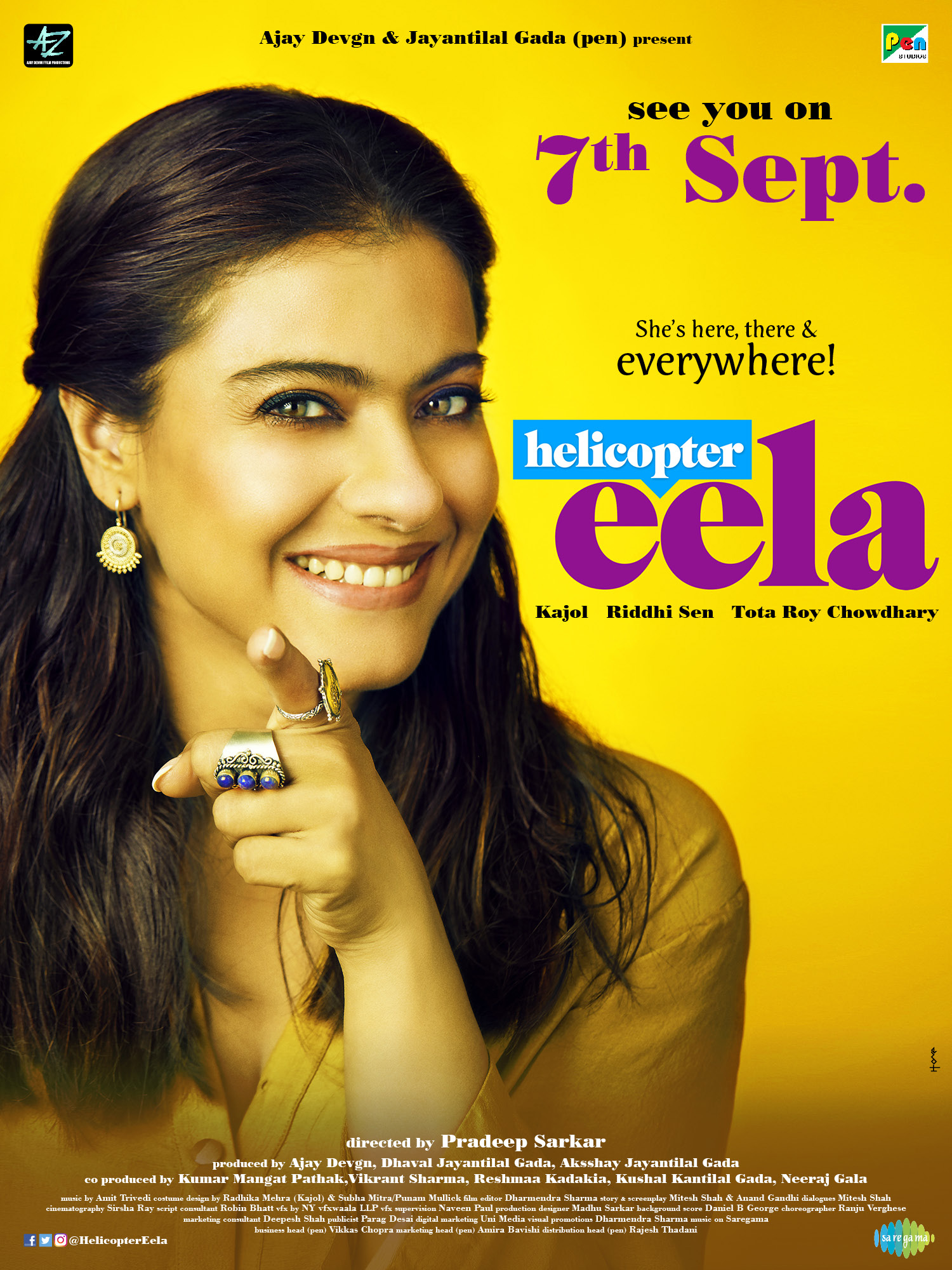 The stars are getting more and more media savvy and the latest to start a trend is Kajol and Ajay Devgn who have chosen to announce the new release date 7th September 2018 of their upcoming film Helicopter Eela on social media. It is a super idea and miles ahead of the conventional press notes and press conferences.

Kajol and Ajay were planning to do something together for a long time and finally they have found a project both are looking forward to. Starring National Award winning actor, Riddhi Sen who will be playing Kajol’s son, the film has Neha Dhupia and Tota Roy Chowdhary. Directed by Pradeep Sarkar and written by Mitesh Shah, the film will see Kajol playing a single mother and an aspiring singer.

Last seen together in Pyaar Toh Hona Hi Tha this time the husband will be behind the scenes as the presenter of the film in association with Jayantilal Gada of Pen.