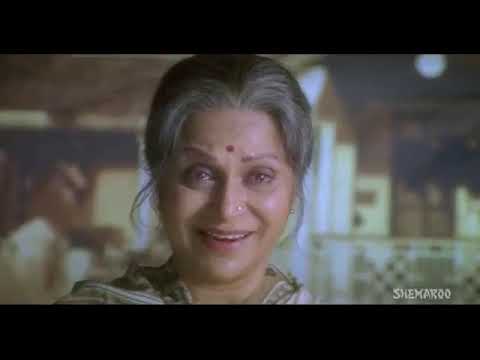 There is a light change and everyone plonks on the sofa till the camera man is ready. Anupam uses the break to brief his actors for the next scene. “You are supposed to be less excited and more natural” he tells Abhishek. Waheeda Rehman looks at him expectantly but he dismisses her, “Aap ke liye koi instruction nahi hai” then turning to me says, “My only grouse against my idol/ Rehman is that she is too regal looking to play a middle-class mother.”

Rehman does not agree, she says, an actor can look any part as long as she has the right costume and an authentic set but yes, projection is also about perceptions. “All through my career I was never perceived in wicked roles. While shooting Teesri Kasam Raj Kapoor said I was too soft faced to play a nautch girl but the director wanted me do the role. You find me regal now because you have not given me a crumpled saree, give me a poor sari and I will look a poor character”. “I can’t” laughs Anupam Kher, “Because I am making a commercial film not an art house film, and my audience wants to watch Waheeda Rehman not a poor mother”.