The Story So Far – On Screen, Off Screen 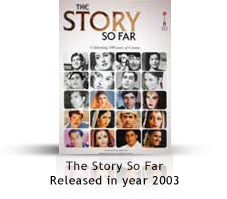 The Story So Far – On Screen, Off Screen
Published by the The Express Group
Released in the year 2003
Priced at Rs.450/-

The Story So Far is a veritable treasure trove of information for the film buff. Published by the Indian Express Group of Newspapers, it makes for a good reference book for those who want to do research on cinema, and adds to the knowledge of those “who feel passionately about Hindi cinema.”

Divided into four sections, it records landmark happenings in Hindi Cinema and Music over the decades. With exclusive pictures the book also provides listing of the most popular songs of the decade.

The book was released at Screen Awards by Salman Khan and Rekha. At another event held at Crossword, the book reading was done by Tusshar Kapoor and Juhi Chawla. 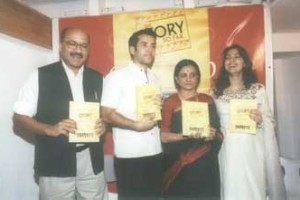 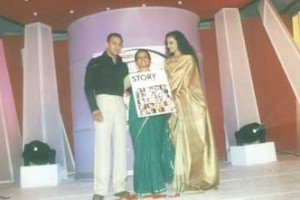 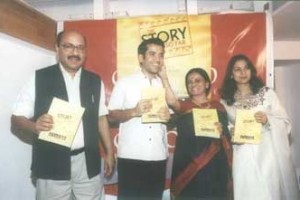 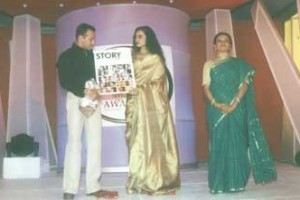 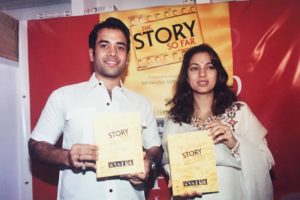 Indian cinema is a fascinating story everyone wants to know about. A lot has been written about it but somehow nothing you read is sufficient because you are always missing that specific piece of the puzzle you want to put together. Published by Indian Express Group to what appears more for an inhouse circulation, the book is a glossy production with color pictures about what happened once upon a time on celluloid. Many mileston films and filmmakers, music directors and writers seem to be missing because it is not possible to include all films in a 322 page book. It is never easy to document history but writer Bhawana Somaaya and team make a sincere effort to put together a summary of 100 years of celluloid.