Krishna – The God Who Lived as Man (translation) 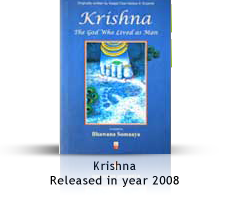 Krishna – The God Who Lived as Man (translation)
Published by Pustak Mahal
Website – www.pustakmahal.com
Released in the year 2008
Priced at Rs. 350/-

Krishna — The God Who Lived as Man, originally written as Krishnaayan by Kaajal Oza-Vaidya, is translated from Gujarati to English by the eminent film critic Bhawana Somaaya. With seven books on show business to her credit, this is Bhawana’s eighth book and her first attempt in fiction and transcreation. After Fragmented Frames, this is her second book to be published by Pustak Mahal, this time under the imprint Hindoology Books, which is dedicated to exploring Hinduism and enlightening the readers about the various remarkable aspects of this religion.

The book is an imaginary, but close to real, account of Krishna’s life. It is an insight into his life as he looks back in time and ponders over the life he had lived. After the torturous Yadava yatra to Somnath where Krishna witnesses the devastation of his entire lineage, he arrives with a bleeding foot to Prabhas Kshetra.

It is here resting beneath a peepal tree before the river Trivenisangam that Krishna reflects on the four most important relationships in his life — his wives (Rukmini and Satyabhama), beloved (Radha) and friend (Draupadi). Four contrasting personalities but bonded in a magnificent obsession, Krishna.

The Book was released at Hotel Orchid, Bombay by Rani Mukherjee. Shabhan Azmi and Ashutosh Gowariker read the passages. Javed Akhtar spoke on the mystique of Krishna 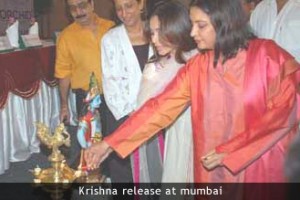 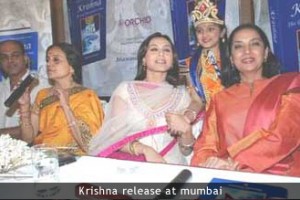 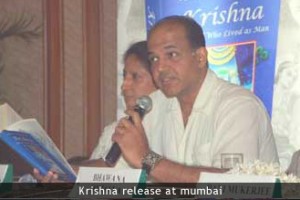 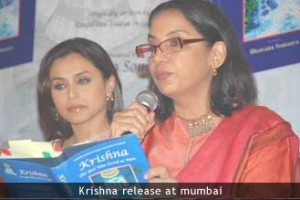 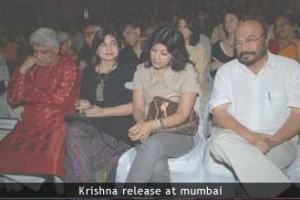 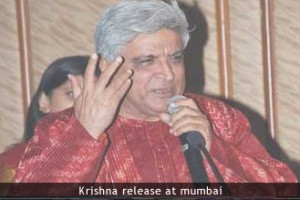 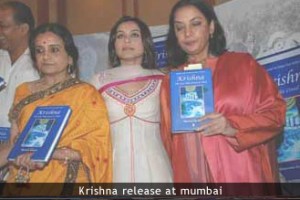 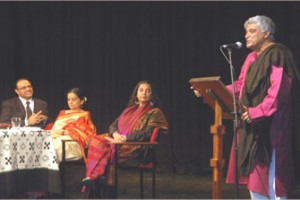 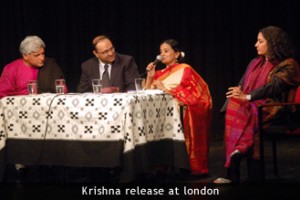 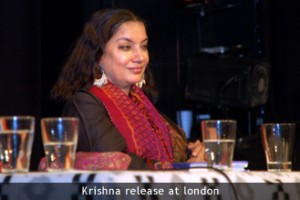 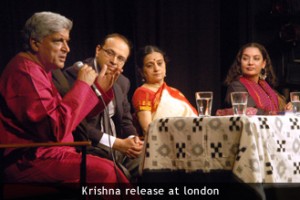 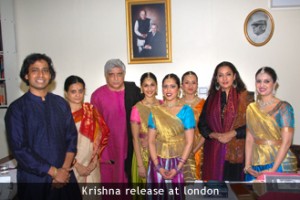 The only way I can describe this book is that I loved it immensely. I read it as start to finish in one go and recommend it to every one who believes in Lord Krishna and life.