Bachchanalia – The Films and Memorabilia of Amitabh Bachchan

Published by Osians-Connoisseurs of Art Pvt. Ltd.
Website – www.osians.com
Released in the year 2009
Priced at Rs.3500/-

A collector’s item of Bachchan’s 135 films over 40 years with film posters and stories behind the scenes. In his four-decade long career Amitabh Bachchan has been a witness to all the turning points in show business both on and off screen. He symbolizes the evolution of Indian cinema in creativity and technology. His growing stature from an actor to a superstar is evident from his altering body language reflected in the film posters over the decades. He stands testimony to the changing trends in cinema as well as the socio-political scenario in the country. Amitabh Bachchan will always remain the touchstone of the entertainment business.

The book was released at Tata theatre,Bombay by Aamir Khan. 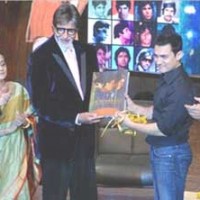 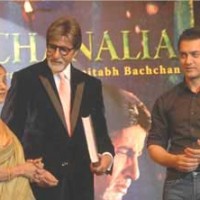 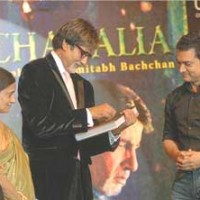 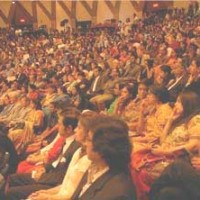 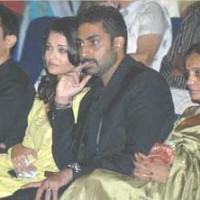 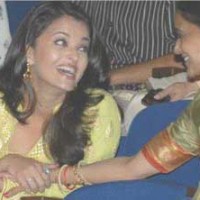 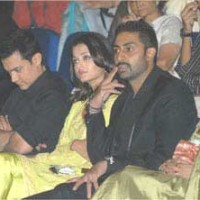 Published by Osians this is a spectacular production, an awesome coffetable book completely worthy of an icon called Amitabh Bachchan. Reproducing posters and credits of all Amitabh Bachchan films spanning four decades, this is a collector’s item for every cinema lover and importantly, Bachchan lover. Granted that the book is very expensive ( Rs 3,500) but iit is worth the investment because you have Amitabh Bachchaan from Saat Hindustani to Last Lear in on one package and it is a pleasure to watch his pictures change and transform from an awkward 27 year old to patriarch. It is when you flip the pages that you become aware of the megastar’s enormous body of work and realize that while the critics were busy tearing apart his movies and performances, he silently continued to work, which is why Amitabh Bachchan is a legend and has done more films than any of his contemporaries or rather any actor in film firmament.