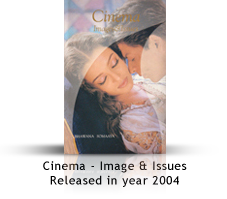 The book carries some scattered observations and impressions from an editor’s notebook.

Capturing the fragmented frames of cinema. Some explored as academic study, while some retained as stubborn memories that refuse to fade. The collective images celebrate an undying passion for the fascinating medium.

The concerns for the issues came in much later. After one had sufficient exposure and the confidence to disagree and debate. One discovered that the same films evoked different responses and interpretations during different decades of growing up. And perhaps that’s the essence of cinema. To break the illusions and conjure new images.

The Book was released by Sanjay Leela Bhansali at the Screen Awards, Mumbai and by Kirron Kher at Los Angeles Film Festival in LA. 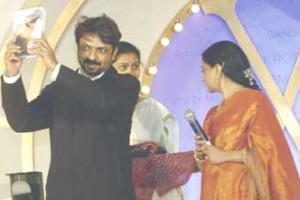 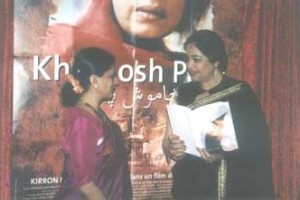 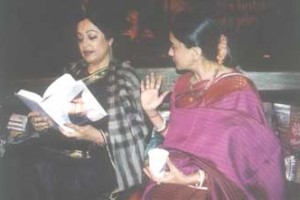 The cover of the book has a romantic picture of Aishwarya Rai romancing Shah Rukh Khan from Devdaas and it is dedicated to late poet and lyricist Kaifi Azmi who had a song for every mood and occasion – kuch dhadkanon ka zikra ho kuch dil ki baat ho… The idea is unusual and the index reveals that the content is a compilation of the author’s editorials over the years. Bhawana addresses sensitive issues related to cinema like seduction in movies and offers rare insights into common topics. She salutes the filmmakers behind heroines oriented films and describes how festivals are portrayed in films be it holi, navratri, Christmas, ganesh chaturti, gokulashtami or diwali. Divided into 96 chapters and 389 pages the book draws images of a political, social and literary India and yes, like writer Kaifi Azmi songs there are varied moods and moments in the book published by Rupa.