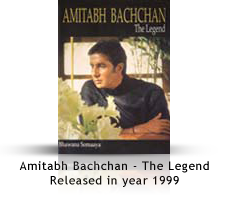 Published by Macmillan, the author captures the roller-coaster life of a superstar through incisive, introspective interviews. And the protagonist, Amitabh Bachchan, takes it all head-on, emotional choices, professional commitments, candid confrontation with controversies, allegations et al.

Surviving both, the near-fatal accident on the sets, and political cesspool in real-life, his reflective personal accounts are beautifully blended with intimate analysis rendered by his actress-spouse Jaya Bhaduri, leading ladies and colleagues.

A scintillating documentation of a legendary other success. A collector’s proud possession.

The Book was released at Crossword in Mumbai preceded by a press conference in Delhi. 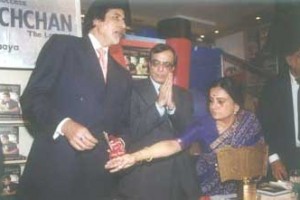 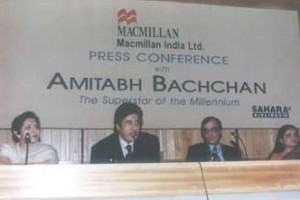 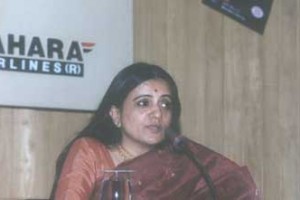 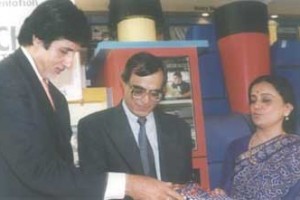 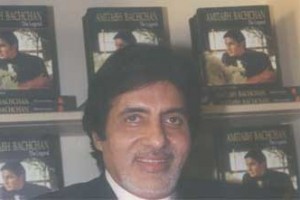 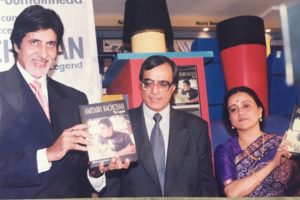 AmitabhIt Bachchan is portrayed as a man of few words by the media so a book on the superstar is a great attraction for his admirers and fans, particularly when it has a sensitive cover shot by ace cameraman Gautam Rajadhyaksha and authored by well known journalist Bhawana Somaaya. Amitabh the Legend is the first autobiography of a celebrity to be documented in the form of a conversation, an unusual format. The book is special for its emotional content and exclusive pictures of the actor from his personal album. Bachchan travels his life and career with a rare candour and author Bhawana Somaaya lets his voice dominate the narrative interrupting him only to either to contradict him or gentlt lead him to another topic. There are specific chapters devoted to Amitabh Bachchan’s filmmakers /costars and family and after reading the book you realize why there has never been a superstar like him.